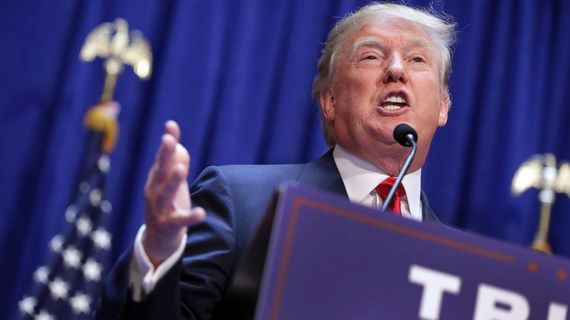 Perversely captivating real estate mogul Donald Trump has done this country a huge service by bringing to light, however inartfully, the dangers of illegal alien felons, sanctuary cities, and the Mexican government's adroit shepherding of the country's most unwanted to the U.S. southern flank. The Donald has also stridently highlighted President Obama's deliberate, feckless and politically cynical enabling of all three.

However, unless Trump hires - and uncharacteristically heeds - some courageous handlers (his self-congratulatory, policy-light, often incoherent, Arizona monologue was a disaster) to put policy meat on the bones of his basic rant, he will blow his moment, just as other outsider populists of his entertaining ilk (e.g., Pat Buchanan, Jerry Brown, Jesse Jackson, Sarah Palin, Ron Paul) have done before him.

Subsequent to the reality star's inevitable implosion, here's how I see the 2016 U.S. Presidential race shaping up and shaking out. After further alienating swing Latino voters with Senor Trump's red meat circus, the GOP's best hope for gaining the party's much-coveted presidential mantle might be in winning back predominantly white Great Lakes states that turned Democratic blue after Bill Clinton's first presidential triumph back in 1992. The GOP's best chances in these "purple states" lie in Wisconsin, Ohio and Iowa. Indiana is now firmly back in the GOP fold, after the historic black turnout there for Mr. Obama in 2008. Illinois (Mrs. Clinton's birthplace), Michigan (which even a native son like Mitt Romney couldn't carry) and liberal Minnesota remain general election long shots.

Winning at least three Great Lakes states takes on added importance because of dramatic demographic changes out west. Those changes - capitalized on by Obama's Latino coalition, and solidified by Trump's Mexico-bashing - mean that the GOP has likely already lost the Hispanic-dominated swing states of New Mexico and Nevada.

However, Colorado remains an outlier. The centennial state's legal pot status has drawn in large numbers of liberal Democratic voters from other states. However, recent spikes in deaths from edibles and other pot-related harms have caused conservative and moderate Coloradoans to have second thoughts about their state's status as America's pot Mecca. A voter initiative that undoes all or part of Amendment 64 could bring out huge numbers of conservative voters to the polls come November, 2016, even if such a measure is unlikely to pass.

In addition, there's a tiny opening for an adroit Hispanic GOP candidate in all three of these western states, regardless of what Colorado voters decide about weed. However, to succeed, such a candidate would also need help from a lackluster performance by the Democratic nominee (likely to be Hillary Rodham Clinton, though Vice-President Joe Biden could make it a horse race; and Bernie Sanders will not go quietly into that Socialist night). Unfortunately, being Cuban (Cruz, Rubio) does not hold as much sway in western states as does being of Mexican or Central American descent (which are the predominant regions of origin for most Hispanics out west, unlike back east, which draws heavily from Cuba, Puerto Rico, and the Dominican Republic). 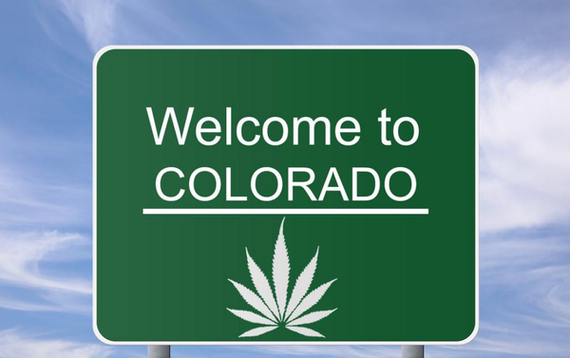 For these reasons, I've always liked the Northeast strategy centered on a moderate, straight-talking Chris Christie. However, that does not seem as viable after the New Jersey Governor's plunging poll numbers post Bridgegate (even though three separate investigations found him not culpable).

Nevertheless, if the GOP pairs moderate Christie with indomitable Wisconsin Governor Scott Walker, or Christie with popular Ohio Governor John Kasich, they not only put Wisconsin, Ohio and Iowa in play, but also New Jersey, moderate Maine, and libertarian New Hampshire too. As the website 270ToWin.com makes clear, if a Republican candidate won all those states, plus Colorado, winning either Florida or Virginia would no longer be necessary.

The GOP could also pair former U.S. Pennsylvania Senator Rick Santorum with Walker (they are both hard-line social conservatives), and, thus, put the Keystone State in play. A Walker-Santorum ticket could lose Colorado, Virginia, Maine, New Hampshire, and Florida, and still capture the Presidency, should the Great Lakes states of Wisconsin, Iowa and Ohio, and the Northeast states of Pennsylvania and New Jersey pan out.

All that said, the top minds in the party think the GOP's best path to victory is to win some Great Lakes states, plus both Ohio and Florida. The range of candidates that will help the GOP follow this narrow road to victory includes, but is not limited to: John Kasich, Scott Walker, Marco Rubio, and Jeb Bush. Everyone else besides Christie that is remotely relevant - from Arkansas' Mike Huckabee, to Louisiana's Bobby Jindal, to Kentucky's Rand Paul, to Texas' Rick Perry and Ted Cruz, to South Carolina's Lindsey Graham, to California's Carly Fiorina, Maryland's Ben Carson, to New York's George Pataki - do not help the party in this vital equation because they either hail from Southern states that the party already has in the bag or from states that the party, short of a landslide, has no chance of winning (California, Maryland, and New York). If geographically undesirable, but demographically crucial, outsiders such as policy smart Indian-American Jindal or cocky smart Cuban-American Cruz break out in the debates, they could ensure themselves a place at the table. However, first they must get in the debates (which is no guarantee, since you have to be in the top 10 in an average of five different polls to get on the dais).

Rubio and Bush hail from delegate-rich Florida, whose Cuban-American voters are smarting from Obama's normalizing of relations with the Castro regime, and whose Jewish voters will likely not take too kindly to today's historic, if fairly weak, nuclear inspections deal with Iran.

Thus, if a Great Lakes-Florida hammerlock is the Holy Grail, a Walker-Rubio ticket, a Bush-Walker ticket, a Rubio-Kasich ticket, a Walker-Kasich ticket, or some other configuration from these four candidates could represent the best possible paths to GOP victory in 2016. 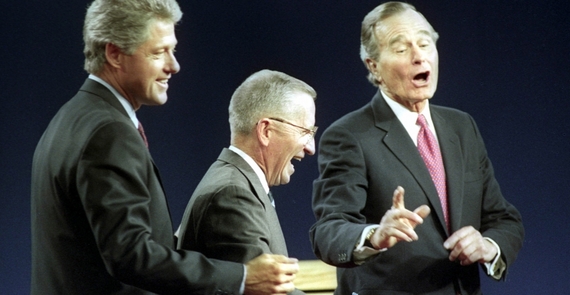 Of course if the "short-fingered vulgarian" - to borrow a Spy Magazine term of endearment for Mr. Trump - runs as a Independent, then, as in 1992 (when Ross Perot stole huge numbers of the GOP vote), the Republicans don't have a prayer, no matter whom they run.