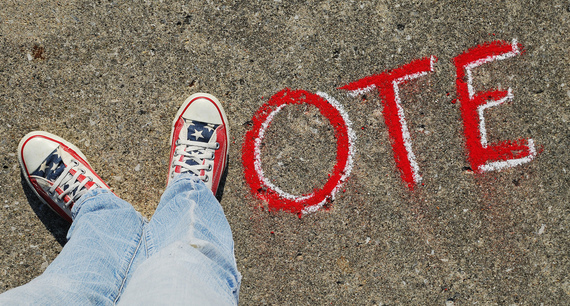 The morning after the election I leaned my head against the window of the school bus wearing an over-sized jumper and listening to Bridge Over Troubled Water. I was still in shock.

I had woken up early that morning - an unprecedented occurrence - and had been greeted with a barrage of texts articulating general disbelief. Groggily, I had unlocked my phone, opened google, and simply typed "who won."

Sitting on the bus over an hour later, I had yet to fully accept that picture of a smug Trump with a check next to his name that had popped up on my phone screen. I knew I wasn't dreaming (I'm not exactly a lucid dreamer) but the world had taken on a surreal quality.

As the bus bumped along, it became increasingly difficult for me to wallow in my disbelief due to the increasingly loud chatter at the back of the bus. I was about to turn my music up to block out the talking, when I realized what was being said.

A group of ninth graders sit behind me on the bus. Their conversations are usually far from profound. That morning, though, their banter took on a different tone. One girl was describing how she had stayed up late glued to the TV screen with her father. When the results of the election were finalized, she sat on the couch and hugged her father for what she said felt like hours.

Another boy piped in about how he had woken up at 3:00 am he was so nervous. After seeing the results of the election, he hadn't been able to go back to sleep. The girl directly behind me let out an angry exclamation about how the electoral system was outdated and unfair.

At school, my friends were just as engaged as the ninth graders on the bus had been. I'd always briefly commented on the results of the conventions and the debates with my friends, but those conversations had lasted less than a minute before we had moved on to talk of upcoming tests or TV shows. As soon as my best friend caught sight of me though, she assaulted me with incoherent rambling about the evil polls from the previous night and about how she was definitely, definitely moving back to Korea.

The rest of the day, debates about Trump filled the hallways of my school. In computer systems class I talked with the boy next to me about how maybe a Trump presidency wouldn't be the end of the world. Maybe Trump wouldn't follow through on his campaign trail threats. During lunch my friends and I debated how a Trump presidency could hurt American legitimacy in foreign policy. 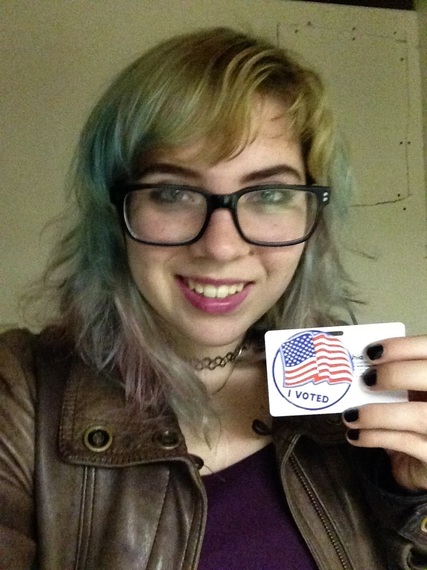 I'm a staunch Hillary supporter. I've gone campaigning for her, I wrote an Op-Ed for her, I even interned for her Virginia headquarters over the summer. I voted for her.

I hate that she lost, but there could be a silver lining to Trump's victory.

Following the election, I saw my peers more civically engaged than they've ever been. I don't think they would have thought about the results at all if Hillary had been elected president.

Clinton was backed by most voters under 30. That demographic has a low voter turnout, though, due mainly to apathy. This election could be the wake-up call that millennials need to realize how important it is for us to become more civically engaged. If we care enough to participate, we can change the world.