From a comfortable, self-absorbed life in New York City, you look at the situation happening at "home" -- a land far away and in political, social and economic turmoil -- and you feel many convoluted emotions. You're saddened, confused, frustrated, angry, passionate, curious, frightened, guilty, helpless -- this describes nearly all of the city's international students, workers, immigrants and expatriates who anxiously follow the news of the high-conflict zones where, in most cases, their family members still live.

For so-called Third Culture Kids, however, there is an added layer of confusion and complexity. It's the essential, existential question: where is home?

However, when one of those ancestral lands erupts in waves of unrest, many TCKs instinctively turn their attention toward its struggles and throw their allegiance to its people.

TCK Cleo Von Siebenthal is a third-year advertising and marketing student at the Fashion Institute of Technology. Born in Mexico to a mother from Hong Kong and a Swiss father, she moved extensively during her youth, living in Thailand, Indonesia, Malaysia, Japan, Saipan, Dubai and now New York. 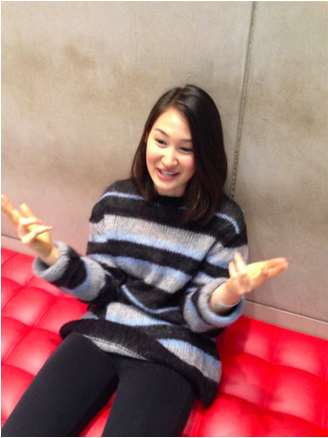 Von Siebenthal said that she feels much more connected to the Asian side of her family:
"When I'm in Switzerland, I feel like a complete stranger," said Von Siebenthal. "My cousin used to bring us to school plays. And everyone was so surprised that an Asian can have a baby with a Caucasian. People say rude things like: 'do you eat pandas?' Or: 'do you need chopsticks?' Even if they don't have chopsticks! Seriously!"

In Hong Kong, on the other hand, Von Siebenthal gets along well with people. In large part due to her appearance, she is not questioned or doubted upon meeting someone new. She has established a group of friends and can envision herself living there post graduation.

Despite these feelings of rootedness, Von Siebenthal admits that the Hong Kong's current political turmoil has left her feeling uncertain and disconnected.

In September 2014, members of a group that came to be known as the Umbrella Movement began to protest in main intersections in Hong Kong after China's Standing Committee of National People's Congress announced its decision on proposed electoral reform. The reform significantly lessens the voting power of Hong Kong. Though the tension between the Mainland Chinese and Hong Kongers has been ongoing, this was the tipping point for the Hong Kong youth.
Von Siebenthal watched the news from afar but admits to never truly understanding the deep crux of the issue.

"I've tried to understand it but it goes so far back," said Von Siebenthal. "You need to know the roots. For me, I see it as an issue between the mainlanders and the Hong Kongers that was fuelled by the original bitterness and this was kind of the last straw."

Politics has never interested Von Siebenthal and she puts that down to her TCK roots. She is moved when she sees people in one nation so supportive of one another and so loving of their country, despite the unfortunate circumstances needed to bring this affection to the surface.

"I'm very much like, if I don't know enough, I won't participate," said Von Siebenthal. "For voting, I wouldn't vote for anyone in any country because first of all I don't know where I'm from. I'm not going to put a vote down because my friends are doing it."

Ultimately, Von Siebenthal admitted to feeling a bit guilty for not knowing the full story of the protests from start to finish. She admitted that she wished she could contribute to heated conversations on the topic, but her friends respect her silence because they are aware of her complicated background and undefined allegiances.

For other TCKs, the passion and heritage runs much deeper.

Ayah Bazian is a fourth-year Palestinian-Jordanian film student attending New York University's Tisch School of the Arts. She was raised her entire life in Jeddah, Saudi Arabia. Her grandparents left Palestine after the war in 1948 and her family has been in Jeddah every since.

Bazian sees Palestine as so much more than just a home.

"It sort of feels like a dreamland," said Bazian. "I've heard so much about it. I've seen so many films about it. But I can never actually touch it. It feels like this sort of intangible goal." 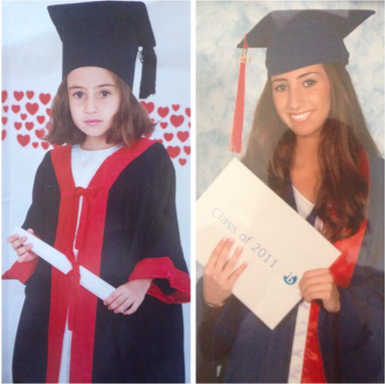 Despite never having been to Palestine, Bazian feels immensely close to the culture. She said that if you speak to her grandparents, who have been living in Jeddah for 60 years, it sounds like they were in Jerusalem just yesterday. They have not been influenced by Saudi culture at all.

Bazian said that her family home in Jeddah retains the relics of their homeland. Every painting in the house is of the Al-Aqsa mosque. All the furniture and décor is distinctly Palestinian. All the books they read, movies they watch, and food they eat: Palestinian.

This devotion to their faraway roots isolates them from Saudi society, said Bazian, which places a high value on national pride.

"In my high school growing up, if you were Syrian, Lebanese, Egyptian, Jordanian, you were kind of second class," said Bazian. "If you were Saudi, you were cool. The country where I'm from doesn't exist for me anymore so I had to work twice as hard for people to see me as someone who saw Jeddah as home."

With fellow Palestinians however, Bazian always feels there is something to relate: upbringing, the struggles of fitting into an adopted society, a shared passion for the cause. She cited uneasy relations, however, with those actually grew up in Nablus or Ramallah or other Palestinian territories:

While Bazian concedes her fear of going 'home' to Palestine and feeling foreign, she would see it as a dream recognized and actualized.

There are older TCKs, well into their 40s and 50s, who retain their inner conflict about their identity and their preoccupation with the politics and general well-being of their home nation, no matter how long they have been absent.

Dr. Ayda Erbal is a 42-year old Turkish-Armenian professor of political science at New York University. Born in Turkey to Armenian parents, Erbal spent her youth in Turkey moving from an Armenian school, to French school, to an American university in Turkey before settling in the United States aged 24 after earning her PhD.

Erbal consistently described her self as "in this in-between situation." Particularly given the historical rift between Turkey and Armenia over the Armenian genocide, Erbal grew up feeling unstable and uneasy in Istanbul. She was connected to the culture in obvious ways: food, music and language. But she always felt alienated in matters of politics because she was born an Armenian. 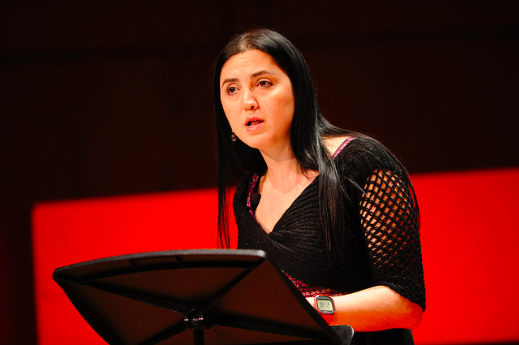 "My parents were afraid I was going to speak too much," said Erbal. "I was a 'genocide minority' where in this case the state does not accept any responsibility."

As affirmed in the book "Third Culture Kids: Growing Up Among Worlds" by David Pollock and Ruth Van Reken, Erbal is an example of the TCK that learned "how to view the world from different philosophical and political perspectives." Van Reken and Pollock argue that TCKs' expanded worldview clashes with their conflicting origins and loyalties.

Erbal is irked by Western claims that Turkey is a state of political and social unrest. Though she admits there are regular corruptions probes, she said that Turkey has undergone significant positive change with regard to balancing resources, freedom of speech and being an important player in the region.

Erbal points out that while being from Turkey is a major part of who she is, she credits her studies far more than her national identity in shaping her thought processes and political opinions.

Erbal admitted that she does have guilt over not being in Turkey right now, especially given that all her family is there. She also said that she knows she is just one person and she can't change the world on her own.

Like many TCKs, Erbal questions whether someday "going back" really means going "home."
"I only belong to cities," said Erbal, sighing. "I may change. I don't fit to a normal of sorts, for whatever reasons."

Ultimately, whether a person of confused allegiance, a person with a desire and passion to return home or a person who has been away so long that "home" is no longer in sight, a TCK will look to their origins as they attempt to understand and better themselves.