Don't be afraid to delegate. Listen to your co-workers. Be open to dialogue but trust in your decisions. Know what you don't know. 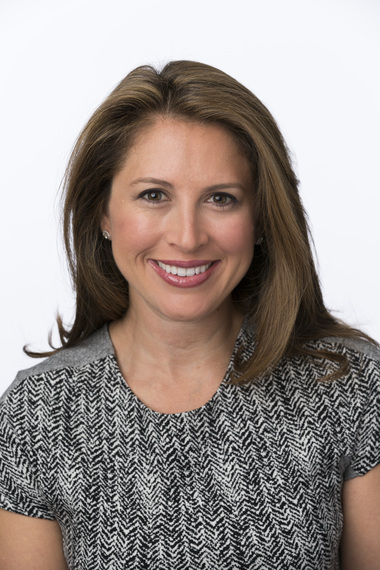 As Senior Vice President of Digital Media for the National Basketball Association, Melissa Rosenthal Brenner has led the development, oversight, and implementation of the NBA's global digital strategy and social media portfolio across multiple media platforms. In that role, she has forged groundbreaking deals with leading social media companies such as Facebook and Twitter, found innovative ways to incorporate social media throughout the league's wide array of assets, and helped NBA partners maximize social media opportunities with the league. In addition, Brenner manages the league's relationship with Turner relating to NBA Digital, where she is responsible for the development and oversight of NBA TV, NBA LEAGUE PASS, NBA.com and various NBA mobile content offerings.

Under her leadership, the NBA has built one of the largest social media communities in the world, with more than 800 million likes and followers combined across all league, team, and player pages on Facebook, Twitter, Instagram, Sina, and Tencent. Brenner has been instrumental in the NBA's achievement of many milestones in the social media space, including the first professional sports league to partner with YouTube (2005) and Facebook (2007).

Brenner previously managed the league's marketing relationships with broadcast partners ESPN/ABC and TNT. She also ran the search for the league's former agency of record, Goodby, Silverstein & Partners, and developed and maintained the league's relationship with Cartoon Network.

A member of the NBA family since 1997, Brenner has worked in the Consumer Products Marketing, Advertising, and Marketing departments. She holds a bachelor's degree from the University of Pennsylvania.

Brenner lives on the Upper West Side with her husband Joe and their two children, Sadie and Jack.

There's a lot said about 'getting to the next level' as a professional. Can you explain a little about how you initially broke through in your career, to becoming SVP Digital Media at the NBA?

My parents were big proponents of finding a career that you love. I am a huge sports fan and thought a career in sports seemed like a natural fit. During my senior year of college, I got a job at a small sports licensing company in New Jersey. After a year, I heard about a job at the NBA through a mutual friend. I have now been at the league for more than 18 years.

What achievement are you most proud of to date?

What in your opinion, is the key to your success?

Hard work, great mentors, a bit of luck and a supportive husband(!)

If you could perfect one new personal quality, what would that be?

Be a more patient listener.

Have you ever been 'professionally stuck'? How did you become 'unstuck'?

Of course. Everyone has those moments. I think I've just been lucky enough to work with senior, experienced people who wanted to see me succeed, and they helped me get "unstuck".

Why digital media? (tell us a little about why you were drawn to this as a career, what has kept you there)

I love how quickly the digital space moves and the number of challenges and disruptions it presents. To a certain degree, I was in the right place at the right time - the league was looking to do more in digital and social media, and I was already connected with those companies.

What would you like to achieve in the next 2 years? How about the next 5?

Continue to create the best digital experience for NBA fans across the globe.

What qualities do you believe are most important to be a leader? If not all these qualities came naturally, any tips on how to cultivate them?

Don't be afraid to delegate. Listen to your co-workers. Be open to dialogue but trust in your decisions. Know what you don't know.