Noah Pozner was barely six years old, the youngest victim of the 2012 massacre at Sandy Hook Elementary School that claimed 27 heartbreakingly young lives. In the wake of that unthinkable tragedy, Noah's mother chose to do one of the most strikingly brave things I can imagine: she insisted that his coffin be open, though his jaw and the lower part of his face were missing. She insisted that people see what gun violence really looks like.

As a mother myself, that brought me to my knees.

Do you know what a six year old child is like? They are open and loving. Relentlessly inquisitive. Fearless with their questions and statements. Full of boundless energy and joy. Infinitely hopeful and forgiving.

And thank God they are that way, because apparently we will not protect them from horrors their precious souls will have to forgive.

I was naive enough to believe that Sandy Hook would be the end of it, this gun violence that is a plague on our great nation. Surely we would not step over the bodies of Noah Pozner and his classmates and do nothing.

Yet October 2015 opened on a sobering note: on a college campus in Oregon, at least 10 people died and 7 or more were injured when a gunman opened fire. Details are slow to emerge, and I am usually one to wait for all the facts. I am also usually one to bite my tongue and avoid political and polarizing topics. But my tolerance has been exceeded here.

To be clear: I have no problem with American citizens owning guns. I have owned and handled them myself at various times. I enjoy shooting at gun ranges, as do many of my family and friends.

And yes, I understand the aversion to government regulation of anything. Really, I'm with you there. Government institutions are notoriously clunky. I weep every time I have to go to the DMV. Yet we rely on our government when we truly perceive a crisis. Think about it: three cases of Ebola turned us all into Chicken Little, visiting the CDC web site more than Facebook. But when it comes to gun violence, the sky really is falling, and still none of us seems inclined to do a damn thing.

The question that confounds me is WHY? We accept government imposition on so many fronts, presumably because we understand that we all benefit from certain rules and regulations. Why are we so averse to taking steps that will make all of us safer?

When I was growing up, my family made many trips from our home in Florida to visit relatives in New England. My brother was a baby on a few of these trips, and he made the journey in what my mother called a "car bed." It looked like this, and was wedged into the footwell behind one of the front seats of the car: 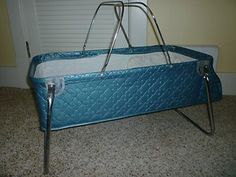 Now, when my little nieces and nephews travel, it's in a contraption that looks more like this: 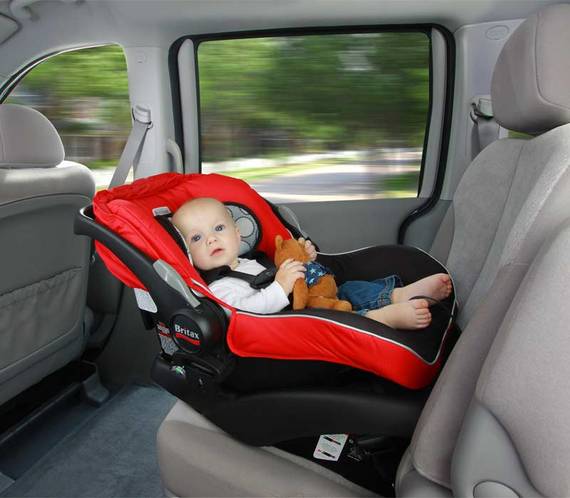 And amen to that, because they are so tiny and fragile, they need all the protection they can get. Staggering numbers of child deaths in cars made us reconsider our laws, and amend them for the greater good.

Why wouldn't we afford our children the same protection in other areas of life? And why, when we've grown and reinterpreted the Constitution in so many ways beneficial to our advancement as a society, would we not reevaluate the Second Amendment?

This is what a gun looked like when our Constitution was framed:

And this is what guns - in this case, the same brand and model as the one the killer at Sandy Hook used to destroy small children - look like now: 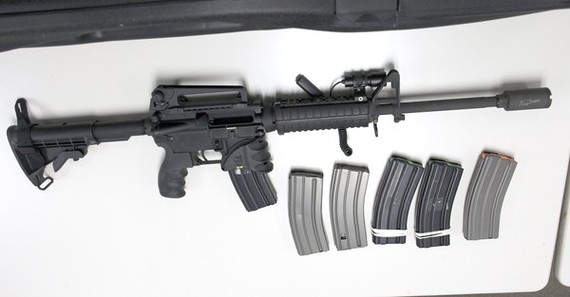 There is no reloading. No opportunity for defense. They are called 'assault rifles' for a reason. And there is absolutely no defensible reason for a private citizen to own one.

You want to shoot one? Cool. Let's have laws in place that make it possible for you to go and shoot at a non-human target at a gun range.

You think that's treading upon your Constitutional freedom? That some liberal, anti-gun government is going to come and enslave or eliminate you? Please. Think of what our government is already doing in warfare with drones. If they deem you important enough to enslave or eliminate, you're already done. That assault rifle won't help you. Those are only for the crazies with brutal intent.

And the truth is, we all know that.

As a mother, I cherish the memory of cuddling my child when he was small. I know what it felt like to tickle his fat little toddler toes, to kiss his soft cheeks. The idea of any part of that precious, trusting little body being blown away is unfathomable.

Yet we all must imagine that now. Think of anyone you love: your children, spouse, parents, friends. Picture the things you love about them - their smile, their embrace - then picture them obliterated in a brutal split second. Because that is what we are agreeing to when we refuse to address our national epidemic of gun violence.

And that is what it is. An epidemic.

Yes, I try to steer clear of political posts, but if this is political, then we as a nation are really doomed.

Fellow blogger Eva Glettner quoted Noah Pozner's mother in one of her posts about the Sandy Hook nightmare that never should have been:

"Twenty mangled little bodies are the price we paid on that day for the freedom to own high-power weapons that can be used in rampage killings. These six- and seven-year olds never had the opportunity to make a decision on gun control, they never got to elect the person who could best represent them in Congress on that issue, they had no say at all. They were born to a culture where violence is omnipresent and revered."

God save us all if we continue to take our culture down that path.

More:
united statesOregonParenting HealthChildren
Newsletter Sign Up
Raise the kind of person you'd like to know
Subscribe to our parenting newsletter.
Successfully Subscribed!
Realness delivered to your inbox