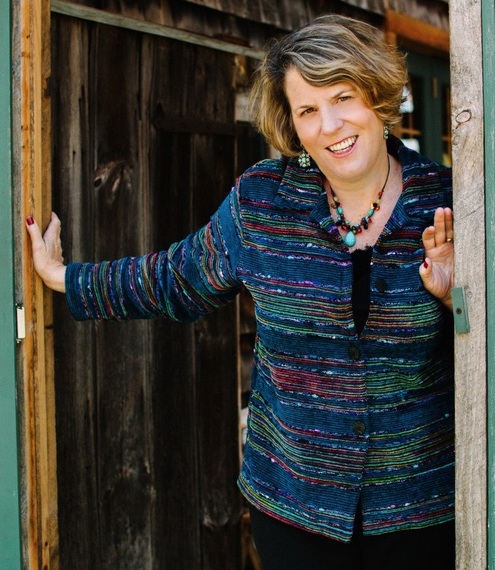 I live in Massachusetts, and I sometimes wonder what it is about the region that makes it such a fertile place for writers. The first year I lived here I went to dinner in my small town and was seated next to Andre Dubus III for crying out loud. I've been blessed to become friends with a number of local authors, such as the generous and wickedly funny Holly Robinson. Being a dog lover herself, she sweetly agreed to write a blurb for Rumplepimple's back cover. Holly's latest book came out October 6, and she was kind enough to take a few minutes to talk with me about it.

You, my dear, are impressively prolific! Congratulations on launching your sixth book, Chance Harbor:

Has your head started to spin?

It has, a bit, especially right now, because I'm launching a book while writing another one that's on deadline. But it's so much fun. I can't believe I'm lucky enough to do this work for a living.

The blurbs on my Advanced Reader Copy are from wonderful authors like Margot Livesey and Amy Sue Nathan. Tell me about this part of the process, and what it's like to read through the feedback you get.

I used to be terrified about the whole blurb process, where you have to contact writers and ask them to read your work, hoping they'll give you a positive review. Like most authors, I was anxious about getting bad reviews. Now I know that everyone gets them, and guess what? You'll survive. I also dreaded asking other authors to give up hours of their time to read my work, since I know how precious time is. But, as the years have gone by, I've learned that most writers are happy to offer a helping hand because we all know how tough this business can be.

Do you have an all-time-favorite blurb?

I think my favorite is actually the review I got recently for my new novel, Chance Harbor. It was from a Booklist reviewer, so it was a completely objective review, and I was really pleased when she said that my writing "keeps getting better." I always hope that my next book will be better than my last.

You write about family secrets, showing that they can create bonds between individuals and separate others. How did you get interested in this particular aspect of relationships?

I love reading novels about family secrets, especially if they're constructed like mysteries, as mine are, where the main characters keep uncovering these layers of truths and untruths as the plot progresses. I write about complicated families because my own was such a mess, with my parents divorcing, marrying other people and then remarrying. I, too, have been divorced and have a blended family, so I'm particularly interested in family bonds that are created when children are teenagers or even adults.

Several of your books have included teenage characters. In the case of Chance Harbor, Willow is a feisty teen who was abandoned by her drug addicted mother, and is being raised by her aunt Catherine. Is it hard to write with a teenage voice?

I find it quite natural. I used to be a high school teacher, and I also ran an enrichment program for inner city teens interested in math and science, so I've been working with teens pretty much since college. Now I have a family of five children, and the youngest is still a teen. Working with adolescents and writing about them is fascinating, because it's a time of so much experimentation and such painful explorations of self -- physically, emotionally and intellectually. You want to add conflict in a novel? Put in a teenage character, and voila!

You also often include an older character, in this case, Willow's grandmother Eve. I love that the older characters are just as enmeshed in love and life as the younger set. I know your mom is a great cheerleader for your work. Does she have anything to do with these women?

Of course! My mother is one of the strongest women I know, and always has been. She's also an incredible storyteller. Many of my novels are inspired by her accounts of true events involving friends or family, including Chance Harbor. I hope that the older women in my novels reflect her wit and resilience.

The character of Catherine faces her husband's particularly excruciating form of adultery. Do you want to talk about that, or would you prefer to let readers find out what the bonehead did?

Let's let the readers find out for themselves. But I do want to point out that, ultimately, Catherine's husband isn't the complete toad we first believe him to be -- right? Even he has his good points.

The settings in Chance Harbor range from sexy scenes on Salisbury Beach, to the bustling streets of Cambridge, to the isolated beauty of Prince Edward Island. How does the reality of place play into your writing?

In all of my novels, setting is never just place. The settings amplify the emotions on the page and often serve as extended metaphors for what's going on with the characters internally. In Chance Harbor, for instance, I chose to set half the novel on Prince Edward Island because it's a place I love for its isolated beauty, and one of the main characters, Eve, is struggling not to feel so isolated after one of her daughters vanishes and her husband dies.

I'm writing a new novel under contract with the same wonderful editor at Penguin Random House. It's already killing me. I can't believe what these characters have gotten themselves into already, and I'm only halfway through with the book. Wish me luck, please!

I'd be happy to do so, but with your dedication to the craft, no luck is really necessary. Instead, I'll simply wish you continued success.