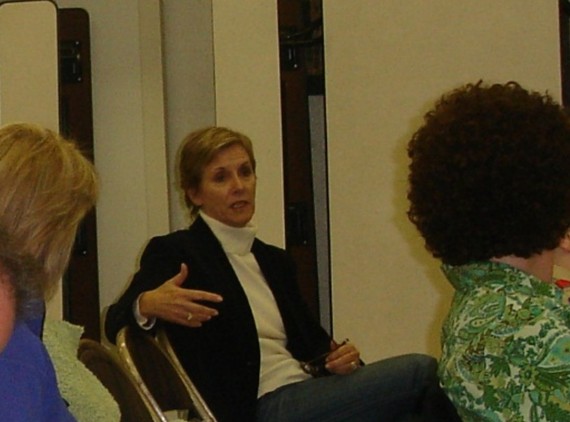 Gender Gaps
The topic of gender gaps in work, home, leadership positions, and areas such as STEM (science, technology, engineering, and math) continues to be debated in politics and the media. There are strong differences of opinion within this debate regarding the reasons for, or actual magnitudes of, gender gaps in these areas.

But here is broad consensus that, while females comprise a bit over 50 percent of the population, they comprise significantly less than 50 percent in many arenas of life or are far over-represented in others.

Why is this?
Debates rage about nature vs. nurture, social expectations and stereotypes, and much more. But have we looked at a potential underlying contributing source: the lack of education in our schools explicitly and factually teaching gender equity as law and norm? The foundational American belief of equality for all, may not be well or explicitly taught in our schools as it pertains to gender equality. Maybe our schools need to teach with equal vigor both E = mc and EF = EM (equality for females is as important as equality for males).

Teaching Norms Is Equally Important as Teaching Equations
Teaching our 21st century society's expectations on gender equality is a subset of providing the necessary exposure, basic understanding, and efficacy with broader American society's norms and expectations that students will need in order to make choices and succeed beyond school. Therefore, I would assert that there is a duty for educators to offer better exposure for -- and clear, direct teaching of -- the relevance, importance, and new norms for gender equality.

However, as many sensitive topics have been and are successfully taught (such as sex education) while balancing the wide and strong beliefs and customs associated with human behaviors, gender equality also needs to be definitively taught with a similar balance of information without proscription or denigration.

Besides the fact that equality -- not sameness -- for all is the law as well as the founding value of our country, here are five additional reasons why (and maybe how) gender education should be taught in our schools. 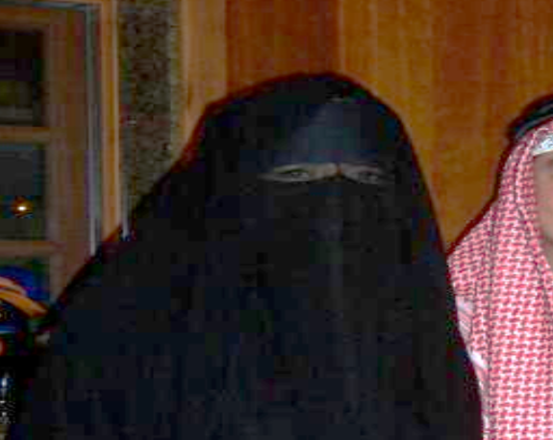 Reason One
The U.S. immigrant population is growing and coming from more differing cultures, enriching America's diversity, but also adding to and creating more minority communities. One in four children in the United States is part of an immigrant family, defined as at least one parent who was not born a U.S. citizen. Immigrant children are the fastest growing segment of the U.S. child population. According to the U.S. Census Bureau, one in five people in the U.S. population is first or second generation (foreign born or with at least one parent who is foreign born).

The probability is very high that an educator will have immigrant -- and certainly minority -- students at some point in her or his teaching career. Many of these students' families may have home cultures significantly different from mainstream America's. Many immigrant and minority families may not share religious, cultural, or social norms with broader American society, especially regarding male and female roles and gender equality.

Reason Two
It is the responsibility of public educational institutions to expose, explain, and impart a working understanding of historic and current customs, norms, general laws, social standards, and cultural trends of the United States to students. Educators cannot, out of a respect for minority or immigrant cultures, simply ignore and not teach minority or immigrant students the current standards, norms, and legal and societal expectations regarding something like gender equality in American society.

However, teaching students about this topic is not the same as implying that students must adopt all or most American norms, abandon home cultures, or that their personal or cultural beliefs are inferior. Educators have a responsibility to teach students about American society, but should avoid proscriptive exhortations, suggestions, or denigration of minority or differing cultural, religious, or social beliefs which may be held by minority and immigrant families.

A crucial fact to keep in mind is that minority and immigrant families, like all American families, are highly varied by family and between cultures. No one approach to teaching gender equality in America will be the right, most effective, or most empathetic way. Differing approaches must be employed based on the gender of the individual student, his or her culture, family, and religion.

Reason Three
American society impacts males and females differently, but possibly more so within many minority and immigrant communities. Laurie Olsen, in her book, Made in America: Immigrant Students in Our Public Schools, found that female immigrant students faced different and often more difficult situations than males, in part due to American culture's focus on individual desires and romantic love as bases for marriage and relationships. 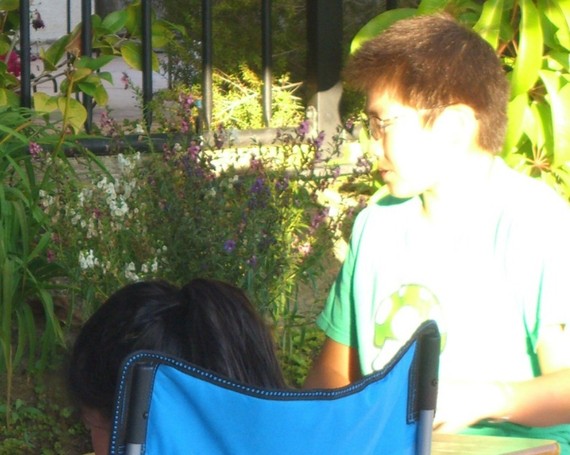 This often conflicted with -- though differently between males and females -- stricter rules within many minority and immigrant homes about dating, gender interactions, and duty to family over self. This was particularly evident in situations where students would be involved in arranged marriages. Family expectations, particularly for females, may be in conflict with the value in the U.S. that school can and should be viewed as a place to engage in social activities and interactions, including between genders.

Laws in a country reflect its norms, social goods and bads, and social expectations. Pointing out that countries as diverse as China, Japan, Brazil, Russia, Sweden, and South Africa have some level of legal support for elements and ideals of gender equality in work, education, and many other aspects of their societies -- even if incompletely, imperfectly, or differently implemented or enforced -- can help students and parents appreciate that America's norms for gender equality are not simply a manifestation of dominant or liberal American culture, but is reflective of global modern societies' aspirations and standards.

Reason 5
Gender equality can be pursued while accommodating and/or respecting many traditional gender roles and values. Helping students to understand that gender equality and norms continue to evolve and that there is a certain continuum -- even as modern ideals are pursued -- may allow such pursuit of ideals while not calling for wholesale or immediate rejection of traditional or alternative roles, norms, and gender values.

Any approach to teaching students to understand current American norms should incorporate a tolerance and respect for the traditional values that many minority or immigrant populations may hold, despite their divergence with 21st century American norms. For example, arranged marriages need not be expressed or criticized as necessarily contrary to American gender equality.

Some would suggest, if it is framed as a situation where the larger family's needs and welfare as a whole are being valued higher than any individual's desires, and it is applied equally to both genders, that arranged marriage -- in theory -- need not necessarily directly conflict with American norms of gender equality. Educators need to allow students to explore gender equality without feeling that such exploration need always conflict with key traditions and norms of their culture.

We Don't Do What We Don't Measure, We Won't Do What We Don't Teach
The topic of gender gaps and gender equality attracts often strong and differing perspectives and opinions. Clearly, there are many factors that may impact any particular gender gap. And clearly men and women are represented in various arenas of life and work in ratios that are not 50/50. 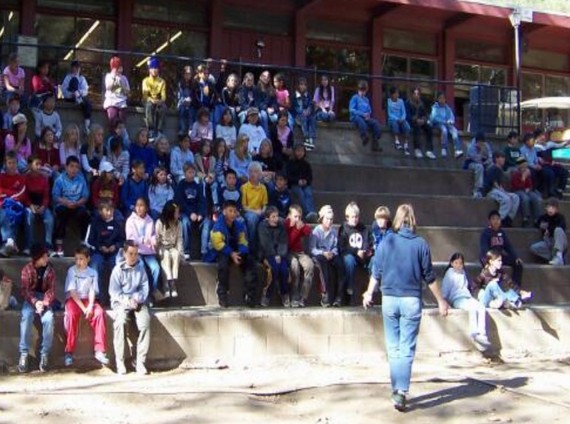 Society rarely does what is not measured or reported but maybe also what has not been clearly taught by its institutions, and this may be a contributing cause of existing, continuing gender gaps. Teaching our society's gender roles, expectations, and gender equality is a subset of providing the necessary exposure, basic understanding, and efficacy with broader American society's norms and expectations that students will need in order to make choices and succeed beyond school.

Tailoring differing approaches not just for individual, cultural, or religious differences, but especially tailoring these approaches along gender lines, may be key in effectively teaching gender equality and connecting with each student. Highlighting that the value of gender equality is shared globally, among widely differing countries, may reduce stereotyping these values as extreme or solely American, and thus incompatible with a given student's culture or tradition.

Explaining that modern goals for gender equality need not preclude a spectrum of gender role models and norms may also assist immigrant and minority students to understand that there need not be a dichotomy between valuing gender equality and valuing their traditional cultural values. Showing how traditional values need not be implicitly in conflict with the goals of gender equality may help immigrant and minority students to be more open to learning about and gaining useful understanding of American gender roles, norms, and equality.

And this understanding will better position not only immigrants and minorities for success in American society, it will help all students to embrace our age old value of equality for all, while still respecting each of our family's cultures and values.

Joel L. A. Peterson is the award-winning author of the novel, "Dreams of My Mothers" (Huff Publishing Associates, March, 2015).

"Compelling, candid, exceptionally well written, "Dreams of My Mothers" is a powerful read that will linger in the mind and memory long after it is finished. Very highly recommended."
-- Midwest Book Review