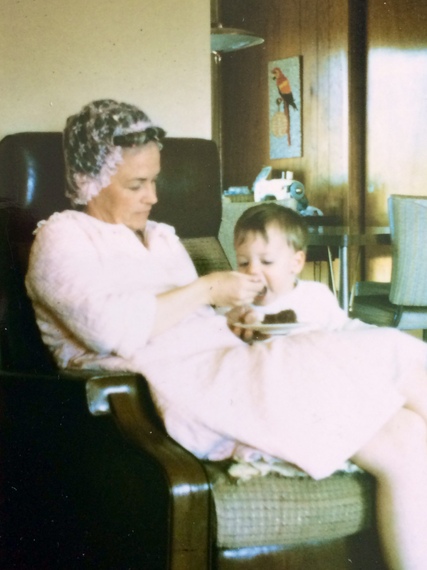 I remember the first time my sister, Joy Lyn, told me that our family wasn't like other families.

We were at a Denny's in our former hometown of rainy and gloriously damp Seattle. She and I were about to order food, and she looked at me over her giant menu and said, "You do realize that's not normal."

I'd told her what had happened earlier in the day when my mother had taken me fabric shopping at the local mall. It wasn't pretty.

While at the mall, my mother had such a horrible anxiety attack that her IBS (that's Irritable Bowel Syndrome for those fortunate enough to not be in the know) flared up. When it did, she grabbed my hand and jerked me after her and we maniacally ran from store to store in a vain attempt to find her a private toilet.

Not to get too graphic, but anyone with IBS doesn't go to the bathroom like most people. The toilet afterwards looks like downtown Beirut.

As we ran from store to store, my mother screamed at me, "Hurry up Creepy Kid! Find your poor mother a toilet! I'm about to crap my drawers!" She yelled so loudly that everyone in the mall turned and watched as we ran and ran, the instrumental version of "Love Will Keep Us Together" playing overhead.

I told this to my sister, Joy, at Denny's that evening. I said to her, "That's happens to other families," to which she had replied the aforementioned, "You do realize that's not normal."

Joy had moved out of the house a few years prior and was studying for a degree in abnormal childhood psychology at a prestigious, Seattle-based university. In that time, she had come to see that our family was nothing less than the cast from "Long Day's Journey Into Night" in IMAX 3-D.

In the years to come, she and I would spent more than three decades trying to decipher and makes sense of our families mental illness legacy which included (but was not limited to), bipolar disorder, manic-depression, clinical anxiety, clinical depression, borderline personality disorder, schizophrenia, Lewy Body Dementia, ADD, ADHD and few more things I can't even pronounce.

But at the time, as a young boy, all I knew was that I loved my mother more than the sun and the moon and the stars which played among them. I knew sometimes my mother said and did things other mothers didn't, but at least she wasn't boring. She always said, "Be anything, but don't be boring, Creepy Kid. Nothing worse in the world."

Sure, she talked to the microwave. And she had panic attacks that caused her to hide behind trash receptacles in public. And horrible depressive episodes that caused her to stay on the living room couch for days with a ice pack on her face as she popped endless Vicodin.

"It's not normal, Mike," Joy said as she came onto my side of the bench at Denny's and snuggled with me. "She calls you Creepy Kid. That's weird. She calls me Bird Brain. I mean... that's not right. Do you see that?"

I didn't. I saw my mom. I saw my mom who smelled of lavender and fresh soap after her evening baths. But in the years to come, I would see it as I endured a life in my 20s, 30s and early 40s where I was secretly ravaged by depilating depression and anxiety, as well as bipolar disorder and manic-depression. I've been in therapy since the age of 8. I'm now 51. You do the math.

In the five years before I turned 50, something clicked in me and all of the years upon years of work to love myself and not see myself as broken, but as healed and worthy, has brought me this sense of ease and happiness that still surprises me.

Is it always easy? No. But I'm here. I've survived. That's good enough reason to throw a party in my book.

This summer I met someone in LA. She was a very nervous woman. Always moving, clearly tense and hyper. Anxiety disorder suffered if there ever was one. I can spot one a mile away.

I loved her immediately.

We had a drink and talked about our lives living with mental illness and mood disorders. She said to me, "You know, someone once told me that this thing, this anxiety and depression, is my superpower. Isn't that cool? That because of it, I'm super aware and feel things very deeply. That I get things other people don't on a deep, visceral level. That's pretty cool, huh?"

It is pretty cool. Mental illness is a superpower. I wish my mother had lived long enough for me to have told her that. She would have loved that. She had no idea she was Superwoman. But maybe, in the great Afterlife, she's reading this right now and saying, "Right on, Mike, right on. Now let's go kick some ass." 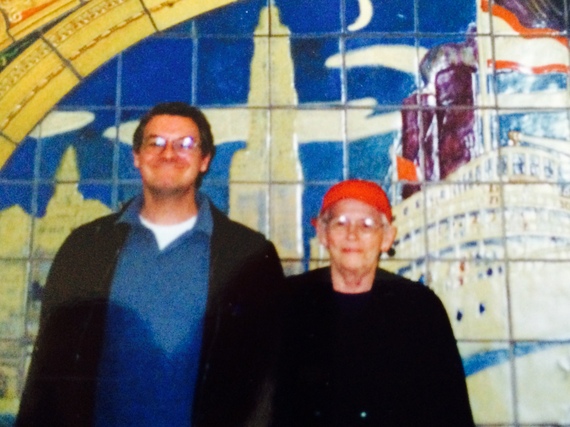