If you're an entrepreneur or freelancer, it is more than likely you've heard of or worked at a co-working space. It was in 2005 when Brad Neurberg launched the first co-working space in San Francisco at Spiral Muse to support community and structure within the freedom of working for yourself. Since then, the concept has exploded on the entrepreneurial culture.

Coworking spaces became very trendy in the technology scene very quickly. It became an easy way for start-ups or corporations to monetize their extra work space by renting it out to entrepreneurs. And a great way for entrepreneurs to cut costs and risk when starting their businesses. In 2014, a Marketing Executive in Los Angeles identified a missing link in the co-working marketplace.

Jen Mojo is the woman who tapped into a need that has yet to be filled in the majority of work environments throughout the nation when she launched Paper Dolls, a co-working community designed specifically for female entrepreneurs.

"Paper Dolls was created to help to support the great migration of women and female founders who are creating businesses at a rapid pace. There are glaring gaps in resources available to support the growth of women entrepreneurs, everything from access to funding and mentorship to quality of networking and workspace options."

After attending a luncheon at the Crosby Hotel in New York City, it became clear to Mojo that female founders and entrepreneurs were missing something important in their day to day work environments.

"Listening to the women in the room gush over the decor, it led me to think about the blended worlds women live in between home and work. I started to ask my friends about what they felt was missing for them when they worked from home. From working at coffee shops to co-working spaces, it became clear they didn't feel at home outside of the home. They still required the efficiency and community of working in an office, but craved a level of fit and finish in their environment to match their experience working from home. I wanted to give them a place with the energy, design and support needed to create their businesses." 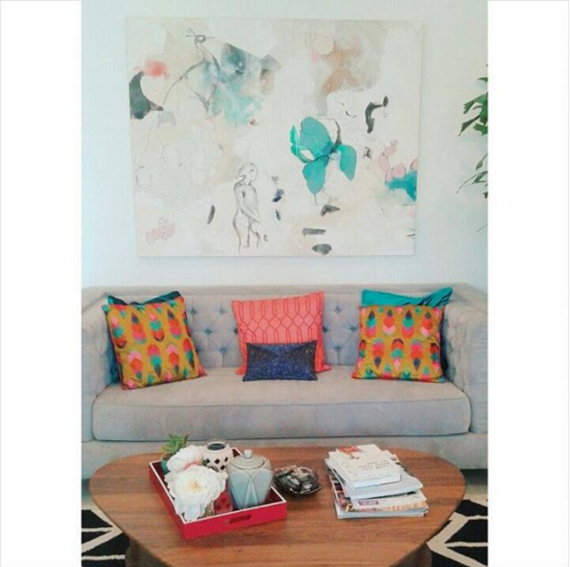 Walking into Paper Dolls is like being transported into an entirely different world. Guests and members are surrounded by rich colors and textures. The walls alternate between bold artwork and luscious wallpapers. Each office, as well as the common areas, are perfectly decorated with plants, chandeliers, flowers, oversized pillows, rugs, lamps and coffee table books. The space was clearly optimized with female leaders in mind. 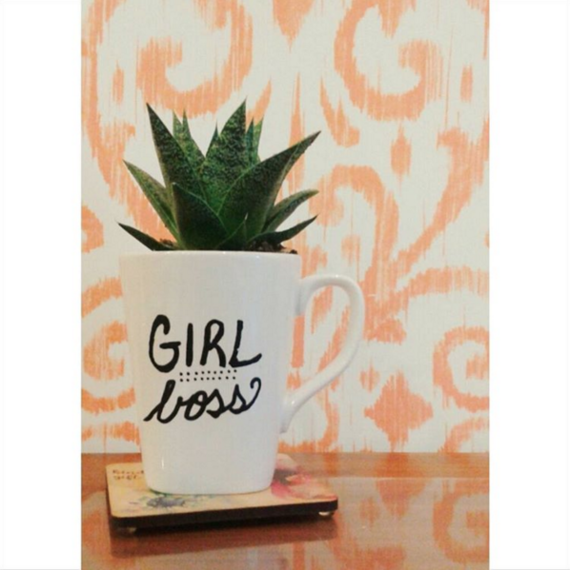 In a world where women-owned firms have an economic impact of $3 trillion (that translates into the creation and/or maintenance of 23 million jobs, or 16 percent of all U.S. jobs) it's crazy to think that the needs of these companies are not being met in the marketplace.

"Women are no longer living a linear path to success. Careers came with a built-in infrastructure. You were given your colleagues, networks, retirement accounts, insurance, etc. Today it's different especially for women who want to design their own work lives. That structure doesn't exist and we have to build it for ourselves. We have to collaborate to get access to the resources we want, which requires a heavy level of commitment, understanding and community. It's the crowdsharing economy realized, but in the workplace."

While there are more and more resources out there, as well as increased frequency of women supporting women, we clearly still have a ways to go for the business environment to catch up to our needs.

"My vision is to help level consideration and access for female founders. Women are making it happen in the world. We are educated in greater numbers, motivated, and creative. All these attributes are alive and flourishing, but the environments need to catch up with what women want in workspaces. I want to create movement in this area and provide a space where women entrepreneurs have equal access to networks, funding, mentorship, and truly feel at home to build their futures."

To all my fellow fempreneurs reading this - comment below with your thoughts on inspirational working environments. And don't forget to share this article with your favorite girlboss!