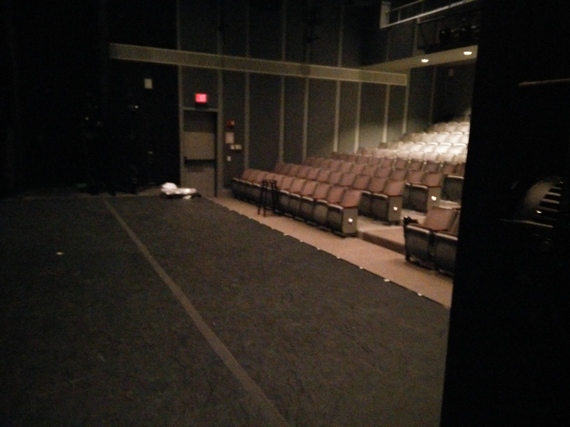 I'm standing backstage as I peak out from behind the curtains to watch the dramatic scene play out for the thirtieth time. I know the lines well. So well, in fact, I've picked out my favorite word pronunciations within the dialogue. And just as my friend was about to give that delightful delivery on his character's favorite curse word, my phone buzzes.

I look down at it. It's my Muslim app. It's telling me it's prayer time. I look down at myself. I am wearing a pirate T-Shirt, a bandana, a Johns Hopkins scarf tied at my waist, a pink masquerade mask and- inexplicably- an activated blue light saber. And of course my cue to go on stage would come soon.

As you may know, it is incumbent upon all Muslims to pray five times a day. It's one of the metaphorical five pillars and it's the first thing they hammer at us in Sunday school. In fact, these prayers are so important to Muslims and me, that I once considered having five children and naming them after the names of the prayers: Fajr, Dhuhr, Asr, Maghrib, and Isha. After I get married, I will let you know how my wife feels about that. 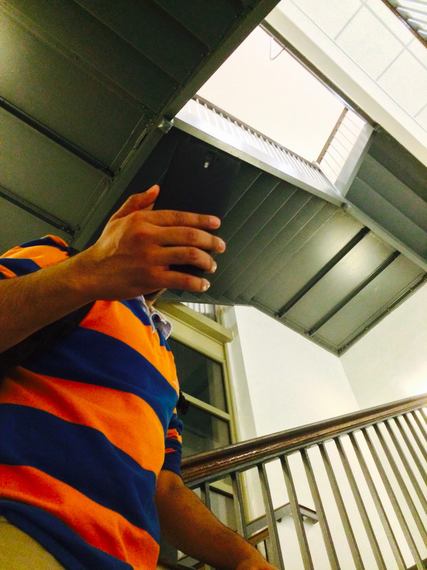 While the religious intent is for these prayers to serve as penta-daily reminders, in practice things get a little complicated. That is, my phone's buzzed for prayer in a lot of strange situations. Backstage with a fake beard dressed as Albus Dumbledore, while setting up a Christmas tree and decorations at a friend's house one winter, in the middle of an intense BB gun battle that left me bleeding, etc.

Often, when I did theater performances in high school, me and another Muslim friend would disappear down a hallway for ten minutes at a time to go pray between scenes. When we returned, the others immediately accused us of taking a weed break and threatened to report us to the director.

My Muslim friend later asked me, "Is it really that hard for them to believe that two guys just took some time for some spiritual meditation?"

I stared at him blankly.

Naturally, rumors went around the cast that we were potheads.

This reality might sound silly. But back in high school me and my Muslim friends would compete to see who had been the one to pray in the most exotic of places. And we came up with quite the list: playgrounds, movie theaters, night clubs, in between parked cars in the middle of a rainy storm, in a truck parking spot while the truck was trying to back up into said parking spot. And also occasionally- you know- a mosque. 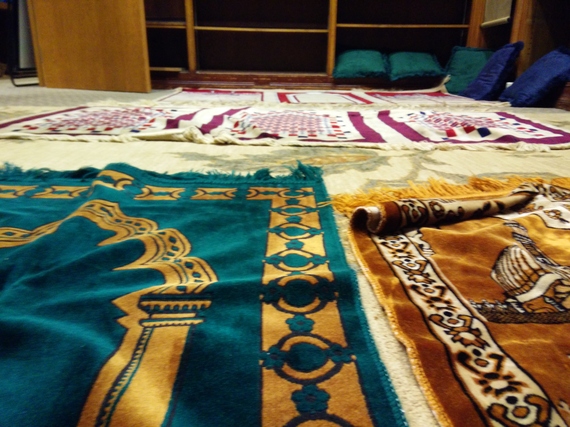 These same Muslim friends and I would often go out laser tagging on weekends. Yes, we were strange. But anyway. In between games of being utterly annihilated by the fifth graders that so often frequented the arena, we would always need a space for prayer. So on one of our first nights there, we found this dusty and neglected corner between two stores that was lit in the night by only a flickering bulb. And our eyes glittered up in joy. We lined up in neat rows, raised our hands to begin the prayer, and transformed everything around us. Suddenly, this wasn't just a filthy corner of the Earth, but it was a mussallah. It was a sacred space of God. And after prayer, as I spoke to God, I looked up at the stars above me and wondered how anyone could miss a chance to meditate here in this beautiful place.

We had this motivational speaker in high school. He would always tell us, "You can't see the big picture in life, because you are standing in the frame." The first time I heard that it was quite inspirational. After the school hired him to give us the same speech for three more years, it ceased to be so. But even so, his words, I think, were valid. Sometimes to see the bigger picture, we need to take a step outside of our worlds.

And that's what our five prayers allow us to do. No matter what I'm doing: be it defending my team in a game of laser tag or yelling at someone in an English accent while in character on stage, these five vibrations on my phone force me to take a few moments outside of my own existence. Life can get frustrating. It can get overwhelming. But these are five built in breaks that allow me to take a breather. And by taking those five steps out of the big frame, I get pretty good image of what the whole picture looks like. And it's only then when I can appreciate how beautiful it is.

I peak at the scene still unfolding on the stage and make sure that there is at least ten minutes until I am needed. I nod to my director, quietly peak out of the room, and find the nice space at the back of the hallway that I've been using. I stand up straight and take a breath. I just hope God doesn't mind the lightsaber.