The infamous Teapot Dome scandal caused President Warren G. Harding to moan, "I can take care of my enemies in a fight. But my friends, my goddamned friends, they're the ones who keep me walking the floor at nights!" 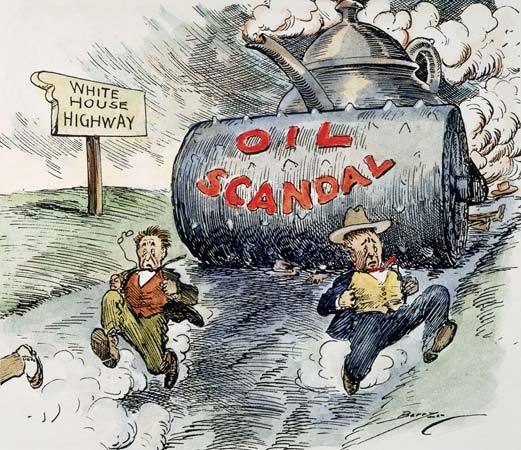 I have been reminded of this often as I listen to baffling posturings surrounding immigration. It is not immigrants' enemies we advocates need to keep a suspicious eye on; it is their friends.

On Monday, the US Congress's Hispanic Caucus, chaired by Democratic Representative from Illinois, Luis V. Gutiérrez, castigated NBC, Comcast, which is the owner of NBC, and SNL executive Lorne Michael in a press release. It objected to SNL's ignoring of Trump's "divisive and hateful rhetoric towards Mexicans and Latinos alike" and inviting him to host a show.

deserves the ire of the Caucus and others who are protesting the promised appearance on SNL. Without doubt, Trump is dangerous in addition to being boorish, ill-informed, and one who flaunts his wealth. He also looks bad. He is easy for those of us on the left to dislike for so many reasons. But, the Caucus goes on to say that Trump's "racist remarks and continued demonizing Latinos and immigrants has created fear within these communities around the country."

Whoa. That would not be Trump.

The person who has created fear within immigrant communities during the last 8 years overwhelmingly would be President Barack Obama. Although it was a cameo appearance back in 2007, he, too, has appeared on SNL. As far as I know, no immigrant or Hispanic advocacy group objected.

Well, you might argue, in 2007, Obama had not yet deported 2 million people, leaving upwards of 5,000 children stranded in foster care, creating ever increasing amounts of fear in immigrant communities. In October, 2007, he had deported only around 300,000 and had not yet earned the sobriquet "Deporter in Chief".

Nor had for-profit prisons, which have contracts with the Federal government to house 34,000 immigrant detainees a day, yet become "the biggest lobby no one is talking about", according to a recent Washington Post article. In 2007, Obama and his administration had not yet colluded with the State of Texas to have the prisons in which desperate mothers and children fleeing Central America are incarcerated transformed by labeling, for public relations reasons, into "licensed day care facilities". Prisons which Terri Burke, the Executive Director of the American Civil Liberties Union of Texas, says resemble "internment camps".

But then, President Obama is easy to like despite his policies -- 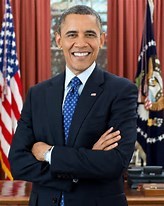 is well-educated, articulate, affable, has an exceptionally winsome family, is good looking, and, first and foremost, a Democrat.

The problem is not only with President Obama who repeatedly has demonized unauthorized migrants, calling them people who "don't play by the rules" as he did in 2014 when he announced his Deferred Action for Parental Accountability [DAPA] program. The problem is that he, Gutiérrez, and America's Voice, the powerful immigrant advocacy organization which also has protested Trump's appearance on SNL, and others on the left vigorously push "securing the border" against poor, displaced Hispanic workers via further border militarization, extending a system of indentured servitude and human trafficking to Hispanic and other poor laborers via the Guest Worker program, and a so-called path to citizenship which requires at the outset that an unauthorized immigrant turn him or herself in to the very department officially oriented to their deportation -- the Department of Homeland Security.

These are the essential aspects of the "Border Security, Economic Opportunity, and Immigration Modernization Act", S. 744, the so-called "Comprehensive Immigration Reform" bill which passed the Senate in June, 2013.

I have unpacked the border security and economic opportunity aspects of "immigration reform" in my just-released film, The Second Cooler, narrated by Martin Sheen.

You also can watch a very good video here which demonstrates the danger of the "immigration modernization" aspect of the bill from the Moratorium on Deportations Campaign. Anyone who truly cares about immigrants and reform policies should watch it carefully.

To be sure, Trump is dangerous. But he does not come close to being as dangerous as the immigrant "advocates" who actually occupy offices, actually have power, and actually are controlling the dialogue among those on the left. It not immigrants' enemies we need to be worried about. Its their "goddam friends." It is these friends who keep me walking the floor at nights.