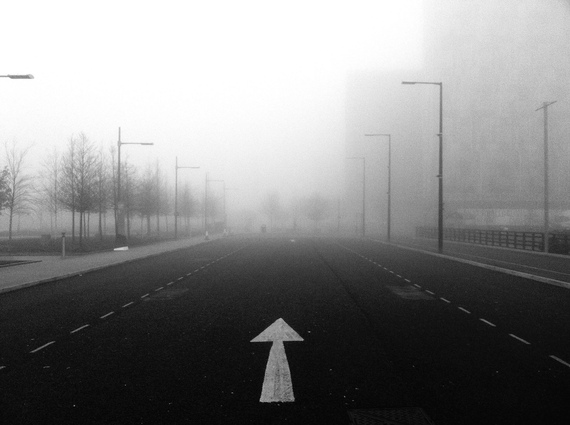 Chris Yiu, "Into the unknown"

I have been thinking about mystery for a while now. Not the literary genre. Not the esoteric cults of the Egypt, Greece, or Rome. Not the Christian mystery of divine grace. These are apocalyptic mysteries. They harbor an implicit promise: Hidden behind the dark veil lies a deep reservoir of truth. If one is privy to a secret initiation or receives an uncanny revelation, then all will be brought to light. Mystery, here, is the ultimate solution to the profound risks of being human.

For me, mystery is not so dark and not so light. It is, rather, a perplexity on a continuum of perplexities. Mystery is one of four types of cognitive event that has the potential to command our attention and entangle our minds in an open process of wonderment. In addition to mystery, the other perplexities are the problem, the dilemma, and the paradox.

A problem is any matter that, at least theoretically, is susceptible to being resolved through the accumulation and processing of data. Every mystery that Hercule Poirot or Philip Marlowe solved is a problem in my terms. When one reads that dark energy is one of the greatest mysteries in science today, one is reading about a problem. For if scientists do not yet understand dark energy, it is because they do not yet know how to gather the necessary data, not because they conceive dark energy as essentially unknowable.

The second form of perplexity is the dilemma. Dilemmas occur when perplexities arise that require some form of lived response before all the data can be gathered. Dilemmas are time sensitive. They are resolved, not by accumulating information, but by acting decisively even though one cannot be any more certain. In my terms, game theory, and other such technologies for quantifying risk, seek to manage dilemmas by transforming them into problems.

Paradox is the third species of perplexity. Take the Christian Trinity. In normal mathematics: one equals one; three equals three. Yet, Trinitarian dogma demands that Father, Son, and Holy Spirit be accepted as unitary, one God, while simultaneously remaining divided as three separate persons. The word "paradox" translates as "against belief." Contradiction is the heart of the paradox.

A paradox is neither a problem nor a dilemma. The perplexities implicit in the Trinitarian dogma cannot be resolved through the deliberate accumulation of further knowledge. All the research is done; the data is all there. Likewise, the paradox does not entail choice or time-sensitive action. The Trinity is a matter of one and three, not one or three. Paradox entails an internal contradiction within a functionally complete data set for which all data points possess equal value.

So, at an emotional and cognitive level, the paradox has the potential to be received as anomalous and disruptive, an epistemic break, a trauma, radically incommensurate with an individual's previous experience or beliefs. In this way, paradox shares salient characteristics with mystery. Still, the two are different, for paradoxes may be resolved. The Church holds that although human beings are incapable of understanding the Trinity, there is nevertheless a theological solution for the Trinity in the mystery of God Himself.

Mystery, as I mean it, begins with the question of whether it is even necessary to resolve the unknown. Why not, on occasion, be willing to remain on this side of mystery? This intellectual gesture requires a willingness to accept that the hidden will not be revealed; the veil will not be pulled away. Indeed, what if we can never know if there even is an other side? Perhaps nothing is hidden and the "veil" does not veil. What if there is no transcendental power abiding on the other side of mystery, poised to open our eyes to the full truth? What if mystery always remains . . . mysterious? What if, in short, all we might know of mystery exists on this side of mystery?

As a perplexity, mystery begins in a subjective experience of perplexity, astonishment, enchantment, or rapture; a state of cognitive or emotional jeopardy. Perhaps long-time presuppositions about the way the world works have proven false. Perhaps one has suffered unaccountable trauma. Perhaps one has met with a moment of time out of time. But rather than treating this destabilized state as a state of risk, to be analyzed and resolved as appropriate – controlled through mechanisms appropriate to a problem, dilemma, or paradox – one responds to the state of affairs as one might to an uncaused effect – puzzled, entangled, attentive.

Many, if not most, of our lives' mysteries can be reduced to problems and clarified through naturalistic means. I am not questioning our general ability to identify and solve problems. Nor do I dispute the relative value of such intellectual practices. But the mere fact that we have the tools, methods, and skills to be critical at every turn does not mean that we must be critical at every turn. There are those times and experiences when the answer, however correct, just does not feel adequate to the question. To engage with mystery one must accept that certain cognitive events short-circuit one's regular problem-solving mentality, but not view this short-circuit as itself pathological . . . as a sickness of perception, reason, or faith.

Mysteriously, if you permit it, this is a question that answers itself.