Today, nearly everyone knows the words to "It's Raining Men" -- especially within the LGBT community. While the song's authors might have predicted its lasting impact, particularly on gay audiences, vocalist Martha Wash certainly never did. In fact, she admits The Weather Girls didn't even want to sing it!

"We thought it was a crazy song -- in fact, too crazy to record," recalls Wash, who released the track in 1982 with Izora Armstead (nee, Rhodes) as The Weather Girls. "I kept saying, 'It's raining men? Really? Are you kidding me?'" 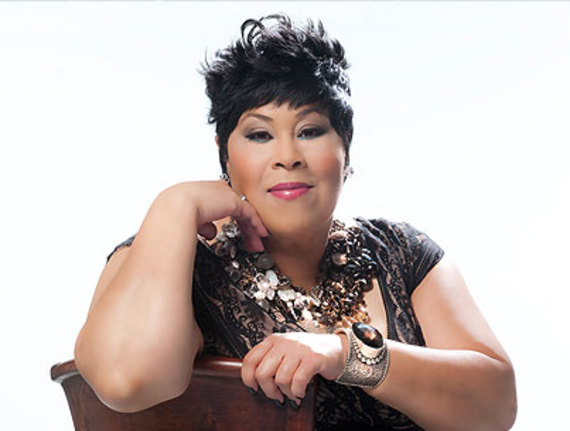 Legendary Martha Wash, half of The Weather Girls


"I just did not think people would buy it," confessed Wash during a recent telephone interview. "That's why I kept saying no."

However, writer Paul Jabara -- the gay, disco-era genius behind Donna Summer's "Last Dance" and Barbra Streisand's "The Main Event/Fight" -- would not take no for an answer. With co-author Paul Schaffer, who has spent the decades since as David Letterman's TV sidekick and bandleader, "It's Raining Men" was first offered to gay icons Diana Ross, Streisand, Summer and Cher. When the others passed (most notable being Summer, who had become a Born Again Christian, and wanted to move away from gay fans), Jabara approached Wash and Armstead.

The duo was already more than familiar with the LGBT community, having previously recorded and performed as Two Tons O' Fun, back-up singers for out legend Sylvester. Jabara thought they were perfect for the project.

"He kept pleading with us," remembered Wash, "That was the song he wanted us to put our vocals to, so we did -- and the rest is history."

Gay history, some would argue! After caving to Jabara's pressure, the duo -- reborn as The Weather Girls (to play up the song's title) -- released "It's Raining Men" on their third album, Success. It became an instant classic!

Topping Billboard Magazine's "Dance Club Play" chart, it fell just short of the U.S. Top 40. Globally, however, it was an even bigger smash. A No. 1 single throughout Europe, "It's Raining Men" landed in the Top 5 worldwide. It's campy music video was nearly inescapable on early MTV.

"He kept saying it was going to be a hit," Wash said of Jabara's conviction with a laugh, "And he was right."

In the years since, "It's Raining Men" has become a legitimate cultural phenomenon! As much a given at weddings and school dances as The Village People's "YMCA," it's now a radio classic and staple still in many gay clubs. Plus, the track has been featured in films like Magic Mike, on TV shows such as Friends (and was noted as Homer's favorite song on The Simpsons!) and even made it to Broadway in Priscilla: Queen of the Desert.

As "It's Raining Men" has built to legendary proportions among generations of fans, so too has the singer herself. Even if not familiar with her name, fans worldwide certainly know Wash's voice -- partially the result of hard-fought legal battles!

Beginning in 1989 with Top 10 hits "Everybody Everybody" and "Strike It Up" by Eurodance group Black Box, then continuing through 1991, when C + C Music Factory soared to No. 1 on global charts with "Gonna Make You Sweat (Everybody Dance Now)," Wash's voice was omnipresent on radio. Unfortunately, in all cases, she received no credit for her vocal contributions. 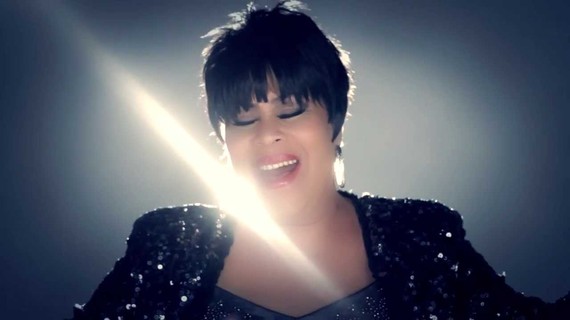 Martha Wash has racked up No. 1 Dance hits in four consecutive decades.

Even more insulting, deemed "unmarketable" because of her weight, Wash's voice was visually attributed to others by way of having performers like C + C's Zelma Davis lip-sync to it in music videos. Suddenly, nearly a decade after meteorological forecasts called for a downpour of beefcakes and encouraged listeners to "rip off the roof and stay in bed," our Weathergirl was on the news again. This time, by suing both RCA and Sony Records, the righteously indignant diva was a top headline!

"Whomever is singing on the product needs to be credited," stated Wash flatly during our conversation, "I really believe that. It would seem (like common sense), but I guess it's not."

The courts, however, agreed -- forcing the labels to give Wash both vocal credit on and financial compensation from the songs' success. As part of her victorious settlements, she was also signed to a solo recording contract.

In the more-than-two decades since, Wash's work has most definitely received proper credit from fans and within the music industry alike. Starting with "Carry On" in 1992 and extending through "Free People" with DJ/producer Tony Moran earlier this year, she has sent an even dozen titles to Billboard's "Dance Club Charts" Top 10 under her own name -- including a remarkable seven No. 1 singles!

At the start of this year, Wash stepped away from her solo career momentarily. With fellow legendary powerhouses Evelyn "Champagne" King and Linda Clifford, she formed The First Ladies of Disco. The vocal supergroup's first single "Show Some Love" (featuring a very gay-friendly music video!) made a splash on charts over the summer. It is simply another addition to an already massive catalogue from an artist who shows no signs of slowing down.

"This business can beat you down sometimes, where you just feel like you want to give it up," she confided, "And I have thought about it a few times over the years -- but I'm still doing it!

"Sometimes when I look back on how long I have been doing this, and look at all the music I have put out," concluded Wash, "There are times I think, 'It really is a lot, isn't it?' And some of the music has really stood the test of time, which makes me very happy."