"Non nobis solum nati sumus."
(Not for ourselves alone are we born.)
-- Marcus Tullius Cicero

The Georgetown Scholarship Program, aka "GSP," is a groundbreaking program at Georgetown University in Washington, DC, that that now serves 640 primarily first generation college undergraduates and boasts over 600 graduates with a 97 percent graduation rate. Founded 11 years ago under the direction of Head of Admissions Charlie Deacon, GSP is intended to attract the best and brightest students from around the world who, but for the program, might not otherwise have the opportunity to contribute the immeasurable gifts that they have to offer. Many of these students are the first in their families to attend college. Since its founding, the program has flourished under the leadership of the indefatigable Missy Foy and her team. Among other things, many Georgetown alums give back to the school by volunteering their own gifts (and time and energy) to acts as mentors to the kids who come to Georgetown through the program.

Enter my friend and fellow morphmom, Maria Devaney. One recent afternoon, I sat down in an (ironically) noisy library hallway to interview Maria about her new book, "Everything I Need to Know I Learned at Vogue: How to Get, Keep, and Succeed In That First Job After College," which is currently gracing (and flying off) the shelves at Barnes & Nobles, Amazon and bookstores nationwide. It began as a typical "morphmom" interview: video camera in hand, I sit and chat with mothers from around the country and across the world who graciously share their success stories, and the specific steps they took to achieve their goals, in the hope of inspiring and assisting other women to do likewise. But what struck me about this particular interview was the fact that, rather than focusing on her professional accomplishments (of which there are many), Maria spent most of our hour together discussing her involvement in a volunteer program at her alma mater. You guessed it: GSP. 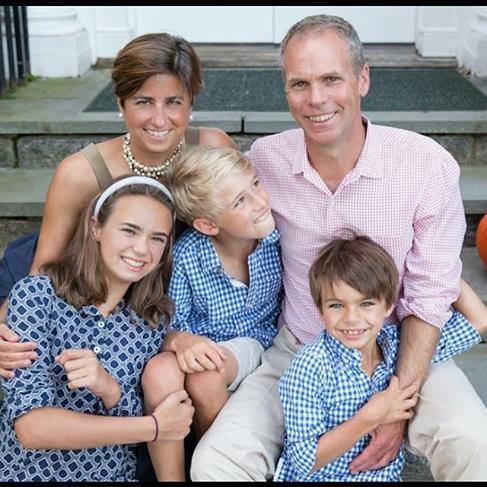 Repeatedly over the course of my hour with Maria, I was reminded of the above quote from Cicero. And here's the real beauty of it. Maria's early professional successes gave her the tools that she uses to such wonderful effect in helping the GSP students with whom she works. But it was those very students who, in turn, gave Maria the inspiration and the spark for her latest professional success -- her new book. And that book will, in turn, help countless others. Let me explain.

Maria Devaney embodies the morphmom "model": a mother who has written a book the very purpose of which is to help others succeed as she did in work and in life. Maria's professional career began after college at a luxury travel bureau in Paris. That job led her to Bergdorf Goodman's fashion and PR Department, which lead her to Vogue, where as Merchandising Editor Maria was the face of Vogue to its advertising partners, ad agencies, trade groups, and its readers. After two years at Vogue, she left for the New York Times. Today, she specializes in residential sales, with real estate brokerage Houlihan Lawrence and has her own real estate related lifestyle magazine http://www.movingtoWestchester.com. Most recently, she has morphed yet again and become an author.

That last part was not something she planned. It all began one night when her husband asked her an offhand fashion-related question and, without even thinking about it, Maria replied, "Everything I need to know I learned at Vogue." Hearing herself say that, a light-bulb went off. For the next three years, Maria jotted down ideas about the lessons she had learned along the way. But there was no structure to these rapidly accumulating notes. They were just a series of separate (albeit invaluable) thoughts and reflections looking to be connected.

Meanwhile, Maria had become deeply involved with GSP. In essence, volunteers like Maria give of their time to meet periodically with the incredible students who have come to Georgetown as a result of the program, to discuss with them the many issues the students find themselves facing in their new collegiate environment (a whole different world from which most of them came, as many are the first in their families to attend college) and to offer advice, encouragement and guidance. 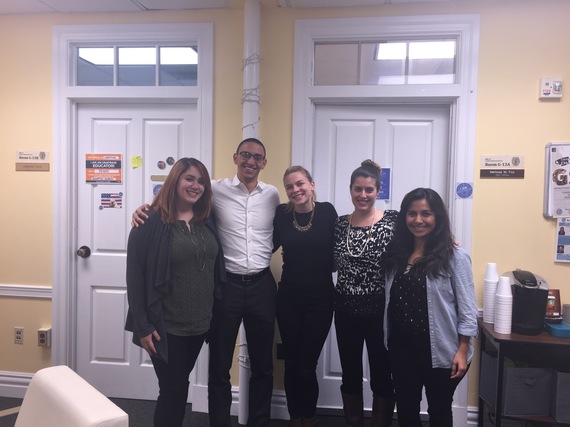 As you might imagine, the GSP students have no shortage of questions for their volunteer mentors. And as Maria fielded more and more of those questions, she began to realize that the answers she was giving were the very "lessons learned" that she'd been jotting down for the past three years. And it suddenly dawned on her that those lessons from her time at Vogue were by no means limited to the world of fashion. They would apply with equal force to a career in just about any industry and, as she was discovering in answering the questions from her GSP students, to life in general. Thus, the idea for a "playbook for millenials" was born, pairing the broadly applicable questions from her student mentees with answers mined from three years' worth of jotted-down advice.

When the book was finally completed, Maria found that it was something she would be proud to hand to her daughter as a manual for how to live her life. What an incredible gift to us all! But, of course, Maria could not stop there. Her devotion to her GSP kids, and her gratitude to them for their role in making her new book a reality, led to her vow to donate a portion of all proceeds from "Everything I Need to Know I Learned at Vogue" to GSP.

"Not for ourselves alone are we born."

So go out and buy the book. Not for yourself alone, but for Missy's GSP students. And for your own kids, for that matter. So that the next generation is properly equipped to "pay it forward" someday, just as both Maria Devaney and Missy Foy have done.