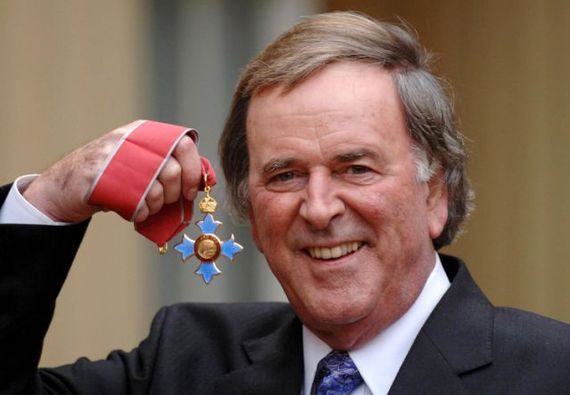 "Britain has lost a huge talent -- someone millions came to feel was their own special friend." -- David Cameron

"He was probably the greatest broadcaster since the invention of the microphone." -- Jeremy Vine

"Part of the fabric of our lives." -- Simon Mayo 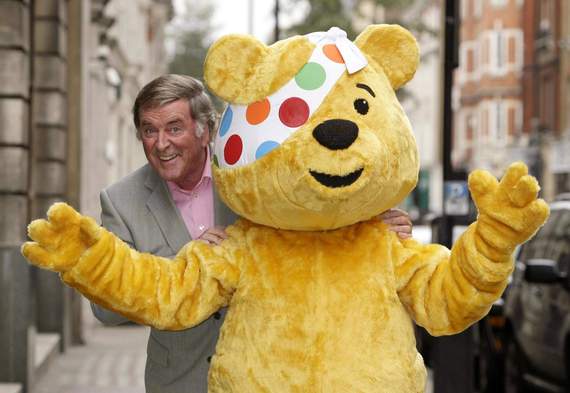 Few moments are more poignant than Wogan's farewell to his Radio 2 listeners.

And his parting words, like Bowie's "Lazarus," seem all the more poignant now:

"It's always been a source of enormous pride to me that you have come together in my name, that you are proud to call yourself my listeners, that you think of me as a friend, someone that you are close enough to laugh with, to poke fun at and occasionally, when the world seemed just a little too cruel, to shed a tear with.

Thank you, thank you for being my friend".

And while the farcical cluster of legendary deaths this year are powerfully evoked by John Schneider: "It's truly like God's put an intern in charge of deaths and he's going through the list of celebrities people really love," these losses make Wogan's no less. 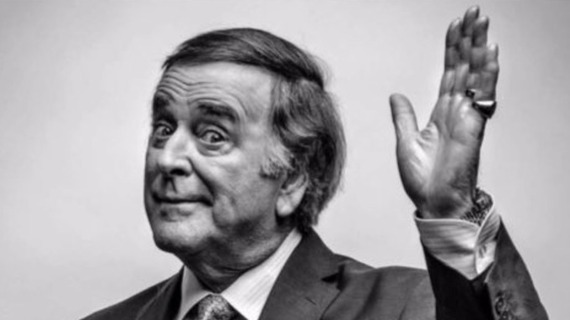 Described as a "national treasure," "a true gentleman" and "one of the greatest broadcasters who ever lived," I ask you, dear Reader, what was it that made Sir Terry Wogan so very dear to us?

Was it just his Irish charm and velvety voice, was it the fact he helped us through the painful wee hours with his warm and witty weekday breakfast program, "Wake Up To Wogan" or was it his cuddly resemblance to a much-loved father figure?

Or was it more than that?

I suggest, dear Reader, it was the latter.

For as the snapshot of tributes above show, Wogan's legacy is rooted in the fantastical -- even metaphysical.

From grocer's son to broadcasting legend -- he went from virtual unknown to a friend to millions.

Yes -- a friend to millions. 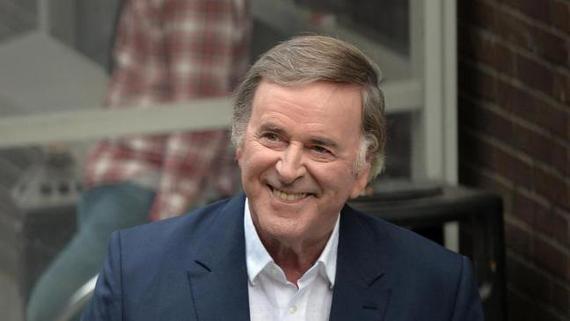 A rare mix of gravitas allied with a strong sense of the ridiculous gave this unscripted, slick-witted broadcaster an eloquence, wit and warmth that made people feel both enraptured and at ease all at once.

Far more than a just another charming TV personality, Wogan was a deeply empathetic man who, though known as the face of Children In Need, was in fact "the heart of the charity for some 35 years, raising millions to change the lives of children."

This was a man who, like all the greats of the world, leaves many lessons in his wake.

Here are just a handful: 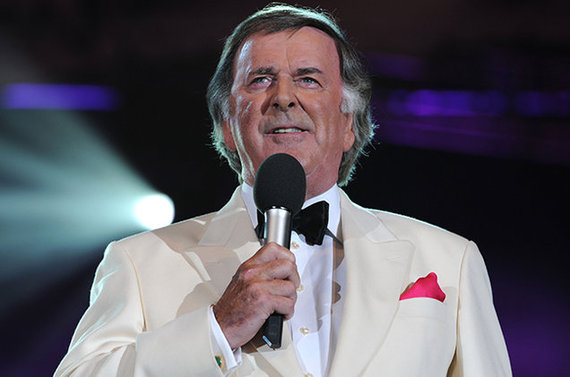 1. Do What You Love
Wogan's departure from banking couldn't have been further from the broadcasting world. Giving vent to his flamboyance, TV and radio came naturally to Wogan, allowing him to exploit his flair and charisma on a daily basis. Such was his ease on the radio, he admitted: "I certainly don't wake up planning my show for the next day. I simply turn up and turn the microphone on without giving it any thought." So if you're at a career crossroads, forget the "shoulds" and focus on what truly excites you. There will be less stress, more fun and quite simply -- more success.

2. Prioritize Family
Despite Wogan's success, his wife and children were his priority. "I've always taken risks with my career, but never with my family," he said. "If you want to keep everything about you secure and warm, you don't risk the things you value." Wise words from a devilishly handsome Irish man who could have quite easily exploited his wit and charm to more egotistical ends.

3. Don't Take Life Too Seriously
Chris Evans attributes Wogan's supreme confidence to the fact that: "He never took any of this seriously. Least of all himself. He was the butt of most of his jokes." Wogan was the ultimate Jackanory. Chris Deerin said he had stories, "Many unrepeatable here, about pretty much anyone I could think up. He loved to talk about his friend, the great Peter Cook, who once asked to bring his pet along to a celebrity golf match and arrived carrying a goldfish in a bowl." The moral of the tale? "Don't take life too seriously. You'll never get out alive."

4. See Through the Bullshit
When asked by Joanna Lumley, his nervous co-presenter of Children In Need just before going on air in the early days, "Terry, do you ever get nervous," he replied: "Nervous? No. This is only television." Wogan was a man who had life in perspective. A perspective no doubt sharpened by the loss of a daughter at 3 weeks old. He saw through ego and laughed it off as the illusion that it is. When asked what advice he'd offer his teenage self if he had the chance, he replied: "I would say never get too disappointed if you don't do as well as expected in your exams. There's more to life than passing exams, and paper qualifications can only take you so far." So next time you feel stressed or guilty for not meeting others' expectations, remember, they may not count for much when all is said and done.

5. Stay Humble
Despite his fame, being knighted in 2005 -- the year his radio audience passed the 8 million mark -- Wogan appreciated his radio listeners to the very end. A king of the airwaves who never lost the common touch, this was a man who had that rare ability to make each of his 9 million listeners feel like the only person in the room. Which, I suppose, is why when questioned how many people listened to his show, he replied: "Only one."

But most of all, Wogan was a man who appealed to the masses. The rich, the famous, the middle class, the poor and the lowly.

He had that magical ability to make everyone feel special. The rarest of gifts and a prime example of Rudyard Kipling's words:

"If you can talk with crowds and keep your virtue,
Or walk with Kings -- nor lose the common touch,
Yours is the Earth and everything that's in it,
And -- which is more -- you'll be a Man, my son!"