The Sunday Series (95): Reach The Light 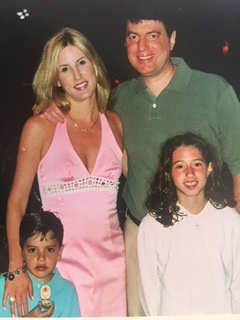 It was like any other Friday night for Larry Seidman. Stopping at the Pizza Hut on his way home to pick up a pie for the family. But on this night Larry had reason to pause when he pulled up to the restaurant -- he forgot how to get out of the car.

For nearly 40 seconds he thought about it, trying to remember just how to gain exit from his vehicle. Finally he gathered himself, got out, got the family their pizza and headed home.

Larry said nothing about the incident during dinner. It wasn't until later that he confided to his wife Jill about what had transpired earlier that evening in the Pizza Hut parking lot. Jill told him he was just over-tired. Larry was a hard-charging corporate lawyer, exercise enthusiast, runner, healthy eater and father to two children, ages 6 and 3. Who wouldn't be tired at the end of a long week? Larry agreed with Jill, and the two went to bed early that night to rest up.

The next day Larry decided to head into the office. Not unusual on a Saturday for Larry, after all he loved the law and his job and was willing to put in the time to serve others with his talents. But while at his office he had a phone conversation with his mother and decided to call Jill and tell her he was going to get checked out.

Larry told Jill his mother recommended he call the doctor because she feared he may have had a stroke. Larry told Jill he would ride out to the medical center, but he was sure it was an inner ear infection. He'd grab some antibiotics and call her when he got back to the office.

He didn't go back that day.

"I was sitting on the side of the bed when the phone rang," says Jill. "I wasn't really anxious. Larry was always the strong one, larger than life. The fact that anything could happen to him was inconceivable to me. But then Larry called to tell me the doctors said something was wrong. I put the phone down and had a horrible sense that life would never be the same again."

Jill's feelings were spot on. Larry was diagnosed with a brain tumor, a gioblastoma multiforme, the fastest-growing and deadliest tumor there is, stage 4. At the time Larry was only 39. "We really didn't know what all this meant," said Jill. "The doctor said it would be life-shortening. I had no idea." 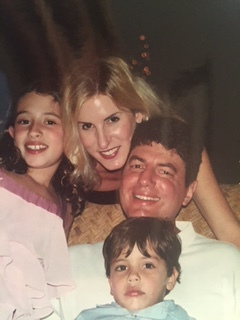 "What happened next was an odyssey of treatments and surgeries," says Jill. "And every time you thought it couldn't get worse, it got worse." The first surgery took place only about 4-6 weeks after diagnosis. Less than 24 hours later the doctor was back in for a second surgery, worried he didn't remove enough of the tumor the first time around. After the second surgery Jill and Larry were told they would have about six weeks to decide the next course of action.

Faced with a challenge, most people rise to the occasion to rally around the ones they love. Jill says she used her own connections to put together a "treatment dream team," determined to give her husband his best shot at survival. Doctors from Duke, Johns Hopkins, and the National Institute of Health were all contacted. But it was an MRI at Duke that turned the tables on the couple's search for answers.

The test done at Duke showed the tumor had already grown back, even larger than before. The Duke team told Larry he needed to have surgery within weeks. A trip to NIH confirmed the findings and a third surgery was completed; another attempt to remove the tumor. The doctors at NIH recommended radiation twice a day for four weeks and chemotherapy to fight back against the tumor returning. The team at Johns Hopkins wasn't so sure and believed a treatment regimen so intense would rob Larry of his ability to walk.

He completed his treatment and still kept up his exercise routine, running four miles a day. He eliminated all forms of sugar from his diet, since the couple had learned that sugar could contribute to the disease. He took tons of different supplements and he still went to work and did the best he could. But Larry soon realized the career he loved was slowly taking a back seat to simply trying to survive.

Jill continues, "It was also the point I realized for the first time in our marriage our roads were diverging, that I would not be able to tell Larry my innermost thoughts and feelings because I had to support him and he deserved that support. I had to be positive and hopeful and all these scary feelings I couldn't share because I had to be strong."

Larry had been diagnosed on Jan. 31, 2004, exactly 12 years ago to this day. He was given only 6-8 months to live, but Jill was holding her husband in her arms when his heart stopped beating on July 7, 2009. Larry had beat the odds, battled and survived for more than five years. 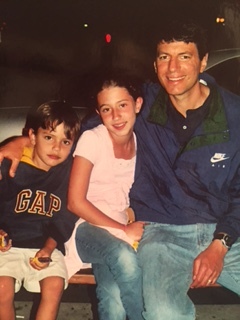 There has been no drug created, no surgical procedure designed which can substitute for the power of love. Jill fought for and with her husband to the very end. Their children, Jordyn and Eric, found a way to embrace every moment with their father. Perhaps it was that pure power of devotion, caring and the fulfillment from his loving family that kept Larry alive long after the medical books said his story should have ended.

And that's why Jill is writing a book.

"My book is about how the power of hope is so important because you have to believe that there is something inside you that is stronger and can rise above your current circumstances. No matter what anyone says you can fight and survive."

"I really want to help because we came out of this on the other side. What I want with the book is to give somebody a road map for handling a tragedy like this. I know that life is worthwhile, it's always worthwhile. In so many ways I feel that to live my life and to live my life well, is the best way to honor Larry and the children too. It is possible to recover and be happy again. You can come out of the ashes. If you are in a dark place, just keep moving your feet, keep inching forward and feeling your way and hopefully you will reach the light." 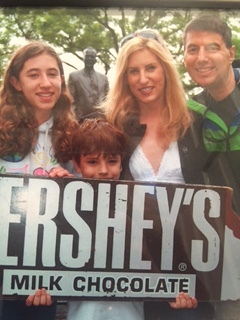 Until next time, thanks for taking the time.
Mark

More:
hopeGPS For The Soulinspirationcouragebrain-tumors
Newsletter Sign Up
An essential daily guide to achieving the good life
Subscribe to our lifestyle email.
Successfully Subscribed!
Realness delivered to your inbox

I'm a blogger, author, writer and insurance sales leader, my goal is to positively impact the lives of a billion people.