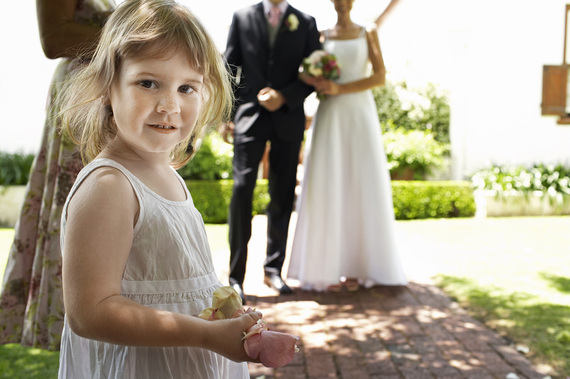 Parenting is a series of hedged bets. We take a situation, run through all the possible outcomes and pick the one that seems most likely to do the least amount of harm: Do I derail the bedtime routine in the middle of reading books to remind my son to have dessert, or do I let it ride and hope he doesn't remember after he's brushed his teeth? Do I spend ten minutes cajoling him into his winter coat before we leave the house or do I let him realize on the sidewalk what 28 degrees Fahrenheit means?

This is, at least, the way I experience most decisions facing me as a mother. Every option is a gamble: Do I change the sleeping one-year-old's leaky diaper in the plane's bathroom and risk waking him, or do I sit for five hours on a red-eye with urine on my shirt and read the new Elizabeth Peters mystery all the way home?

Without question, I'd choose the latter every single time: I would put up with any number of inconveniences for an hour of uninterrupted reading.

Recently, one of these moments arose when I had to calculate the odds and figure out the best way to handle a situation -- intercede or let it ride? We were at a wedding -- a beautiful, summery, backyard affair -- and my four-year-old, who had never been to a wedding before, walked to the front of the aisle to watch. My son is ordinarily a rambunctious child, the sort who will climb behind you on the banquette at the diner and ask what the people at the next table are eating, but on this occasion, he stood quietly, fascinated by the proceedings. A few feet away, I watched and waited, ready to jump in and carry him off if he made a single move to disrupt the ceremony.

Expecting the worst, I considered the wisdom of making a preemptive strike against trouble. But pulling him away came with its own risks. What if my son didn't calmly follow my lead? What if he argued or yelled or started kicking and screaming? What if, in attempting to avert a scene, I wound up creating one?

In my analysis, the better bet for this situation was to leave it alone. He was causing no harm, he was behaving nicely, and I thought a wedding was a lovely thing for a four-year-old to be enthralled by. To be entirely honest, I thought it was sweet. (There, I said it: Besotted mommy thinks her annoying child is sweet! Argh!)

Rather than hedge bets, my husband plays chess. While I'm still running through alternate immediate outcomes, he's several moves down the board. Where I see a child gazing in harmless wonder in the middle of an aisle, he sees a wedding album filled with photographs of his son's curly head in front of the happy couple.

Nowhere in my calculation did I factor in the photographs. This is because photographs rarely enter into any of my decisions. As my husband likes to point out, I went on a two-week photo safari in Africa without a camera. Furthermore, I didn't have a photographer at my own wedding, relying instead on my guests, who happily and wonderfully supplied hundreds and hundreds of photos.

But my husband, who was not present at the ceremony, didn't consider only the photos. He also thought of the other guests, who might have been made uncomfortable by the presence of my child in the front row. Why, he suspects they were thinking, doesn't the mother just take the kid away? Their experience, their enjoyment of the event -- worse, their memory of the event -- was marred.

His perspective on the situation really surprised me because it incorporated so many things that weren't on my radar. The photographers who were covering the wedding -- plural, yes, because there were two -- didn't give any indication that my son was in their way. I realize there's an awkwardness in maneuvering a stranger's child, but if anyone is inured to awkwardness and well adept at subtly relocating people-shaped obstacles, it's an events photographer. (Seriously, is it not in the job description?) In the same way, nobody in the audience looked at me pointedly or tipped their head or signaled that my son should be removed immediately.

I might be a besotted mom, but I still recognize a social cue when it's glared in my general direction.

But perhaps that's also what parenting is: reacting in the absence of other reactions. Or maybe that's just what being a good person is.

If I sound defensive, it's because I feel defensive. Reams of photos from the ceremony have come back and there's my son, front and center, in many of them.

Because of this defensiveness, I'd love to know what other parents would have done. If your child had planted himself or herself at the front of the middle aisle at an outdoor wedding, how would you have handled it? What would your first or second or third -- or tenth--thought have been? I ask because I can't gauge my own reaction on the parenting spectrum. Was I extremely thoughtless or just average thoughtless or thoughtful but in the wrong way?

I truly don't have a clue, so please, fellow-parents in judgment land, tell me what you think. With your usual vigor, Monday-morning-quarterback my parenting in the comments section and help me be a better mom.

More:
wedding photosweddingsChildrenParentswedding etiquette
Newsletter Sign Up
Raise the kind of person you'd like to know
Subscribe to our parenting newsletter.
Successfully Subscribed!
Realness delivered to your inbox