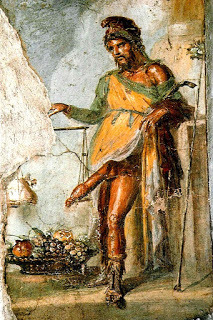 We take words for granted. Take for instance erection. You mention erection and you think of sex. In order to consummate sexual intercourse a male needs an erection; it's not a requisite for procreation in this age of test tube babies and frozen sperm, but it doesn't hurt. The sexologist Dr. Ruth used to roll her tongue employing her German accent to create a mellifluous and exotic sound when she said the word in order to emphasize the auspicious state that it betokened. There's the flaccid penis and there's an erection. A male with a penis which cannot make the transition from one state to the other suffers from ED, or erectile dysfunction. If the cross had two stations it might conform to these two earthly poles of existence. However, considering how much the word erection is used, it's rather astounding how seldom one thinks of its roots. Erection is the state of building something up and an erection is what results from this activity and every erection has its shaft which is the foundation for what will eventually rise up. You might erect or participate in the erection of a tent or building. Remember when you were a kid and you innocently played with your erector set? Little did you know that this would be the foreplay that led to manhood. To erect is also to create. So we erect buildings and eventually cities and that is why the word was chosen to describe a condition in which the male penis engorged with blood becomes proud and hard. The erection is the Robert Moses of the human body. Plowing the field is slang for having sex. But you need an erection to plow the field and to coin the name of a famous soul song create an "expressway to your heart." The erection is what makes ontogeny recapitulate phylogeny. It's what turns the individual into a race and it's a symbol of the life force. In the bible the Tower of Babel is a major erection and when that erection is lost, mankind becomes impotent, speaking in so many different tongues that no one is able to understand each other any more. The word of god has become scattered words, now lacking a divine unity and mission.