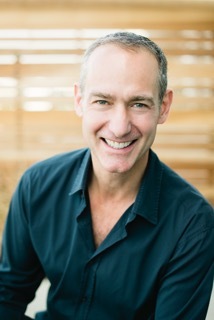 Mark was the Founder and CEO of ZICO Beverages, one of the trailblazers of today's mainstream coconut water category.  Under Mark's leadership, ZICO experienced nine years of explosive growth and became one of the fastest growing beverage brands in the world. Mark was recognized as Bevnet's 2010 Beverage Innovator of the Year and has been featured in major media, including The New York Times, The Wall Street Journal, Fast Company, Bloomberg, CNBC and Business Week. In 2013 The Coca Cola Company acquired ZICO Beverages.

Mark has also been a personal investor and advisor to dozens of early stage businesses addressing important social challenges in the food, beverage, and technology industries. He speaks at conferences and events around the world, including universities, such as Harvard, Duke, UCLA, USC, NYU, and UNC.

Mark started his career as a Peace Corps volunteer in Central America and later operated packaging businesses across Latin America and the Caribbean for International Paper. He graduated from Marquette University and earned an MBA and Masters of Environmental Management from Duke University. Mark, wife Maura, and daughters Ciara and Alexis live in Redondo Beach, California.

Ann Paisley Chandler: ZICO Premium Coconut Water ® is becoming a $1B brand. Can you speak about the company you started ZICO and how your Peace Corps experience inspired your business idea?

Mark Rampolla: ZICO is well on its way to becoming a $1B brand. Even more incredible is that the global coconut water industry is $8B which was a bigger part of our goal than just building the ZICO brand. Though it would take ten years, I can draw a direct if somewhat broken line from my Peace Corps experience in Costa Rica to starting ZICO.

It was during Peace Corps that I first experienced coconut water. At first it was an odd-tasting curiosity. I began to drink it regularly, like the locals, and doing so literally kept me out of the hospital on more than one occasion. While there I became aware of the challenges of balancing economic development with environmental sustainability and wanted to play some role in bridging that gap. I also fell in love with Latin America and knew I wanted to stay close to the region forever. I learned during that time that while there is certainly much the U.S. can offer the rest of the world, there's so much we can gain from them, too. That the real potential is in finding the best and highest use for each side of a relationship.

All of those lessons would eventually come together in my wife and I deciding to create and launch ZICO coconut water. Part of the Peace Corp mission is to bring the world back home. I guess that's fundamentally what we did, via a few billion coconuts.

Chandler: What were your greatest lessons learned while living and working as a Peace Corps volunteer?

Rampolla:
- How amazingly different we can be given different histories, cultures and environments yet at the same time how similar we are regardless of those differences.
- How the cycles of history are hard to break but that it is possible to make progress towards a better human experience.
- That poverty is real and for most experiencing it, not a choice. That we have not only a moral obligation to create opportunities for people to get out of poverty but a pragmatic one if we want to continue our way of life and allow our children to do the same.
- That innovation, disruption and entrepreneurship are key to sustainable economic development and creating opportunities for all.
- That when the rules are clear, fair and consistent, even if tough, business people will figure out ways to do what they do best.
- That there is a deep human desire to do meaningful work and the opportunity to do so for a fair and livable wage is something everyone should have. That when people are working in this way there is less violence, war and conflict and more peace.
- That we do have something exceptional in the U.S. and need to care for it dearly while ensuring it continues to inspire others.

Chandler: A Towering Task: A Peace Corps Documentary is in the pipeline. Why do you feel there is an urgent need for this documentary?

Rampolla: At my departure party before I left for the Peace Corps, my Mom said a prayer. As part of that she said though she was sad to see me leave and worried about my safety, she was so happy to be sending me on a mission of peace, not one of war. While there is a time and place for war, at every time and in every place peace should be our primary focus. That is fundamentally what Peace Corps represents to me and I believe it's role in our country's history and future has been under-recognized and remains fundamental and important. At this point in time more than ever we need to reconsider the role for more missions of peace, including Peace Corps.

Chandler: Would you speak to the need of igniting the Peace Corps community with regard to this documentary and how one could support this campaign?

Rampolla: Click here to donate now and tell others to do the same! Every Returned Peace Corps Volunteer and their family, friends and colleagues should support this effort.