This is the second installment in a series of posts on mosques as seen through the eyes of some of the great novelists, poets, and journalists of the last three centuries. See the first installment.

A century after Lady Mary Montague's 1718 publication of The Turkish Embassy Letters, with its rhapsodic accounts on the great mosques of Turkey, the Middle East drew the most celebrated writers and scholars the European continent was to produce. Although it was a largely secular movement eastward, it was no less a conversion in aesthetic sensibilities of elite travelers as any religious pilgrimage produced. François-René Chateaubriand the French author of such exotic novels as Les Natchez (1799), Atala (1801) and René (1802) was so transformed by his tour of Palestine, Egypt, Istanbul, and Moorish Spain in 1806-7, he would come to habitually see the architecture of Islam before his eyes even when traveling through Christian Europe. Twenty-six years after his sojourn to Egypt, on a journey through the heartland of Bavaria, the Frenchman would remark in his memoirs, "Leaving Bayreuth ... slender trimmed pine-trees recall the pillars of the Cairo mosque, or the Cathedral of Cordoba," that "cathedral" being the converted mosque left behind by the Moors in Spain. There is of course more than just a visual resemblance at work here: Chateaubriand has within him an ideological lodestone perpetually inclining him toward the sacred grandeur of the East. Then, too, Chateaubriand had long before congratulated himself for what he believed was his discovery of the source of the mosque's pleasing effect. Having come upon the earliest mosques of Cairo, Chateaubriand proclaims not the Muslim caliphs nor their architects to be the origin of Islamic architectural grandeur; rather he romanticizes a legacy stretching back four millennia.

I can perceive in the [ancient] Egyptian architecture, so heavy, so majestic, so vast, so durable, the germ of this [Islamic] architecture, so light, so cheerful, so delicate, and so frail: the minaret is an imitation of the obelisk: the arabesques are raised hieroglyphics, instead of engraved hieroglyphics. As to those forests of columns which compose the interior of the Arabic mosques and support a flat roof, the temples of Memphis, Dendera, Thebes, Meroue, still exhibit patterns of this kind of building ... the imagination of the descendants of Ishmael could not help being struck by the wonders of the Pharaohs: they borrowed nothing of the Greeks, with whom they were unacquainted, but they strove to copy the arts of a celebrated nation which they had continually before their eyes. Whether vagabonds, conquerors, or travelers, they imitated immutable Egypt in their course.

Chateaubriand is doing something more than tracing the history of architectural designs and motifs. Because of the history of antagonism between Islam and the West, Chateaubriand cannot bring himself to proclaim Muslim civilization to be Europe's foreign and fearsome sibling without first anchoring Islamic culture in the far more benign (if extinct) Egypt of the pharaohs--what Chateaubriand came to see as their common parent. Unfortunately, what Chateaubriand and other travelers of his time discovered to be common to the West and Islam has not resonated in American culture today, largely because Americans haven't made the excursions necessary to know. Since air travel first made the Middle East accessible to the middle class, American tourists have shown an eagerness to fly thousands of miles to swarm over the tombs and temples of the pharaohs. Yet, Egyptians complain that most Americans won't travel the few blocks from their Egyptian hotels to visit the most beautiful and historically significant mosques in the world. If they did, they might, like Chateaubriand, no longer be able to see the West without also seeing the East. "I am therefore inclined to consider all kinds of architecture, not excepting the Gothic, as being of Egyptian origin," writes Chateaubriand, "for nothing ever came from the North but the sword and devastation." If words ever conveyed a thorough aesthetic and cultural conversion, these surely count among them.

French journalist and novelist Theophile Gautier in his 1845 book, Wanderings in Spain (1843), not only professes an aesthetic preference for the architecture of Islam, he goes further than Chateaubriand in culturally deferring to the Islamic entities that produced it. "I have always regretted," Gautier confesses, "that the Moors did not remain in possession of Spain, which certainly only lost by their expulsion." Upon arriving at the Mosque of Cordoba (see slide show), Gautier writes of the chambers left unspoiled by Spanish proprietorship as composing "one of the most marvelous buildings in the world ... an instance of a state of civilization which has reached its greatest development, of art arrived at its culminating point; all beyond it is nothing but a retrogression."

Such high praise for mosques is voiced in any number of the eastward travelogues and treatises on art written in the 19th and 20th centuries. Julia Pardoe, an English poet and writer of such Orientalist novels as The City of the Sultan and Romance of the Harem, was permanently transformed in 1836 when she accompanied her father to Istanbul. In The Beauties of the Bospherous, the writer of romances accounts for her entry into the great Mosque of Sultan Ahmed (see slide show) with the accommodation of masquerading as a Turkish man. "I stained my eyebrows with some of the dye common in the harem; concealed my female attire beneath a magnificent pelisse, lined with sables, which fastened from my chin to my feet; pulled a fez low upon my brow; and I sallied forth on my adventurous errand." This despite being advised by a lady friend that she should be torn limb from limb in the event of her discovery as both the "first infidel" to enter the great sanctuary (an unlikelihood given the Ottomans' extensive 19th-century project of Westernization), and entry into chambers forbidden women of the Muslim faith by the gender-separatist law of hijab. In fact, upon her entry to the mosque, Pardoe finds only the calm space of contemplation to reflect on the many historic narratives "that throw a halo around the Mosque of Sultan Ahmed and which greatly enhances its actual beauty; and the traveler loiters willingly amid its dim magnificence, calling up visions of the past which stamp an extraneous value upon every detail of the edifice."

No doubt because G. K. Chesterton was a writer highly attentive to the form of writing, in his 1920 travelogue, The New Jerusalem, Chesterton lingers over the details of Arabic script painted into tiles on the walls and dome of the Temple Mount's Mosque of Omar, better known today as Jerusalem's Dome of the Rock (see slide show). Such painted script Chesterton finds "at once so elegant and so exact that it can be used as a fixed ornament," with phrases "repeated again and again like ornamental stars or flowers ... like the chorus of a song. This is the impression everywhere produced by this spirit of the sandy wastes; this is the voice of the desert the muezzin cries from the high turrets of the city. Indeed one is driven to repeating oneself about the repetition, so overpowering is the impression."

The ever more sociologically-minded Edward William Lane, who visited Egypt in the years 1833-35, was more interested in the effect produced by the mosque on Muslims. In his Manners and Customs of Modern Egyptians (1836), Lane relays, "The utmost solemnity and decorum are observed in the public worship of the Muslims... The pride and fanaticism which they exhibit in common life, in intercourse with persons of their own, or of a different faith, seem to be dropped on their entering the mosque, and they appear wholly absorbed in the adoration of their Creator--humble and downcast, yet without affected humility or a forced expression of countenance."

No less self-absorbed a figure than Lord Byron, who died while siding with the Greeks in their war against the Ottoman Turks, took to comparing the architecture of mosques to the poetry and poets he esteemed. In his letters to more than one acquaintance back in England, Byron analogizes the poetry of the 18th century with his beloved and perfectly composed Parthenon of Athens, while the poetry of the 19th century he compares to Turkish mosques. Although finding the Parthenon superior, Byron is by no means slighting mosques, considering that the poet could place only one architectural icon from the West above an entire class of Islamic monuments. Byron then accords the architectural genius of Islam the greatest respect when he compares Alexander Pope, whom he regards as the greatest of English poets, to be both gothic cathedral and mosque in his captivating force of expression. By the end of the 19th century, mosques become so esteemed in intellectual culture, they become lyrical, escapist, and hallucinogenic motifs for writers who never set sight on them. This includes poets whose influence would have deep reverberations throughout the twentieth century--Arthur Rimbaud shutting his eyes to envision mosques in place of factories; Comte de Lautremont making mosques a motif of supernatural power.

Go to Part 3: The Mosques of Secular Muslim Writers.

Next Slideshow: The Mosques of Iran, India, Pakistan, Malaysia, and Indonesia. 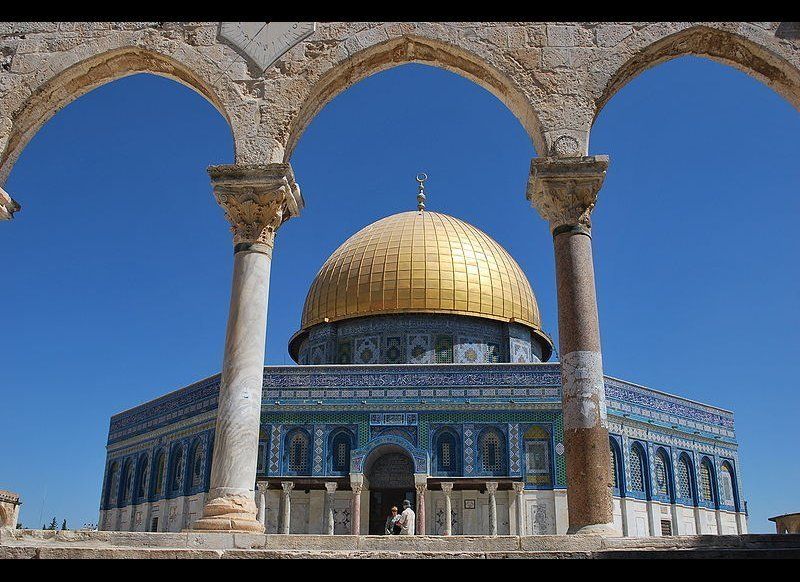