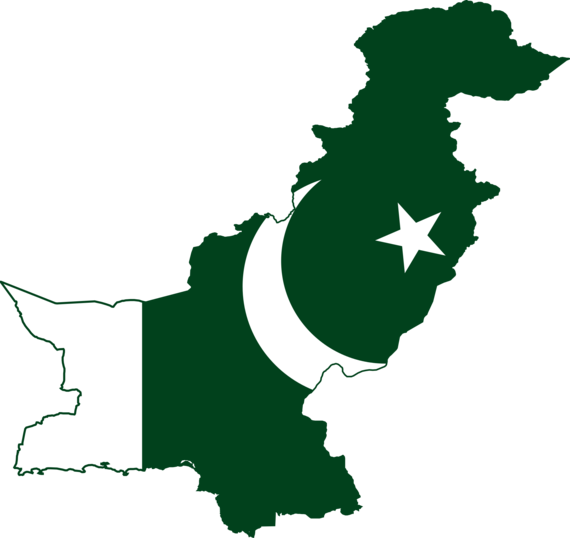 On March 23, 1940 the All India Muslim League adopted a historic resolution in the city of Lahore. This resolution has since come to be known as the Pakistan Resolution as it became the forerunner to the formal demand for an independent nation state for the Muslims of India. The following is an extract that provides the essence of this resolution:

Seven years after this resolution a new nation was born. The man most responsible for the political struggle that culminated in the creation of Pakistan was Mohammad Ali Jinnah. In his first address as President to the constituent assembly of Pakistan on August 11, 1947 (three days prior to the day Pakistan officially became a nation) he had this to say: 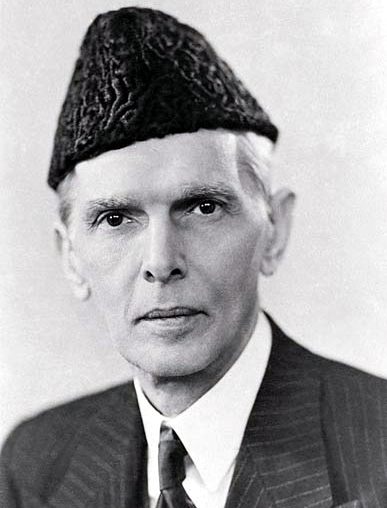 "I cannot emphasize it too much. We should begin to work in that spirit, and in course of time all these angularities of the majority and minority communities, the Hindu community and the Muslim community -- because even as regards Muslims you have Pathans, Punjabis, Shias, Sunnis and so on, and among the Hindus you have Brahmins, Vashnavas, Khatris, also Bengalees, Madrasis and so on -- will vanish. Indeed if you ask me, this has been the biggest hindrance in the way of India to attain the freedom and independence, and but for this we would have been free people long long ago. No power can hold another nation, and specially a nation of 400 million souls, in subjection; nobody could have conquered you, and even if it had happened, nobody could have continued its hold on you for any length of time, but for this. Therefore, we must learn a lesson from this. You are free; you are free to go to your temples, you are free to go to your mosques or to any other place or worship in this State of Pakistan. You may belong to any religion or caste or creed -- that has nothing to do with the business of the State. As you know, history shows that in England conditions, some time ago, were much worse than those prevailing in India today. The Roman Catholics and the Protestants persecuted each other. Even now there are some States in existence where there are discriminations made and bars imposed against a particular class. Thank God, we are not starting in those days. We are starting in the days where there is no discrimination, no distinction between one community and another, no discrimination between one caste or creed and another. We are starting with this fundamental principle: that we are all citizens, and equal citizens, of one State."

Central to both these historical declarations is the idea that all citizens are equal regardless of their ethnicity or religious belief. It is clear that the founders of Pakistan gave central importance to the rights of minorities from freedom of worship to economic opportunity and political participation. Jinnah died in 1948 and was unable to oversee the framing of a constitution. There is little doubt in my mind that the foundations of the nation would have been much stronger had this been the case. Immediately after the creation of Pakistan, the main religiopolitical parties- the Jamaat-e-Islaami (JI)and the Jamiat Ulema-e-Islam (JUI)-started campaigning to make Pakistan a theocratic state. The JUI was headed by the heavily influential Mawlana Shabbir Ahmad Usmani while the JI was led by the fiery Abu A'la Maududi. 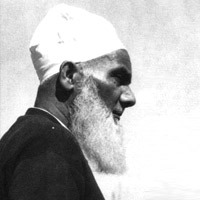 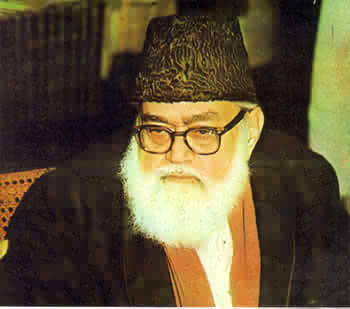 Both lobbied relentlessly and succeeded in making religion a central feature of the "Objectives Resolution" of 1949 and the first constitution of Pakistan promulgated in 1956. Despite dissension from several prominent members of the Hindu minority in East Pakistan (now Bangladesh) Pakistan was officially named "Islamic Republic of Pakistan". Two critical provisions in this constitution set the stage for future intrusions of religion into politics: the first that only a Muslim could be the head of state and the second that no law contrary to the Quran and the Ahadith could be enacted. The JUI and JI have played a prominent role in pushing theocratic legislation and opposing progressive legislation that is yet to cease-as witnessed by their current opposition to the The Punjab Protection of Women Against Violence Bill. Even more ominous and unforgivable has been their role in the persecution of minorities. The role of the JI in the 1971 atrocities during the civil war in East Pakistan are well-documented. Party-workers functioned virtually as an irregular army and played a central role in the massacre that took place at Dhaka University and the widespread killing of Hindus in East Pakistan. In 1974 protest and rioting by Maududi's JI resulted in the Government of Zulfiqar Ali Bhutto caving in and introducing the Second Amendment of the Constitution of Pakistan-which declared that Ahmadis were non-Muslims. In 1977 the JUI and JI colluded with General Zia-ul-Haq in orchestrating nationwide protests that culminated in a military coup d'etat and the hanging of Prime Minister Zulfiqar Ali Bhutto. The worst came during the eleven years of Zia's leadership. 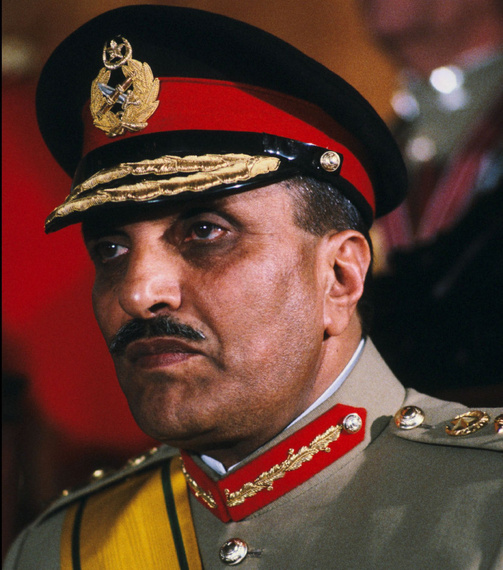 Under the supervision of scholars largely derived from or affiliated with the JUI and JI, school and university curricula were revised to be in line with religious teachings, and capital punishments for adultery, blasphemy and apostasy were promulgated. Ahmadis were no longer allowed to use the traditional Muslim greeting or to refer to their places of worship as mosques. There is no greater example of denying religious freedom and creating a religious apartheid than what the state has done to Ahmadiyya Muslims. The religiopolitical parties also benefited from unconditional Western support during these years due to the role they played in recruitment and logistics in the Afghan-Soviet War. During this time they were able to expand their infrastructure in Pakistan and increase their presence in legislative bodies. Interestingly enough, after another period of the state patronizing militants (the Afghan Taliban were supported by the Pakistani military in the Afghan Civil War between 1992 and 1996) and another war involving the western border- the 2001 American invasion of Afghanistan-the trend towards minority persecution increased further. There were unprecedented attacks on Christians and Hindus as well as members of the Shia, Ahmadi and Ismaili Muslim sects. The bigotry appears to have grown even bolder as cases of commercial establishments and housing schemes denying entry to Ahmadis has increased. It is time Pakistan returned to the spirit of the March 23, 1940 resolution and the vision of it's founder Mohammad Ali Jinnah. Let's be clear about this: the raison d'etre of Pakistan's creation was autonomy for the followers of Islam in the Indian subcontinent. Islam continues to be the prevailing moral orthodoxy and the tie that binds the national culture with all its rich and beautiful diversity together. However, Pakistan is also a nation state that is responsible for safeguarding the rights of all its civilians, both Muslim and non-Muslim. The only way to reverse this trend is to revert in letter and spirit to the ideals of protecting and providing social equality to minorities found in the Lahore resolution. An encouraging bit of news recently was the announcement of Easter and the Hindu festivals of Holi and Dewali as "closed national holidays for minoroties". However much more is needed if the state is to fulfil its responsibility of protecting and empowering all of its citizens. What must occur if minorities are to receive social justice is a reversal of the draconian and unconscionable Second Amendment and Zia's Hudood and 1980 Ordinances including blasphemy laws. These laws have been repeatedly used as a pretext to persecute religious minorities and their mere presence is an insult to the basic principles of human conduct. Law enforcement must be reformed and rendered capable of enforcing the rights of minorities that are adequately protected in letter by the original 1973 Constitution. Most important of all the Government and civil society must resist the intimidation of religiopolitical parties and prevent them from any further sabotage of the nation's unity and moral fabric. These entities will not dissolve into thin air and will have to be resisted, ultimately, through a refutation of their warped and self-serving vision of Islam. This will never be possible unless progressives both within Pakistan and abroad realize that incessant negative portrayals of Pakistan and Islam are not the answer. These have manifestly played into the hands of demagogues who use them to perpetuate their narrative of a global assault on Islam and Pakistan of whom they are the only legitimate defenders. What is needed is not less but more pride in the rich and complex history of a country that has inherited so much from civilizations and cultures so diverse. From the Indus Valley Civilization to the Vedic period to the Arab and Persian conquests to the British Empire-the sources of our cultural traditions are myriad and we must learn to accept them and take pride in them. It is not through the incessant intellectual self-flagellation that so many well-meaning progressives engage in that the path to progress lies. It lies in picking the right battles and the right paths to success. There can be no meaningful refutation of the more pernicious elements of the religiopolitical spectrum, for example, till blasphemy laws exist. They will not allow the free debate in public forums such as the media and University campuses that is necessary to sway public opinion. Also, there can be no meaningful legislation to protect civil rights till there is a state that has the will and the intent to do so. Free speech and able leadership: these are the only foundations on which a free and equal society can exist. This is where the time and energy of progressives must direct themselves. A society is judged best by the measure of how it treats the most vulnerable in its midst. In this we have faltered and failed miserably. Let us return to March 23, 1940 and start over. Pakistan Zindabad (Long Live Pakistan).