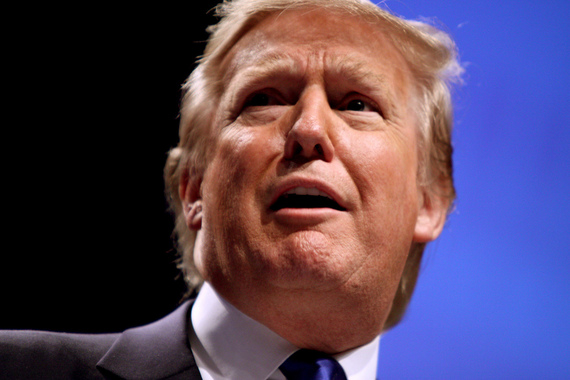 Sometimes the only way I stay optimistic when Americans miss the mark to do the right thing is because I believe, despite the fringy nut jobs who never catch up with our century's higher brain, we're mostly an evolving and centric people with rational default positions.

Majority rules in our country but sometimes a scary number of people get stuck in fearful ignorant defensiveness and refuse to see that their anger or ideals will never in a million years or Bible passages, outrank doing the right thing.

Like when states fought same-sex marriage the Supreme Court had to tell the people they were wrong. Because, they were.

There was a time when if my well-intentioned friends apologized for aging racists who said atrocious stuff, just to be polite, I pretended to agree with their lovable excuses.

Forgive that generation for they know not what they say!

A few years ago my sixty-something neighbor, a nice but tiresome lady, showed up at my door to gently complain about something I needed to fix. A few minutes later she got weirdly quiet and sighed, which I'd learned was my cue to ask.

"My husband is really upset lately because our son has been dating a half-breed nigger."

She said it casually and in cahoots, like she'd mentioned that interest rates were up and so of course we'd both see the obvious downside of what was coming next.

And when I looked horrified, she didn't.

"Oh yes, I forgot your generation doesn't talk that way," she said.

"Actually my entire family doesn't talk that way," I said.

And when one of my brothers who wasn't raised racist offhandedly used the N-word I told him no, not ever. Not in my house.

People need to hear that thinking racist or outrageous bile out loud isn't okay simply because people hand them a few empathetic hall passes like:

None (unless, you're not of sound mind).

You don't get to imply that a female journalist has PMS or that Carly Fiorina is ugly or that real war heroes don't get captured. You don't get to make fun of a disabled reporter or say racist things about Mexicans or that you'd ban all Muslims.

Okay you get to say almost whatever you want, but clearly you shouldn't.

We the people decide if we raise or lower the bar for civil discourse.

And while we can't legislate that temperament and character become hire criteria for the highest office, voter outrage by an overwhelming majority makes it pretty clear what the people will or won't tolerate.

Being "presidential enough" is shockingly minimalist lately when two candidates cross swords about penis size and supporters cheer on Trump's approval of violence at a rally.

But in the Washington Post article, "The real reason Donald Trump's so popular -- for people totally confused by it," Jeff Guo helps demystify how the once laughable and unimaginable turned into the say it isn't so:

When a candidate racks up offensive remarks in easy-to-remember bullet points like, serial liar, xenophobe, racist, misogynist, birther and bully it's time his fans get quiet and look within.

I know, not so easy. Trump or Cruz.

If you agree both are horrors in their own but different right, thank you.

If you grapple because your choice feels like a what-the-hell-happened forced hand, like more than the occasional election agony when sometimes you have to pick the least worst, I'm sorry.

Voters who fast defend Trump with "Hell yeah Trump for President!" no matter what awful thing he says are, in a watered down word, worrisome.

When I heard Trump was running I snort laughed along with everyone else because I knew we'd never let it happen. Circus act, brash and my biggest self-soother, of course the people will boo him off the stage.

Sure, plenty of voters across a broad range of demographics are angry and scared, but angry enough to ditch their presidential standards for decency?

Not gonna happen I said, easily comforted by the notion that we the people won't stand for that sort of nonsense in 2016.

And yet something went terribly wrong.

An uncomfortable number of voters decided rancor is a tone befitting a president or that rancor doesn't matter much because an unfiltered bully is their nation's long over due savior.

Something quiet and creeping mutated the natural order of American politics when hard-won experience, dignity, compassion and an even-temper became second tier nice-to-have's while inexperience, belligerence, meanness, piggish behavior and fear mongering offered sweet relief or when too many voters excused loathsome traits in hopes that a refreshing stream-of-consciousness candidate could save the day.

The other day night I watched an episode of my latest TV binge Newsroom where anchor Will McAvoy gave a morale speech to his deflated staff. Uncharacteristically, he stammered to find the right words to explain why the station's new brand of uncompromising integrity and truth and getting the story right mattered more than being first or titillating viewers.

"Why wasn't I able to put my finger on what we're talking about?" he later said to Charlie, his long time friend and the station president.

"Because it's obvious," said Charlie.

It's how I feel about the Trump factor.

No matter how many apologist stories I hear about how he's "tapping into voter anger", I can't string together a compromising justification for why Trump supporters at least have a point.

I can't adequately verbalize what's happened because maybe this level of American wrong in contrast to what's always been right is so self-evident, that wordless instinct is all I have left.