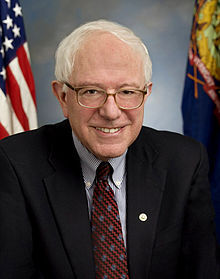 Everyone wants to do or be Good. Even those who are doing Bad think they are doing Good. For instance the two inmates who defied all the odds and broke out of the Clinton Correctional Institution in Dannemora undoubtedly felt they were doing Good, not necessarily because they were convinced they were wrongly accused of their crimes, but because they should not have to pay the price for having committed them. With a few exceptions, even the most remorseful criminal isn't going to pass up the opportunity to be freed by legal or illegal means. But Goodness has its down side. Our current primary elections have given average people the opportunity to be suddenly conscripted into Cabals of Goodness. If you're a resident of New York City, you've undoubtedly been at numerous dinner parties which are Cabals of Goodness against the evil represented by Donald Trump. It's all fine and dandy to enjoy the cozy warmth of being righteous. Donald Trump is the perfect foil since he says so many stupid things. Another Cabal of Goodness is to be found in the Hillary Clinton camp and yet another in the followers of Bernie Sanders, who like Trump, is riding a wave of disenchantment with establishment politics. What all these Cabals provide is a self-congratulatory feeling of superiority. Martin Buber distinguished between I/Thou (Ich-Du) and I/It (Ich-Es) relationships.The I/it ones are those lacking identity with the other, who is reduced to being a thing. When you join a cause, even a very commendable one you run the risk of deluding yourself with the notion that you're suddenly wafted out of your unruly imperfect existence made of willful and selfish desires, your humanity that is, into a spiritual ether in which in certain severe cases you may even begin to imagine your head surrounded by a halo.