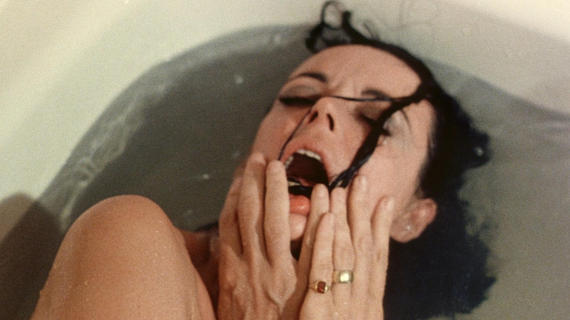 Cars and skyscrapers: are there two more potent symbols of our modern urban existence? But what are these symbols doing to our minds, our bodies, our sex lives?

J. G. Ballard (1930-2009) knew. In a series of increasingly experimental novels, this British science fiction author explored the impact of technology on our beings. His 1975 novel High-Rise, for instance, is set in one of those all-inclusive luxury apartment buildings that is a world unto itself. When the building's infrastructure--elevators, garbage chutes, lighting, etc.--starts to break down, the tenants split into warring factions that kill to literally move on up. The Jeffersons were never like this.

To celebrate the release of the long awaited movie adaptation of High-Rise, Anthology Film Archives is screening J. G. Ballard and the Cinema May 13-22. This somewhat loosely structured series features films that have been directly influenced by Ballard, films that Ballard expressed admiration for, and films that just seem Ballardian in theme. Highlights include:

Anthology Film Archives is located at 32 Second Avenue in Manhattan.