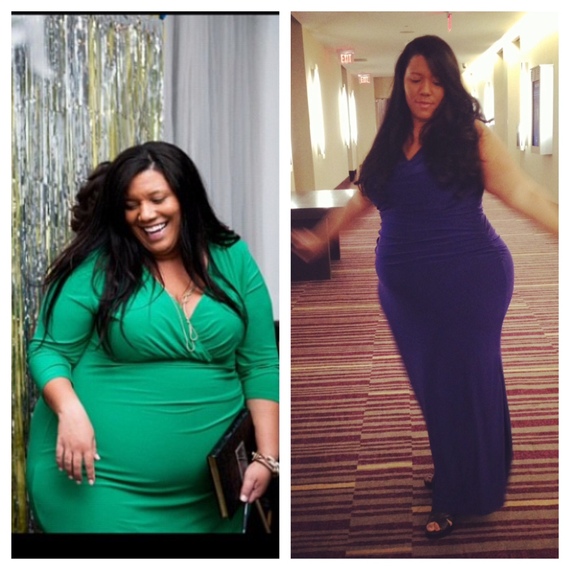 In a recent New York Times article, researchers studied the weight loss and weight gain of "The Biggest Loser" contestants from season 8. After 6 years, the study found that the metabolism of the contestants lowered when they lost weight but never went back up as they gained weight. Essentially, their bodies were fighting to get back to their original weight. The results were "stunning" and "mind-blowing" according to researchers. I read the entire article waiting for them to talk about the emotional aspect of weight, weight loss and weight gain. How did they not touch on the emotional aspect of food? Being physically healthy but not mentally is backwards. I'm no weight loss expert but I know a little something about it.

In 2013 I auditioned for the Biggest Loser. During the group interview, it became apparent that I wouldn't be chosen for the show. Not because I wasn't big enough but because I loved myself too much. Every single person in my group talked about how much they hated themselves. One woman wept when she talked about feeling worthless and useless. No one talked about how they just loved food so much and didn't know how to give it up. Everyone in that room was a crying mess and rightfully so! Being overweight is no joke. I got on a scale the next morning and it read 349 pounds. I was SHOCKED! I knew I was big but I didn't know I was 349 pounds big. I immediately started going to the gym every day. My goal was to walk 2 miles on the treadmill, which I did until I met my trainer, Ramon. 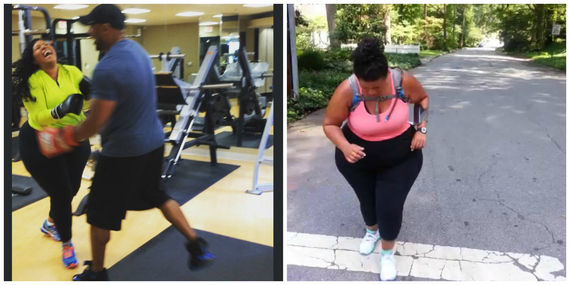 I worked out like a monster. Every day brought mini victories. My body was doing things that it couldn't do before. I would get choked up in the middle of a workout, pretend to have to use the bathroom and cry for a second. See, Ramon talked me through my issues dealing with being overweight but I didn't fully open up at times. It wasn't necessary though because he isn't a therapist and he had also never been overweight. When you're obese, you keep secrets and those secrets are normally centered around food. That's one of my issues with this research. Do they really know how much the contestants ate or just what they were told? There were times when I could easily eat 4 candy bars in one day and not even realize it. If I had to write it down and I felt shame, you better believe that at least 2 of those bars would be left off the list. I'm a wedding planner and I always say, "Let the experts be the experts." I should have been seeing a therapist so that I could deal with WHY I ate my feelings for so long and seeing Ramon for my physical health.

There were many victories that I experienced outside of the gym. I remember the first time I was able to buckle my seatbelt on a plane. I took a picture, sent it to my trainer and cried for the first hour of my flight. Fitting into a chair with arms without having to perch because my hips would fit was magical. I was running errands one day and caught my reflection in a mirror and was stunned. I took a picture, sent it to my trainer but I didn't cry this time. I was getting used to these moments. I felt unstoppable. I hadn't felt depressed in months. I was on top of the world! An Instagram post of broccoli got all the likes and tons of praise. "I got this!" I started a blog and I even made t-shirts. Then all of the sudden, life started happening. 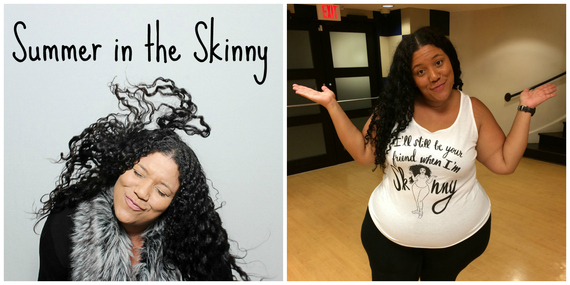 I was stressed out with work. The relationship I was in wasn't what I wanted or needed anymore. It felt like everything happened overnight and I started canceling my workouts. Ramon's calls went unanswered and I stopped posting to social media. I started eating my feelings again. Now, I didn't ever fully stop eating my feelings before but it was different when I was working out and really committed. I always say that sometimes an apple doesn't fill up the loneliness the same way that chocolate can. I was so overwhelmed that all I wanted to do was sit still and eat. I was depressed and I slipped right back into my old habits of eating my feelings. It sounds crazy having gone through it now and understanding what piece of the puzzle I was missing.

I gained back a ton of weight and it felt awful. I was embarrassed and ashamed. It's not like people didn't notice but no one mentioned it... except for Ramon. I struggled to get back into the mindset that I was in when I was losing weight. I needed therapy. There is an emotional and mental component to weight loss and weight gain that The Biggest Loser doesn't adequately address. No one should lose 200 pounds in 3 months and be expected to keep it off. They aren't teaching moderation. They have encouragement but they aren't addressing what got them to their starting weight. 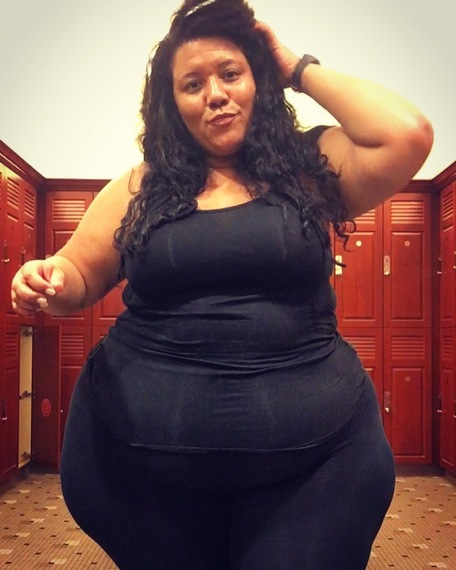 So, while this study is enlightening, it also frustrates me. Why aren't we talking about the mental health aspect of obesity? Rather than suggesting a therapist, they're telling these contestants that it isn't their fault that they've gained weight back because of their metabolism?! Of course you'll feel relief hearing that it isn't really your fault that you've gained weight. While it might be harder for them to keep the weight off or to stay at a healthy weight, it isn't impossible. I didn't gain weight back because Ramon didn't do his job. I gained it back because I hadn't done my part. I didn't tackle the emotional aspects that drove me to eat. Having lost weight and gained it back, I'm fully aware that the culprit isn't my metabolism. Weight loss is a journey, not a destination. What did these contestants expect once they thought they reached their destination? You wouldn't go on a road trip across the country and expect to only fill up your gas tank once. Why would you expect that the work is over once you've lost weight?