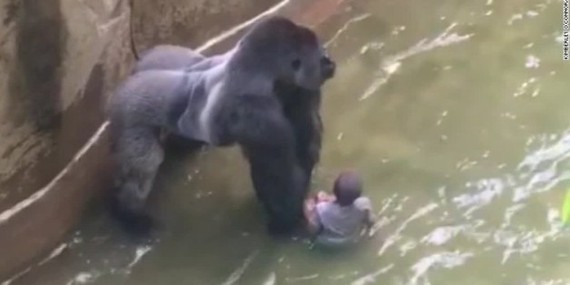 Unless you've been living under a rock (and I may want to join you under that rock), then you've probably heard about it. The internet lost its mind for five days over this single, no doubt tragic, event.

But you know what else happened last week?

Over 1,000 people died trying to cross the Mediterranean Sea from Libya to Italy.

A shooting occurred at UCLA, killing two people and shrouding the campus in fear for several hours.

Nadia Sevachenko, a Ukrainian army officer who in March was convicted in a Russian court of complicity in the murder of two Russian journalists, was released in a dramatic prisoner exchange.

These are just three of the dramatic headlines that occurred in the last week, yet not one of them has been discussed or shared widely online. Instead, we've been swallowed in the hysteria of Harambe's death. 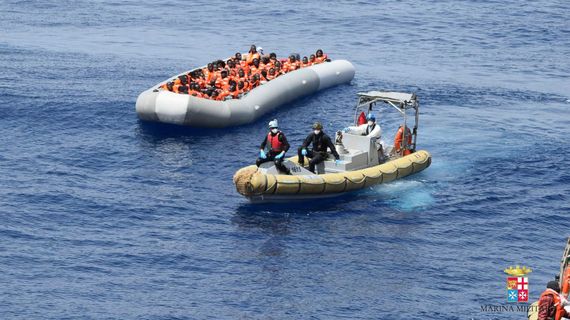 I spent many months in Ukraine studying the culture and the language. I traveled the country meeting and speaking with World War II veterans, gathering up stories of survival. Countless times I sat next to men and women who had seen the worst that humanity had to offer, and not once did I detect an ounce of bitterness.

A sense of injustice at all they experienced? Yes, there was plenty of that.

There were some tears, and I felt the heat in their words as they described the vicious cruelty of those years. But those emotions were quickly replaced with a gentleness that is hard to describe.

In the town of Vinnitsya, Ukraine, I met with a group of men from a local veteran's group. One by one they stood up, each wearing his uniform proudly, and they told me their stories. The last man to stand is the one who impacted me the most.

Only sixteen when the Germans invaded his town, he joined the Red Army as a volunteer because of his age.

"There were many others like me," he said, his voice laced with pride. "Boys who had not even finished school, who fought like men. Many of my friends died before they saw their eighteenth birthdays."

He continued, eyes moist with tears. "After the war was over, I wondered what life would have to offer me. What would I do? I was still so young, but I had aged much. It didn't take long for me to figure out, though, that I was more than just a soldier."

The rest of the men nodded their heads emphatically. "There was more to me than those years on the battlefield. All of us," he gestured to his comrades, "were more than those days of war. We've gone on to lead good lives. We are fathers and grandfathers. We love our families."

Thirteen years after that encounter, I find myself baffled at the vitriol being displayed online. We've summed up a young mother based on one terrible moment in time.

We've judged the split second decision of the zookeepers based on a very difficult set of circumstances. We've been entirely wrapped up in dissecting a situation that cannot be changed, and which has no easy answers, and the words of this soldier keep floating through my head. "We were more than those days."

All of us are more than the sum of our past decisions, more than our experiences.

Does the past have consequences for the future? Of course. Not one of those soldiers would deny that their years at war had a lasting impact. A moment in time can last forever. But it doesn't have to define us.

That mother is more than the moment she lost sight of her son.

The zookeepers are more than the decision to pull the trigger.

A gorilla died last week. It was tragic. But there's more to us than the hate that followed that event. We as humans are more than the sum of the past week. We're better than this.