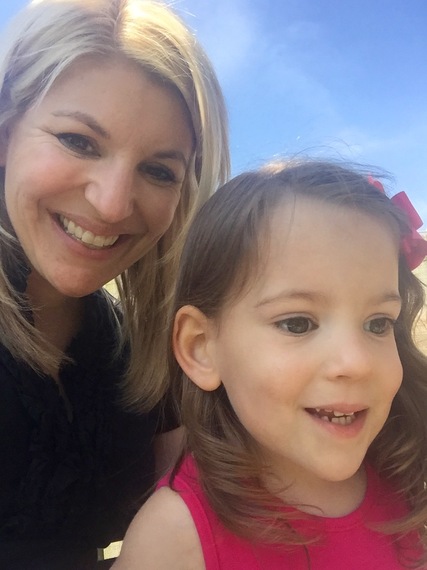 It was the wee hours of the morning. My mind was racing as it normally does when I can't sleep. The night sky still visible; a sign that I should be sleeping, not fretting over finances or my latest work deadline. My quiet time came to an end as a shrieking sound startled me. I looked in the baby monitor and saw my toddler crying. Through those tears, I heard her call for "Mommy". I hopped out of bed and raced into her room, worried that something was terribly wrong. As I opened the door, she rose to her feet saying four simple words, "Mommy, I need you."

Was anything wrong? No. My almost 3-year-old simply woke up scared and wanted her mommy. My husband and I try not to let her sleep in our bed, so I offered to rock her for a few minutes. I carried Peyton from her crib to the rocking chair, a spot that was so familiar, yet so foreign to me. That comfortable grey nursery chair was symbolic of the early days when my daughter first came home from the hospital. That chair was meant to rock three babies to sleep, but instead, I rocked my lone surviving triplet as my mind wandered to heaven, thinking of her brother and sister who passed away.

As I began to rock my toddler to sleep, I couldn't help but notice a significant change. That baby who was small enough to cradle until she was 2 years old, could no longer fit in my arms. Instead, her head rested on my shoulder while her legs wrapped around my waist. My little daughter is growing up. 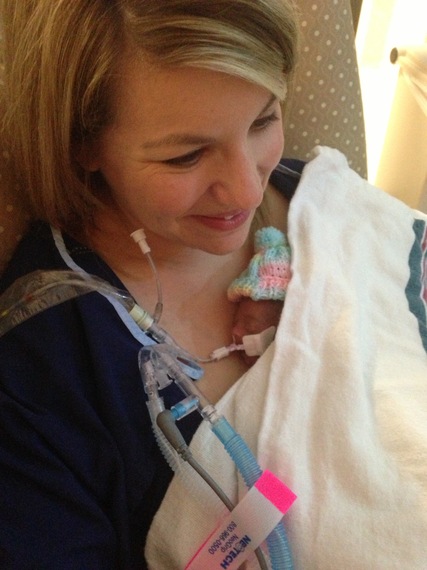 Five minutes went by, then 10, then 15, but I didn't stop rocking. As she dozed off with the subtle movement, tears began to well up in my eyes. I was brought back to the first time I held my daughter at one week old, weighing only one pound. Born four months premature, my triplets faced an extremely slim chance of survival. Yet here I was, nearly three years later, with my miracle daughter who is perfectly healthy.

As I continued to rock her, hypnotized by the back and forth movement, a smile crept up from the corners of my mouth. For so many months and years, I wished for my child to grow and gain weight. I wished for her to catch up to other kids her age. While she was going at her own slow pace, I was secretly hoping she would speed up. Yet, as I rocked her in my arms, I wished the years would slow down.

As I stood up from the chair, my sleeping toddler mumbled in her soft voice, "Mommy, I need you." After returning her to her crib, I grabbed a pillow and sprawled out on the ground beside her. Those little four words that I've heard thousands of times before, took on new meaning. She didn't need me to help reach a toy or get her snack. She wasn't crying because she needed that chocolate I told her she couldn't have. No. In those wee hours of the morning, my daughter simply needed her mommy. Those four simple words made my heart fill with happiness. My sweet, gentle child needs me...and I need her, more than she'll ever know.


A version of this originally appeared at: http://www.perfectlypeyton.com

More:
growing upMomsParenting child lossParents
Newsletter Sign Up
Raise the kind of person you'd like to know
Subscribe to our parenting newsletter.
Successfully Subscribed!
Realness delivered to your inbox