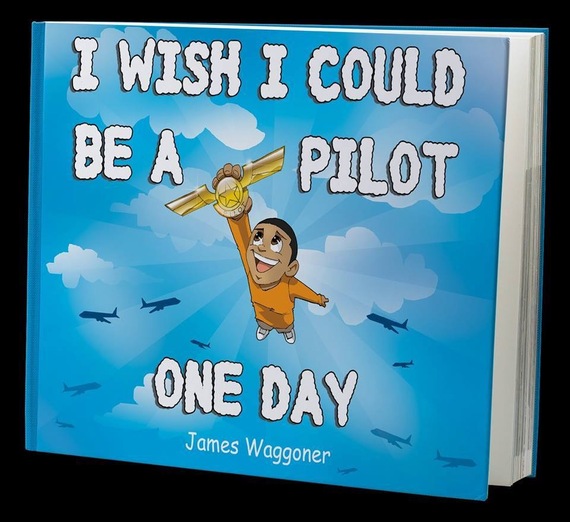 With Father's Day approaching, I felt it would be good to discuss what it means to be a father. Growing up in Los Angeles, in the late 80s, I was considered a statistic to graduate high school, and be alive at the age of 18 given the alarming rate of gang violence and drugs on the rise. That was nearly three decades ago and I feel history is repeating itself regarding black males across America.

My father was a construction worker with no high school education, but that didn't stop him from teaching me the principles of manhood, and preparing me for the world. When asked what being a father means to me, I can respond without hesitation. To some, it may mean being like their father or someone who has been a role model. For me, being a father is the greatest job in the world, and the rewards of being a father exceed any monetary value. Being a father gives me the opportunity to see what I've created, and it gives me a front row seat to watch the gift that God has given me flourish. Of course as a father, our job is to provide the foundation of being a good person with character, courage, honesty, and a spiritual base. In addition to this, I must protect my children from bad influences the best that I can, and teach them to do the right thing even when no one else is watching.

Being a father doesn't afford us second chances. We only have one shot to get it right. Our road map to success for our children is based on our involvement. During the earlier years, involvement means reading to them at night and educating them with visits to the local zoo and museums, or even taking them on vacations to other states and countries as vacations should be enjoyable as well as educational. Doing these things in my opinion helps to cultivate their mind, and gives them insight on the world beyond their immediate community. As a father, involving our children in sports helps them to develop social skills outside the classroom, but it's important to let their passion lead them. Our dreams are not theirs. I remember specifically the time my daughter told me she didn't want to do ballet anymore and of course I was crushed, but it wasn't about me. She's now a young adult in her third year of pharmacy school.

My young son who inspired me to write I Wish I Could Be A Pilot One Day, is still nurturing his dreams. But it was very similar to my daughter. We signed him up for soccer and basketball a couple of years ago, and it ended up being a donation to the parks and recreation center. Two years later, he is in love with both sports and still talks about becoming a pilot one day. Being a father means teaching our children about sportsmanship. We're not always going to win, and that's okay. The key is having fun and recognizing where we can improve. It also means that being a father means we are vulnerable at times in front of our children. We should never be ashamed to hug our children and show them affection. It's a fact that children may not listen to everything we say, but they will definitely imitate what they see. That means we must show our children the right way to handle situations when they arise. As a father, I want my children to be thinkers and not just doers. Most importantly, I want them to go after all of their dreams with ambition, and never allow anyone discourage them.

When I wrote I Wish I Could Be A Pilot One Day, I did it in hopes of having an impact on countless kids in the world, to show them that dreams do come true, and to encourage them to never give up when faced with adversity in pursuit of their dreams. If you are a father or serving the role of father, let's celebrate this holiday for its true meaning, which is our children.

More:
Parentsfather's dayfathersParenting
Newsletter Sign Up
Raise the kind of person you'd like to know
Subscribe to our parenting newsletter.
Successfully Subscribed!
Realness delivered to your inbox