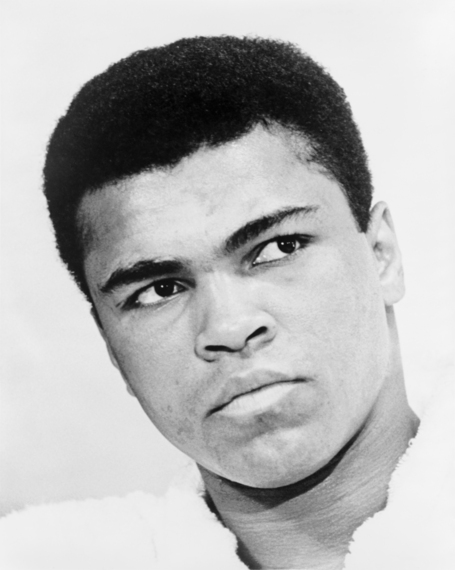 In high school my goal was to become a professional athlete. Some of the athletes that I admired at the time were Jerry Rice, Michael Jordan and Maurice Greene. I admired them not only for their success in their respective sports, but also because of their work ethic and dedication. Although I was not as politically aware in high school as I am now, even then Muhammad Ali stood out to me as the athlete that I truly wanted to emulate. For me, Ali the athlete paled in comparison to who Ali was outside of the ring.

Ali was the type of person who was willing to give up all of the wealth and prestige that came with being the heavyweight champion of the world to take a stand against an unjust war in Vietnam and the hypocrisy involved in drafting black people to fight a war for a country that had oppressed them. In taking this stand, and taking a stand against America's racism, Ali came to symbolize the ability of black people to confront racism and to triumph.

Ali made many people, white and black, uncomfortable. They did not like that the world champion was a Muslim, who rejected both his slave name and the religion of his slave masters. Many refused to even call Ali by his new name, preferring instead to call him Cassius. But Ali had a way of forcing his critics to respect him, either inside the ring or out of it. When Ernie Terrell refused to acknowledge Ali's new name, Ali pummeled Terrell while repeatedly asking, "What's my name?" Martin Luther King complained that Ali was the "champion of racial segregation" but when Ali refused to be drafted in the Vietnam War, King stated: "No matter what you think of Muhammad Ali's religion, you have to admire his courage."

That courage not only made Ali a beloved figure in the United States, but African people throughout the world loved him. Ali was the clear crowd favorite when he fought George Foreman in Zaire, with the crowd chanting "Ali bomaye." In Ghana, Ali was a special guest of Kwame Nkrumah's. It seemed as though Ali was loved everywhere that he went in the world, where he was not only respected as a great boxer, but also as a symbol of freedom, human rights, and black pride. Ali's victories in the ring were victories that were collectively felt by people of African descent throughout the world.

In reflecting on Ali, however, I think it's important to discuss other aspects of his personality that perhaps were not so heroic. This is the Ali that I described in Muhammad Ali, The Confederate Flag, and Other Essays. Very few figures that survived the turbulent Civil Rights and Black Power movements of the 1960s and 1970s retained the same fire, energy, and outspokenness that they had during that era. Ali was not one of those few.

In 1980, Ali found himself going on a five nation tour in Africa on behalf of President Jimmy Carter to help win over the support of African governments for America's boycott of the 1980 Olympic Games in Moscow. The problem was that Ali knew very little about African politics. The same boxer who ridiculed rival boxers in the ring for being Uncle Toms was now defending himself against claims that he was acting like an Uncle Tom because he was representing an American government that had all but ignored the African outrage towards the apartheid regime in South Africa. Ali was now in the position of trying to defend America's foreign policy in Africa, which he knew very little about. Furthermore, the Soviet Union had been arming African freedom fighters in South Africa, which Ali also had no knowledge about. Although Ali's tour in Africa was not the abject failure that it was sometimes made out to be, the tour was an ill-advised one on Ali's part and demonstrated that was Ali no longer the fierce critic of American foreign policy that he had been in the past. 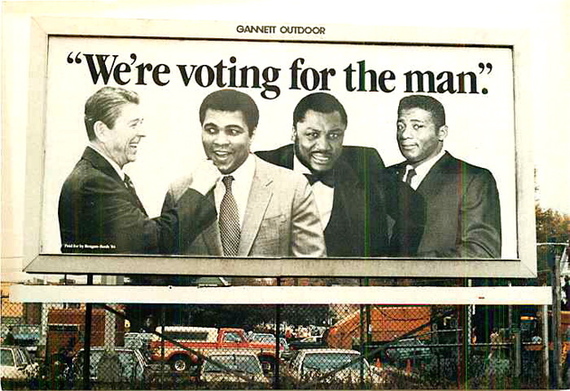 Another example of Ali's decline in political significance was his support for Ronald Reagan's presidential campaign. When the two met each other as rivals in the ring, Ali denounced Joe Frazier as an Uncle Tom. In the field of politics, however, the two became allies in their endorsement of Reagan. Keep in mind that when Reagan was governor of California he opposed Ali's stance on the Vietnam War and declared that Ali would never get a boxing license in California. That was when Ali was a member of the Nation of Islam, but by the 1980s, Reagan was happy to receive an endorsement from an Ali who had since ceased being a radical voice for black liberation.

Ali's stance against the Vietnam War represented the best in what athletes can be, but he also demonstrated some of the worst traits that have become so prevalent among athletes. Ali was a womanizer, who was married four times in the span of 20 years, and had two children out of wedlock as well. Ali was also a poor manager of money. By the time that he retired from boxing, Ali was struggling financially. It was his financial problems that caused Ali to box longer than he should have.

The great significance of Ali in my opinion was that he demonstrated that an athlete didn't have to be someone who simply won championships, made lots of money, and enjoyed lots of women. He was a fighter with political and moral convictions, who consistently put those convictions above his sporting career. He made a lot of missteps throughout his life and it was disappointing that in the years following his retirement from boxing Ali had ceased being as outspoken on political issues as he once was, but he nevertheless left an important legacy that no other athlete has been able to match.