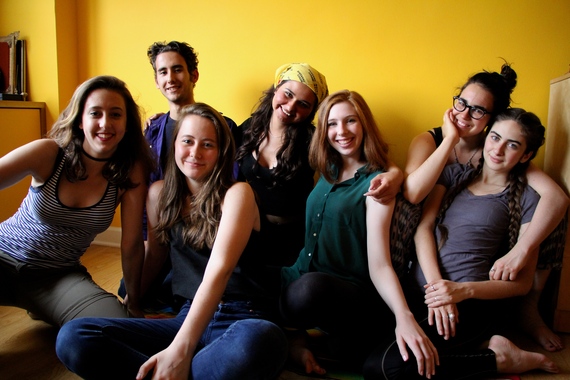 Rascal Arts' latest production Bitches begins when high school senior Kate has an unexpected run in with a mysterious figure from her past. With spinning, dandelion tea, and a decades-old cult, Kate's life transforms from the average high school experience into a unique tale about self-acceptance and discovery.

Rehearsals started three weeks ago for Rascal Arts, a theater company comprised of New York's LaGuardia High School students and graduates whose debut production I profiled last year. This young company strive to create innovative works of theater, while also producing other events to support the newest generation of artists. "We acknowledge all art as the sum of its parts and champion friendly collaboration over egocentric singularity," states India Kotis, the director of this year's mainstage production. "[We are] a reaction to the idea that artists must be pitted against each other in order to succeed."

Rascal Arts's latest collaborator, Emma Silverman, takes a new stance on feminism with her original play Bitches. "Bitches doesn't throw feminist theory in your face, it just discusses the female experience in a way that is relevant to my own life," says Leilah Rosen who plays the reigning bitch, Jill. With six characters, five of whom are women, Bitches provides female actors the opportunity to portray diverse and complex roles. The play also satirizes society's view of how women interact with one another. "Bitches makes a mockery of the steps women take to drag other women down. It's a satire of Crab Theory: people of a certain community intentionally sabotaging fellow members of that community due to insecurities, disagreements with representation, etc. It illuminates an unfortunate fact of life," states Kotis. 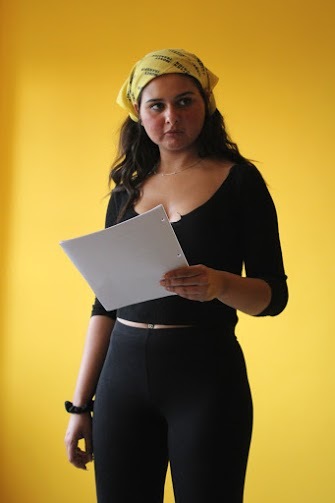 The heightened language and stretched sense of reality has brought new challenges to the company. Lily Berman, who plays frazzled freshman Mora, states, "I love that this play bends the rules of reality to expose a deeper truth. It's a slightly heightened world, which is really fun to explore as an actor. It is also a challenge. I want the audience to experience the delicate balance between the mundane and the magical and our job as actors is to craft a performance that highlights both."

It has also provided the actors with a platform to learn. "I think I've already grown a lot by exploring a character as layered as Zayla," says Stephanie Rey, "It's a great experience tackling a character who completely rejects the norms we all follow." Ricardo Rocha, who plays self-obsessed playboy Scotty, recounts what he enjoys about this production, "I love that this play is about people's truth, cults, individuality, society, and the life long question: who am I?"

Bitches even provided new challenges for its national award winning playwright. "The challenge was developing each of these characters into their own people and mapping how those people change over the course of two weeks," Silverman says, "I'm not used to writing exclusively about people my own age, which made this project somewhat more introspective than other plays I've written. I think I like to avoid the world in which I grew up when I'm writing, Bitches forced me to face it head on."

Bitches is set to run from July 20th - July 24th with matinee and evening performances at The Producer's Club. In the words of Paige Simunovich, who plays Kate, "Please do not let the cost of the ticket be a reason to not come to the show. Part of Rascal Arts's mission is to make art accessible to everyone. You can email rascalartsnyc@gmail.com if you have trouble purchasing a ticket, and we will find a way for you to see the show."

Rascal Arts was founded in 2015 by LaGuardia Arts graduates and current students having produced "The Tangibles" by India Kotis. "The Tangibles" has since been published and available now at The Drama Book Shop. In addition to theater, the Rascals have produced multiple events to support the newest generation of artists, including Young Artist's Art Gallery in January 2016 at the Shoestring Press, a Comedy Show at Ansche Chesed in June 2016. They are also organizing a publishing party at The Drama Bookshop on July 11th at 5:30 PM. Find out more about the Rascals and their upcoming events at rascalartsnyc.com.