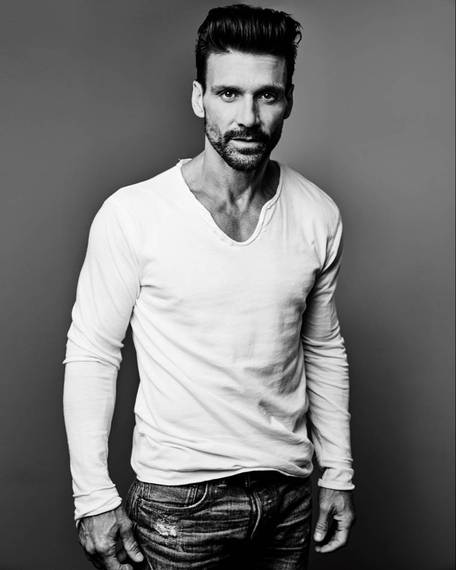 I walk into Gemma at NYC's Bowery Hotel to meet Frank Grillo for lunch and immediately spot him. For a brief moment I get an odd feeling like I actually know him, but I don't. It's because Grillo has made a career out of featured roles on TV and in film that others have said earned them greetings like, "haven't I seen you in something?" or the cringe-worthy, "aren't you that guy... in that thing?"

But, Grillo's also earned a rare accomplishment along with his long chain of respectable roles--the greatest, many actors would say--and one that stars often have the hardest time attaining: longevity.

Now 25 years after his first film ("The Mambo Kings"), Grillo has graduated into starring roles in action films and thrillers ("The Purge," Marvel's "Captain America," Warrior"); the type he says he always set out to achieve. Grillo is equally serious about these as an actor can be over any role, and over the benefits of resulting fame.

But, it's unclear so far if this peak will be short-lived. Or, if as he matures into a new decade of life together with this new phase of his career, if he'll join the ranks of the stars who defined the genre--the stars who he idolizes so much.

"I always wanted to be an actor. I really did," he tells me. "I was intrigued by the Steve McQueens, the Charlie [Charles] Bronsons and the Lee Marvins of the world. I always loved those guys growing up, watching those films."

"But conventional wisdom says I come from a family of immigrants basically, so that's not really the trajectory," he adds. "So that wasn't even an option, but I always kind of dabbled in it."

Born in 1965, Grillo (now 51) originally hails from Bronx, NY. A son of Italian immigrants, and the eldest of three, he went to New York University and earned business degree before briefly working on Wall Street.

"When I graduated college I decided that I was going to try to be an actor, but it was my dirty secret... I was in acting classes, was in a theater group... and somehow got to these Coors commercials [his first major paying job]. That got me to a point to not work anymore on Wall Street, which got me enough money to concentrate just on acting, which got me an agent, and then I got on a soap opera ["Guiding Light"]. It all happened very quickly."

It seems too that Grillo had a personal, possibly cultural gap (in the Bronx) to cross before becoming an actor. "I think it just seems like something that somebody else does, like they raise actors somewhere in Ohio and once in awhile people go and pick their actors and move to Hollywood. It seemed like such a distant idea," he shares. "But then as I started growing up, I'm like, 'oh, this is an occupation.'"

"Coming from immigrant Italian people, the one thing you do is work hard. If you really work hard and stick to it, something will happen. I don't know what. I can't quantify success. But then it did. It really did."

Success brought him to roles in films including "Zero Dark Thirty," "Minority Report," and "End of Watch," as well as a string of TV shows and commercials.

He says that he worked hard but was under the radar until the mixed martial arts film "Warrior" (2011). He's since successfully revisited this action sub-genre with the DirectTV series "Kingdom," co-starring Nick Jonas.

Grillo says he was "rambunctious" as a teenager. He played sports - wrestling, football - and says he was "a little bit of a wild child... I was a little nutty."

He admits this comes through in his acting; that it's all part of him in some ways. "It's all a facsimile of who I really am, parts of my youth, parts of my adulthood... I can see parts of my father in 'Kingdom' when I rage like that. I can see my father's frustrations in his life."

But, Grillo doesn't play simple fighters, soldiers and thugs. Generally, and to his credit, the roles Grillo selects let him play the tough guys who he admires, but with underlying storylines of redemption.

These are the roles he tells me he looks for, including the anti-hero Leo Barnes, in "The Purge" franchise with its the latest installment ("Election Year") released last Friday.

Grillo's character was introduced in the second installment, "The Purge: Anarchy," as a sergeant who sets out on a vigilante mission. Instead, circumstances present him with the opportunity to protect four strangers, which he does, offering survival over achieving revenge.

In "The Purge: Election Year," he protects Senator Charlie Roan (Elizabeth Mitchell), herself a survivor of the Purge, who is determined to end the annual tradition. As the head of her security, it's up to Grillo to keep Roan alive as they find themselves on the streets of Washington, DC.

LOOKING AHEAD
"I don't want to keep doing the same thing over and over again," Grillo shares. "I'm done being in 'The Purge,' this will be it... I'm probably done with Marvel, and that was a little piece of my life."

"At this point, I'm not thirty years old, so I have a finite amount of life left in me," Grillo says revealingly. "I want to make sure that I do as much as I can within the genre. I use Liam Neeson as an example [Grillo's "The Grey" co-star, and inspiration for his son's name years earlier], because he's a great friend of mine and I've watched his career with 'Taken' go in a certain direction."

"I'd be lying if I told you that money and finances aren't a factor. I have three children, [including] two very young children," he says. "At my age, to know that within the next five years I'll keep doing these kind of movies, and I'm able to make a certain amount of money... and my family is okay, well then that's what I'm doing. There will never be a romantic comedy on my resume," he adds earnestly.

But I remind him that most actors like to talk instead about their next big acting challenge. "Nah. I'm not Daniel Day Lewis," he admits, dismissing it quickly.

"I found a place that I feel really great in, and I'm comfortable, but not complacent. I can take each character and find something cool and make the audience dig the guy without having to play something that's so far away from who I am that I take this great risk for the sake of taking a risk."

"I hear actors pooh-pooh the idea... people might see them as a certain thing," he says. "I welcome it, because I think in cinema we're missing guys that are throwbacks to the Lee Marvins and those guys. I've said it before. If I can have even five percent of what those guys had, and people respond, I'm all in all day," he adds confidently.

WHAT'S NEXT?
"Where I'm going now is producing my own stuff," Grillo shares. "People have the confidence to put up money based on the body of work that you have, so then the journey continues in a different direction."

Grillo and Joe Carnahan ("The Grey", "The A-Team") recently went to Cannes with the action-thriller "Wheelman," which was quickly purchased by CAA and Netflix. Grillo will play a getaway driver in a race to find who double-crossed him in a bank robbery gone wrong. They're scheduled to begin filming in September.

"I really wanted to be respected by the people that I worked with. I wanted to be able to work with really cool people, people who are at the top of their game. I still want that," he says as our lunch is winding down. "That's still what I strive for... I gotta struggle. I gotta hustle for that, and it keeps me going. It keeps me getting up. There's more. Keep going. Not that it's better, but it's different. Stay hungry."