Most of the talk today centers around clean energy, and whether ramping up solar and wind initiatives will produce enough energy to replace the dying coal industry...and save us from the consequences of fossil fuels. 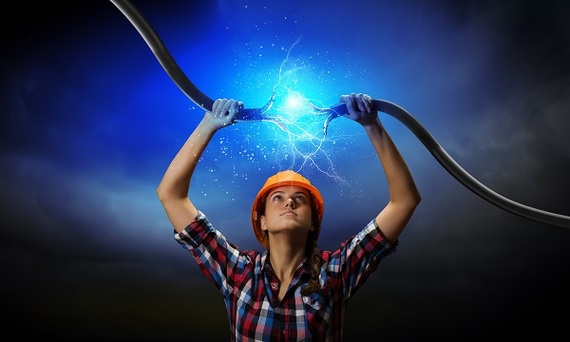 While the idea of nuclear power conjures images of three-eyed fish, it's hard to deny that the technology produces clean, sustainable energy in tremendous quantity. Fear of nuclear power is legitimate, but events are incredibly rare.

What if we could have all of the benefits of clean nuclear power with none of the risk?

What if we could disentangle the global economy from politically volatile oil-producing nations?

Molten salt reactors, a technology first explored in the 50s, may hold the long-term solution for the overwhelming need. Interest in MSR started to grow about 15 years ago, when NASA engineer Kirk Sorensen started talking about the benefits.

Inside the molten salt reactor, uranium pellets are dissolved in liquid salt, creating a self-correcting system. Unlike the conventional reactors in use today, MSR systems are designed to cool down as part of the process, keeping the rate of fission stable and safe. Other failsafe features include control rods to absorb excess neutrons, a heat exchanger, a freeze plug, and a chemical filtration plant to remove fission products and add fuel to the system. 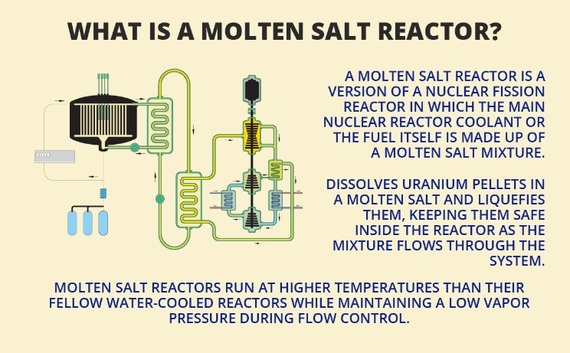 The engineering is complicated, but the bottom line is this: Molten salt reactors cannot melt down, even during a terrorist attack. In the event of a catastrophic breach, the liquid would leak out and turn to a solid, with the scary radioactive stuff trapped inside.

What's the difference? During a conventional nuclear plant meltdown, like Japan's Fukushima-Daiichi disaster, pressurized and radioactive liquid and gases spewed everywhere, contaminating the entire air, ground, and the ocean.

Unlike fossil fuels, enough material exists to power human existence for millions of years...and it's already stockpiled. Development of another type of MSR, liquid thorium reactor (LFTR), is also underway. Thorium is plentiful, easily accessible, and has the potential to produce 200 times the fuel efficiency as existing uranium-powered nuclear plants.

China is currently on the forefront of MSR development. The China Academy of Sciences expects to have a working MSR prototype by 2020. The US DOE is collaborating on the project, and they expect a fully functional commercial launch by 2032.

Back To The Future

As scientists all over the world scramble for ways to meet the growing demand for energy and combat the devastating effects of global climate change at the same time, it seems odd to be discussing a technology tested and rejected in the 70s. MSR looks like a rockstar solution. By reaching into the past, we may have discovered the futuristic energy solution we should have implemented (and not abandoned) in the 70s: a small-footprint solution cheap to produce, clean, and safe.