Two more houses in Palestinian neighborhoods in East Jerusalem taken over by settlers over the past two days, in the neighborhoods of Jabel Mukaber and A-Tur. Are these just routine settler provocations or something more? The answer is: both.

They are routine because settlers have been doing this for years, supported by Israeli police and courts. The phenomenon peaked in the beginning of the 1990s in Silwan then dropped off after Klugman Commission, which documented rampant Israeli government illegal support for settlers. It quietly picked up again after 2000, with return of Ariel Sharon to the political stage.

But what is happening is something more insidious and dangerous, too. Settler evictions of Palestinians picked up most visibly over the past year with new settler efforts targeting Sheikh Jarrah. This has been part of an effort by the settlers to aggressively expand their domain in the Palestinian neighborhoods in the heart of East Jerusalem and to establish a continuous (and ultimately contiguous) ring of Jewish settlement around the Old City. These past two days are the latest evidence of this expansionist trend. This growing penetration of Palestinian neighborhoods by settlers and the gradual encirclement of the Old City by settlement is, in turn, intended to block the emergence of any Palestinian capital in East Jerusalem. And of course, without a Palestinian capital in East Jerusalem, there will never be any two-state solution.

With their latest acquisition in Jabel Mukaber (their first in this neighborhood), the settlers are completing a continuous Jewish presence -- a chain of settlements and touristic projects -- in the area south of the Old City. The new property is located only a little to the north of the ancient aqueduct/tunnel that is the site of a major tourist project run by the Elad settlers association, and northwest of the house there is the "educational center" that Elad runs out of the "Hashalom Forest." The new house, whether the settlers use it as a residence or a tourist center, completes a wide belt of settlements around the southern areas of the Old City. 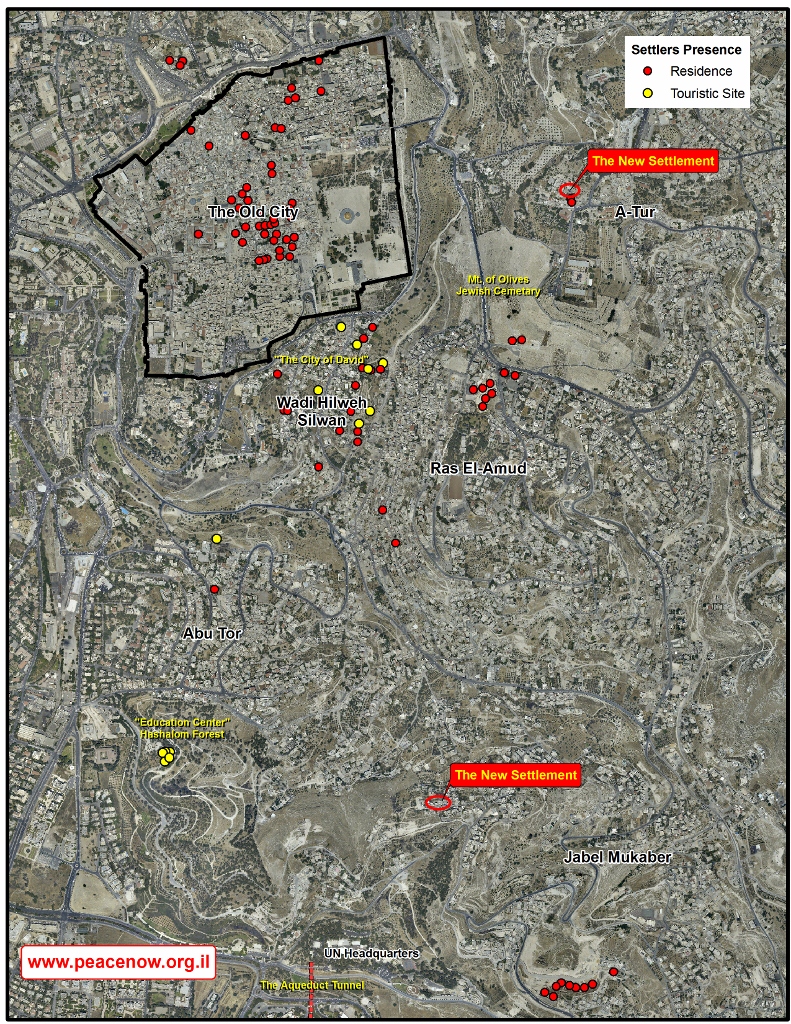 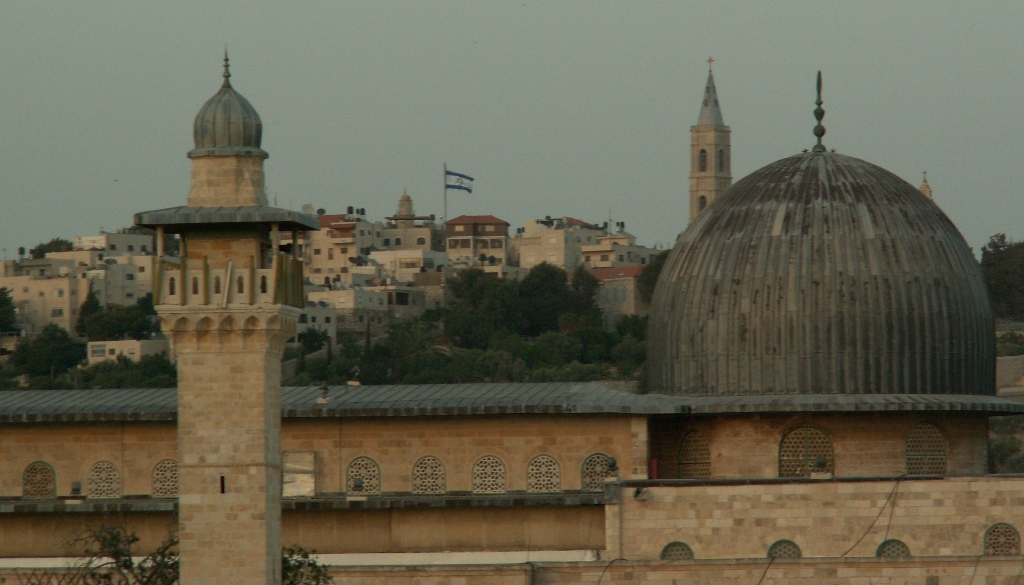 Al-Aqsa Mosque and the "Beit Hachoshen" settlement at the background

So we have two incidents in two days of settlers taking over Palestinian properties in the heart of densely-populated neighborhoods of East Jerusalem. These evictions were well-organized and prepared in advance. The police assistance that the settlers received in both cases demonstrates unquestionable political intervention in both situations -- intervention most likely at the ministerial level, if not the level of the Prime Minister himself. While the entire world is watching Prime Minister Netanyahu and waiting to see if the partial moratorium will be re-imposed, Netanyahu's actions speak volumes. While he engages in public theater of trying to sell President Obama's package of incentives to his Cabinet, he is supporting and assisting the settlers as they undertake actions that clearly threaten the possibility of any re-starting of negotiations, regardless of any resumed West Bank moratorium.

It is very hard to take Netanyahu's commitment to negotiations -- and to selling the American deal to his Cabinet -- seriously when he is deliberately creating provocations in the heart of the Palestinian neighborhoods of East Jerusalem. Indeed, one conclusion that could be drawn from the events of the past two days is the Netanyahu is actively seeking to torpedo the Obama Administration's efforts to re-start negotiations by making sure that the Palestinians will refuse to come back to the table -- a cynical strategy designed to ensure that talks will never re-start and that the Palestinians, not Netanyahu, are blamed.

Another even more troubling conclusion is that Netanyahu's support for settler penetration into the heart of Palestinian neighborhoods of East Jerusalem is evidence that his officially articulated support (or better yet, acceptance) of the two-state solution is an exercise is duplicity. Because while Netanyahu insists to all who will listen that settlement activity in Jerusalem does not effect final status, the reality is that these settlement activities inside Palestinian neighborhoods are designed, explicitly and unapologetically, to block the two-state solution.

The situation today in East Jerusalem is volatile. Israelis and Palestinians are both are already fed up and fearful from what they have seen going in Sheikh Jarrah. Palestinian families have been thrown out of their homes by Israeli police, who hand the properties over to celebrating extremist settlers. It is these images and this trend -- a trend that in 2010 is adding a new category of Palestinian refugees to the 1948 and 1967 groups -- that has energized one of the most significant grassroots protest in Jerusalem in recent years, in the form of weekly popular demonstrations in Sheikh Jarrah, which have continued for more than a year.

More of this, at a time when hopes for re-starting peace talks hang in the balance and a sense of despair and hopelessness is spreading in neighborhoods of East Jerusalem, could be disastrous. Barring a decision by Israeli political echelons to stop this madness, one of these provocations -- or the inevitable next one -- might prove to be one step too far.