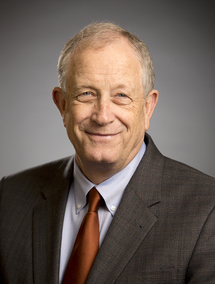 Dave Ross, ScD, is president and chief executive officer (CEO) of The Task Force for Global Health. In this role, Dr. Ross provides strategic direction to The Task Force and oversees seven programs focused on neglected tropical diseases, vaccines, field epidemiology, and public health informatics. He assumed leadership of The Task Force on May 1, 2016, after 16 years as director of The Task Force's Public Health Informatics Institute (PHII) and its predecessor All Kids Count.

For more than 35 years, Dr. Ross has led collaborative programs to strengthen information capacity of public health systems in the United States and other countries. In addition to his non-profit experience, he has worked in the public and private sectors on both healthcare delivery and medical informatics.

Dr. Ross launched PHII in 2002 and spearheaded its growth to become internationally recognized in the field of public health informatics, a discipline that focuses on using information to improve health outcomes. Today, PHII has a $7.4-million annual budget with a diverse portfolio of domestic and international programs supported by the Centers for Disease Control and Prevention (CDC) and top-tier national foundations. Most recently, PHII partnered with the Emory Global Health Institute on a major initiative of the Bill & Melinda Gates Foundation to help understand and ultimately address the causes of death and serious illness for children under 5 in developing countries. This initiative will last at least 20 years and may commit more than $1 billion in funding to support improved disease surveillance.

Dr. Ross is a thought leader and one of the pioneers of public health informatics. He was founding director of CDC's first national initiative to improve the information infrastructure of public health in the United States. Dr. Ross also has published extensively in peer-reviewed journals and frequently serves on national panels focused on public health informatics. He co-chaired "Data for Health," a Robert Wood Johnson Foundation initiative that is exploring how information and data on health can be harnessed to help people lead healthier lives.

Before joining The Task Force, Dr. Ross held leadership, administrative, and corporate consultant roles with the U.S. Public Health Service, CDC, a private hospital system in Maryland, and one of the largest health information technology firms.

Ann Paisley Chandler: Congratulations on The Task Force for Global Health receiving the Conrad N. Hilton Humanitarian Prize, the world's largest humanitarian award. What did this award mean to you?

Dr. Dave Ross: The Conrad N. Hilton Humanitarian Prize - the largest humanitarian prize in the world - is a tribute to the success of our collaborative model, which has allowed us to positively affect a broad range of global health problems over the last 32 years. It also recognizes the commitment of our staff and partners - past and present - who work every day to improve the health of people primarily in developing countries. We expect the Prize will position us to have an even greater impact on global health by giving us the credibility and awareness to move into other areas of global health such as noncommunicable diseases. The Prize also recognizes the significant global health work taking place here in metro Atlanta. The Task Force is the first organization in Georgia to receive the Prize - and we are among a constellation of Atlanta-based organizations including the Centers for Disease Control and Prevention (CDC), The Carter Center, and Emory University, that make Atlanta a hub for global health activity.

Chandler: Tell us about The Task Force for Global Health - its goals and mission.

Dr. Ross: We were originally founded to work on a single global health issue - low childhood immunization rates in developing countries. Today, our work focuses on building durable public health systems that serve the needs of all people. We partner with countries to build the infrastructure necessary to control and eliminate infectious diseases. This includes vaccination programs against diseases such as flu, polio, and cholera, and surveillance systems to ensure countries can recognize and respond to disease outbreaks. In our work on neglected tropical diseases (NTDs), we mobilize and coordinate the deployment of billions of dollars annually in pharmaceutical resources to eliminate these diseases. We also conduct leading-edge scientific research to overcome barriers to the elimination of NTDs. Finally, we are partners on a major new initiative with Emory Global Health Institute and the Centers for Disease Control and Prevention called CHAMPS to understand and address the causes of death for children under 5 in developing countries. This is an unprecedented 20-year initiative funded by the Bill & Melinda Gates Foundation that will ultimately involve 20 sites with high child mortality in Africa and South Asia.

Chandler: What are the fundraising goals, and how are they set?

Dr. Ross: Due to the success of our programs, we have outgrown our existing headquarters in Atlanta and will be acquiring a larger building in December. In support of the purchase and renovation of this building, we will be launching a $15-million capital campaign. This building will allow us to strengthen our work as a convener of six major global health coalitions. It will also serve as a new center for global health in Atlanta where we can bring together other organizations to work with us. In the coming months, we will also be implementing a new strategic plan that will identify programmatic areas requiring fundraising support. We know that we will be moving into noncommunicable diseases, but there may be other areas of global health for us to consider such as hepatitis B and C. An area in which we have exceled is the development of sophisticated information technologies for tracking health information and mapping diseases. We would like to start an innovation fund that would enable us to develop more of these technologies for global health. In particular, there is a great need for an inexpensive technology that can uniquely identify children in order to track their immunization records. We would like to explore developing a smartphone-based iris scanner that could be used for this purpose.

Chandler: What excites you most about your organization and the impact of your goals?

Dr. Ross: At The Task Force, we talk about the importance of seeing the faces of the people whom we serve. I recently visited Malawi to observe our work with partners to eliminate trachoma. This is a bacterial disease that causes unimaginable suffering and, in the later stages, blindness. During my week in the country, I was amazed to see the progress that has been made not only against this terrible disease, but also to build the infrastructure necessary for a responsive public health system. We visited villages literally at the end of the road where health workers had organized the distribution of antibiotic medication to everyone in the community for the prevention and treatment of trachoma. They tracked everyone who received medicines using meticulous records that they had developed from household surveys. We also had the opportunity to see our mobile data platform called LINKS being used to track people receiving surgery for a condition called trichiasis that is caused by trachoma. This disease should be eliminated in Malawi within a few years, but the systems that they developed for this program - as well as the technology that they are using - will be invaluable for addressing other diseases and health issues in the country. I'm excited to see that we're helping countries lay the foundation for strong public health systems.

Chandler: What do you find the most rewarding aspect of working in philanthropy on a global level?

Dr. Ross: We see health and development as closely intertwined. The diseases that we work on keep people trapped in cycles of poverty. We are helping remove barriers to development for many countries by controlling and eliminating diseases. By building durable public health systems, we're also helping ensure that countries can meet the health needs of their populations over the long term. I'm fortunate to work with some of the best hearts and minds in global health. What we all share is a deep humanitarian commitment to the people whom we serve - and a desire to provide all people with opportunities for healthy, productive lives.