Witold Rybczynski, author of fifteen books and over 300 articles, is one of the most prolific and engaging writers on architecture and the urban milieu. He is the Martin and Margy Meyerson Professor of Urbanism at the University of Pennsylvania and architecture critic for Slate.

His writing, propelled by the insights of a sensitive designer, imbues subjects such as the home, Central Park, and cities with feeling and wonder. Like a guide to the built environment, his sharp prose points to what needs to be looked at and seen and why architecture matters.

As part of my series of discussions with critics, I recently exchanged ideas with him about his interest in cities and architecture, his role as a critic, and his new book Makeshift Metropolis. 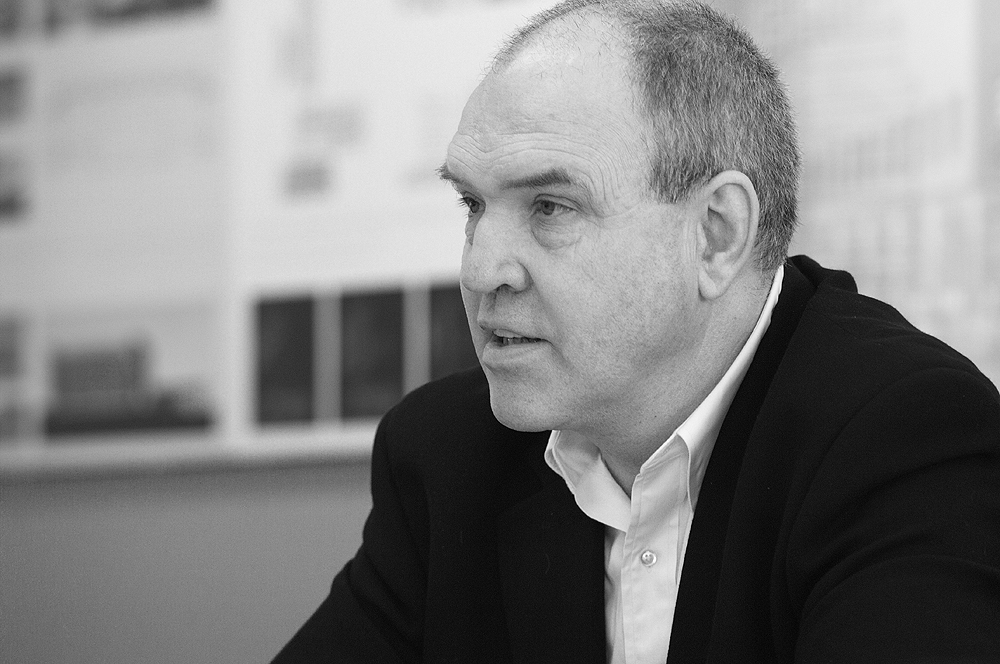 GH: What originally got you interested in writing about cities and architecture?

WR: I was trained as an architect, worked for Moshe Safdie, built the occasional house on my own, and taught in a school of architecture (my field was low-cost housing in third -world countries). My first two books were not about architecture but rather about technology; writing at that point was more like a hobby, a chance to get away from my day-job. It was only after Home was published (1986) that I found myself being invited to write about architecture. I wrote a lot of essays for the New York Times Arts & Leisure section, the New York Review of Books, and Atlantic, and I was later architecture critic for the short-lived magazine, Wigwag.

GH: In your role as architecture critic for Slate, what do you try to communicate about the importance of architecture and the built environment? Do you feel you have a particular slant that is different from other critics? Do you ever engage with the architects about the buildings you are critiquing?

WR: I've always been more interested in buildings as places rather than buildings as artefacts, and my Slate pieces move between high-fashion architecture and ordinary environments. I have no interest in introducing readers to "good design." What makes a building interesting to me is the strength of the convictions of its designer. My tastes are pretty eclectic. Thus, I appreciate equally the work of Allan Greenberg and Renzo Piano. Also, since I've practiced architecture, I know something about how buildings are designed and built. This makes me sceptical of the art historian's view of architecture, treating buildings like paintings or sculptures.

I write pieces on buildings like I write book reviews, that is, the building has to stand or fall on its merits. I sometimes write about unbuilt designs when reviewing competition entries, but I prefer built projects. I don't interview the designers, I don't go to press conferences, and I prefer to visit a building when it's been in use for a while.

GH: In your new book Makeshift Metropolis, you state that architects should resist the urge to plan grand utopias and should instead embrace smaller interventions that fit more naturally into what you call piecemeal urbanism. You mention how the aggregation of smaller decisions produces better results. Given that there are some places in the world, like China and the Middle East, where they are actually building new cities from the ground up, do you see any examples of what they are doing that might be successful? Are there things to learn from their experience? Or are they heading in the wrong direction with such totalizing approaches to new cities? Or is it a matter of smart planning to make the new totalities appear as if they were the result of aggregated decisions?

WR: Makeshift Metropolis is about American cities; the new cities of Asia and the Gulf are quite another subject. Those societies are building cities from scratch, as we did in the seventeenth and eighteenth centuries. Nothing wrong with that, as Savannah shows.

GH: You draw a compelling link between the faltering economy, the gutting of the architectural profession and failed urban planning. As you note, so much knowledge is lost when there is close to 50% unemployment for architects. Is there something the profession can do to address this brain drain or are they simply going to continue to be held captive by boom and bust cycles?

WR: Architects run, as one economist characterized it to me, "project shops." We get a commission, do it, and then look for another one. There are no real economies of scale. I suppose the rise of the megafirms, which are active in multiple markets, is an attempt to find a solution. If so, it portends a disheartening future for the profession, as design generally gets short shrift in these profit-driven organizations.

GH: As you mention, what we want is dispersal but what we need is density. How do we convince people that density is good? Or will economics ultimately dictate this and begin to alter people's tastes and desires? The desire for dispersal seems to be rooted in perceptions of our history, but I found it interesting that you noted how our spatial experience historically was also dense and urban.

WR: Economics does influence public behaviour--see what happened when gas prices spiked, people drove less, car-pooled, smaller car sales increased, etc. But I don't think you can convince consumers of something unless they want it. The real question is whether the public decides that density is a good thing. We have been spreading out for about a hundred years, so that will be quite a change. There are some indications at the margins that some Americans are shifting in this direction, but nowhere near as many as urban boosters claim. Lifestyle is always a trade-off between different options, so we might decide to live more densely, or we might reduce consumption somewhere else in order to pay for spreading out. My money is on the smaller cities, which have been attracting a larger portion of city dwellers in the last two decades.

GH: What to you think of the research on cities conducted by architectural think tanks like Rem Koolhaas' AMO? Has this added to our understanding of how cities work or is it more the repackaging of research from other disciplines? Should architects engage in this sort of research and should there be more collaboration with economists and other professionals?

WR: I have not found architects' speculations on urbanism to be very interesting, especially compared to, say, those of economists or urban historians. Architects tend to rely too much on what they think should happen rather than trying to understand what is actually happening. This is even true of New Urbanism, a movement that I am otherwise sympathetic to.

GH: In your opinion, can architects reclaim more of a public role? This is something that is discussed in professional circles. There is the perception that they are more insular and out of the loop and have ceded much of their power to developers. What can architects do to elevate the visibility of their role?

WR: I just watched an interview with Charles Moore on YouTube. He was talking about how architects should listen to the public, rather than dictate to it. It was quite compelling. That was in the 1980s, and neither postmodernism nor Moore's vision of participatory design caught on. Not many architects had Moore's confidence to share design decisions with their clients. Moreover, architects tend to be persuaders rather than listeners. Success in the architectural profession--realizing one's vision in something as large and complex as a building--requires a strong ego and a single-minded, almost obsessive, attention to detail. These qualities can easily turn to arrogance. It is, as the French say, a déformation professionelle.

As for ceding power to developers, I'm not sure what power there was to cede. Architects have always depended on clients--or patrons--to build. My own sense is that architects were most influential in the early 1900s, I think of people such as Burnham and McKim, who shared the values--social and political--of their elite clientele. There is nothing in the following decades that rivals the public influence of the McMillan Commission or the Plan of Chicago.

GH: Lastly, you wrote a book about Frederick Law Olmsted, A Clearing in the Distance. What he achieved was extraordinary and has had such a lasting impact on cities. Is there anyone who would be his equivalent today? Throughout the book, it seems you are definitely an advocate for parks like this. Or should the contemporary approach be on different scales and of a different nature? Does it have to be different? What he did was so great. 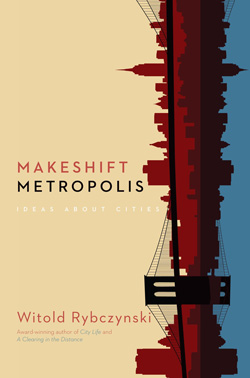 WR: Olmsted was very much a man of his time. Powerful elites ran the city, urban land was relatively cheap, so was labor, community participation was non-existent, environmentalism was little understood. His magnificent accomplishments must be seen in that context. Having said that, there has been a renewed public interest in parks, and we are building large parks again. Laurie Olin and Michael Van Valkenburgh have designed exemplary parks that continue the Olmsted tradition. These parks are smaller, but they are ecologically more sound, and they contain a vast number of activities.