The shots come night and day. Sometimes they take out the streetlights, leaving a lingering blackness that might not be remedied for days. Or sometimes they are in broad daylight, and sometimes an unsuspecting child, walking home from school or a teen hanging out with their friends is left wounded or worse. And in a city with strong gun laws, people wonder where the illegal weapons come from.

During my years serving homeless and at risk populations in inner city communities, I have cringed over and over at the news that another life -- or lives had been lost, victims of illegal weapons which seem to be available on demand. And each time I have become exasperated at why the most powerful democracy in the world cannot protect innocent people with effective regulation and enforcement of illegal weapons.

Some in my generation have thrown up their hands, worried that the issue is too raw for progress. I have worried we won't make progress because of that sense of futility.

Then I heard Colin Goddard, a miraculous survivor of the tragic Virginia Tech campus shooting describe the terror and agony he endured when a fellow student entered their classroom firing from a Glock 19 in one hand and a Walther 22 in the other. The assassin, who suffered from mental illness and purchased one of the weapons online, killed 32 students and teachers and severely injured 17 more in 11 minutes.

After learning more about how Colin was working with the Brady Campaign to Prevent Gun Violence to educate people about how serious a syndrome we are tolerating and how badly stricter gun laws are needed, I felt compelled to help share his story in an effort to arouse attention and support of the American people and its governments. For the past 14 months, I have been working with Colin and director Kevin Breslin to produce Living for 32, a documentary that tells Colin's journey of fortitude and hope.

Shot four times at Virginia Tech, Colin endured difficult physical therapy, returned to his alma mater to finish his degree, then became an activist for sensible gun laws. He went undercover at gun shows to expose how easy it is to buy guns without identification or a background check. He took on the organized gun lobby in its push to force colleges and universities to allow concealed weapons in classrooms. He testified before Congress at hearings on legislation to extend Brady background checks to end the gun show loopholes. And he's just getting started.

When I decided to write about this, I kept coming back to my belief that Colin's voice, and the voices of others in his generation, are more compelling than mine or my generation when it comes to gun violence, because we've failed to solve this eminently solvable problem. So I wanted to literally bring Colin into this, by having a conversation with him.

I asked Colin to talk about his views regarding the explosive debate over guns on college campuses. 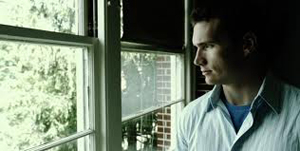 There have been attempts by gun enthusiasts in a number of states to pass legislation mandating that colleges and universities allow anyone with a gun permit to carry a gun on campus, including students carrying guns into classrooms. What's your view of these proposals?

Colin: Look, I understand the basis of where students are coming from on this issue - it's fear. Parents' fear for their children's safety after tragic episodes like VT and Columbine, students' fear of becoming a victim, the fear of getting shot - fears that I've known firsthand. What scares me more than that though, is the idea people have that having a gun to shoot someone first is the only way to deal with gun violence in this country. I say we can do better than that.

If you have to pull out a gun to shoot someone who just burst into your classroom, you've already lost. Unless you know they're coming and you're concentrating on reacting and firing in a split second, you're at a disadvantage, and remember, you're in a classroom full of other students. We need to take a step back, and learn what allows these situations to come about - learn from previous school shootings in order to make it harder for a future gunman to be so lethal. Let me add, that if the state of Virginia permitted guns on campus, Cho, my classmate who killed 32 people, would have been carrying lawfully.

I can't accept the "There's nothing we can do so I want a gun to protect myself" mentality when there are in fact things we can and should be doing. Should we be fearful of school shootings? Yes. Should the first thing we do is to allow the 'good' students to bring guns to class to shoot it out with the 'bad'? No.

You went and learned firsthand how remarkable the gun show loophole is - you bought assault weapons for cash from guys who didn't even ask you your name. Even though you knew in advance what you were going to see, you were startled by the stark reality of it. How do you take that experience and move legislation forward?

I wanted to make it easy for people to witness what goes on. I wanted to be able to say, okay, you're not going to take your family to a gun show on a Sunday afternoon to see it for yourself -- I get that. So click on this web link, and watch what I saw. I'm not a great cameraman, so this isn't award winning film. But it's real and it's unblemished.

When you post a video like this, it's not an overnight sensation. If you post a two minute film of a cat doing tricks, 70 million people will see it in the first eight minutes. But five minutes of gun show sales without background checks take a little more of a commitment and getting a lot of people to see it takes time. After the first month, maybe four thousand people had looked at it on YouTube, but now it's been 13 months and it's over 55,000. So we're making progress. Only a hundred ninety-nine million, nine hundred forty-five thousand to go, right?

The point is it takes time. This issue moves slowly. In the 1930s, they put some restrictions on machine guns, then did nothing until 1968, when they passed a law saying convicted criminals and e dangerously mentally I'll couldn't buy guns. Then it wasn't until 1993 that we said, we're actually going to check to see if you're a convicted criminal, or mentally ill, before we hand over the gun. And that in a nutshell is the progress we've made to keep dangerous people from getting guns in the United States.

Now it's 2011. It's time for another step. Make every gun buyer pass a background check. What on earth is wrong with that? It's my generation's turn to get something done.

Why do you want to get it done?

Because there are 32 people -- people I knew... my French teacher... my friends. They weren't able to walk away that day. You called the film Living for 32, right? Well, I'm one of the lucky ones, and I'm living. And every day in this country, we lose 32 more.

We all need to do this, for all of them.