His wife, the editor Deborah Beale, suggested that the world of Osten Ard was rich with potential for a new series. Williams, for his part, insisted that he would only write a new series if there were, in fact, new stories to tell--and the story of Memory, and Sorrow, and Thorn was complete. That was when Beale threw down the gauntlet, saying, "There must be new stories to tell there." 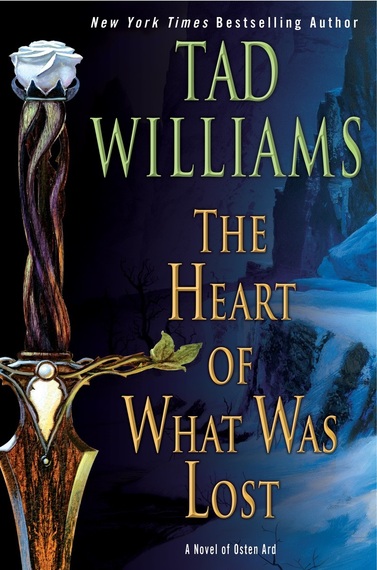 Laughing as he recounts this anecdote, Williams relates, "I said in a fit of grumpiness, 'Well, I'll show her!'" And put his mind to proving that there were no new stories to tell in the world of Osten Ard. Almost immediately, inspiration struck--and hasn't let go. The new series, titled The Last King of Osten Ard, is expected to run to an estimated five novels (three long, two short). The first of these, the short novel The Heart of What Was Lost, was released in January and continues immediately where the original trilogy left off. The next novel, a full-size epic called The Witchwood Crown, is slated for publication in June.

For fans of the Memory, Sorrow, and Thorn trilogy--which consists of The Dragonbone Chair, Stone of Farewell, and To Green Angel Tower--this amounts to earthshaking news. The trilogy, which was a New York Times bestseller, is remarkable in the genre for its imaginative power, the depth of the worldbuilding, and its literary sensibility. Game of Thrones author George R. R. Martin was reportedly impatient with Williams to write faster when the trilogy was in the works, because he couldn't wait to read the rest of the series. For decades, Memory, Sorrow, and Thorn has served as a benchmark for quality epic fantasy. Like Tolkien, Williams even paid attention to details like poetry and songs, which breathe an otherworldly verisimilitude into his universe. Such was its immersive complexity that Williams himself described the series as "The Story That Ate My Life."

Given to deep worldbuilding, complex plots, and a vast array of characters, Williams otherwise has an eclectic approach to the genre that's not easily pigeonholed. Memory, Sorrow, and Thorn and Shadowmarch are decidedly epic fantasies; but the magnificent Otherland series, though it has a fantastical feel, is science fiction. The War of the Flowers and the Bobby Dollar series are contemporary fantasies. His work is often dark, with an edge of horror; this contrasts with exhilarating flights of imagination.

"I wish I was writing in a time when there wasn't so much artificial separation between fantasy and science fiction and horror, but marketing is all these days, and people don't seem to like to wander much out of their comfort zones," said Williams. "I've never thought of myself as "just" a fantasy writer, but I guess in one sense I am, because that's the best overall lump-them-together term. Harlan Ellison ("speculative fiction") and Clive Barker ("the fantastique") and others have tried to come up with an all-encompassing term, but nobody's really adopted any of them. So for now, I guess we're all just fantasy writers."

As he thought of story possibilities for a new Osten Ard series, Williams relates that he came to realize that a return to the series after 30 years presented an opportunity to mature the characters. "It's something you don't often see--you don't see the same characters once they pass into adulthood. We hew to the fairy tale rubric that they live happily ever after, even though that's not what happens in real life," he said. "I started thinking about Simon and Miriamele and the problems associated with becoming rulers--especially for Simon, who had no training. I began to think of different things that might happen, what they'd have to do, and before long story ideas were creeping in. I came back [to my wife] and said, 'Curse you, you've just doomed me to writing a whole new trilogy of Osten Ard!' That was how it came about, with me trying to prove I didn't have a new story to tell. And I'm having a wonderful time with it."

The first book, The Heart of What Was Lost, is an innovation in that it shows the point of the view of the terrifying enemy, the Norns. What was once a mysterious culture is now unveiled, even humanized--if such a term can be applied to non-humans. For the first time, readers might find their sympathies torn, even as the Norns continue to engage in terrible atrocities.

For Williams, this is deliberate: he attributes it in part to the popularity of zombie movies, where the enemy is utterly dehumanized. "It's getting boring to me, this continual thing of everything being out to get us, that we must destroy everything that isn't us," he said. "There are no actual zombies in the real world that are not human and trying to kill us." In fact, while the Norns are cruel and must be defeated, they are also shown to have a poignant worldview of loss and grief, occasioned by the ill fortunes of history. As Williams explained, "Usually people we think of as evil have their own reasons. We may not agree with them; we may be horrified by them. But people feel like they're the heroes of their own story." 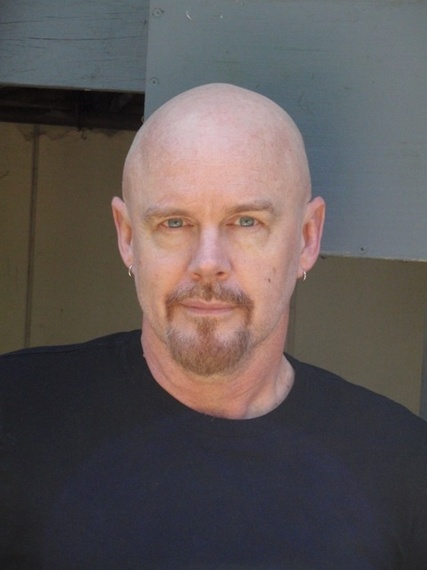 Tad Williams is a California-based fantasy superstar. His genre-creating (and genre-busting) books have sold tens of millions worldwide. His works include the worlds of Otherland, Shadowmarch, and Osten Ard­--including the Memory, Sorrow, and Thorn, and The Last King of Osten Ard series--as well as standalone novels Tailchaser's Song and The War of the Flowers. His considerable output of epic fantasy, science fiction, urban fantasy, comics, and more have strongly influenced a generation of writers. Tad and his family live in the Santa Cruz mountains in a suitably strange and beautiful house.
*