This past Holiday season, residents and visitors in The City became very familiar with the beaming face of San Francisco Ballet soloist, Koto Ishihara. A major feature of the company's media campaign for The Nutcracker was a glamorous image of the Snow Maidens captured by resident photographer Erik Tomasson. The finished poster/flyer focused on Koto Ishihara who became "the face" of Tchaikovsky's wintry ballet. Her image was everywhere - billboards, store windows, sides of buses, on your desktop/laptop/and iWatch. 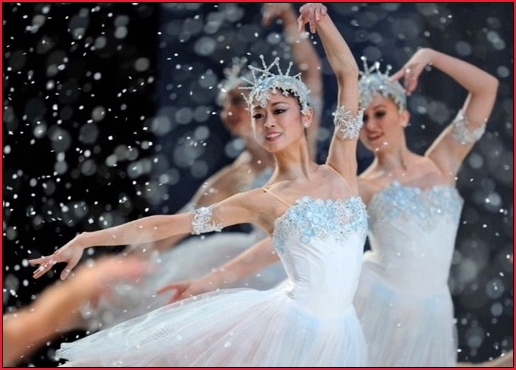 Koto joined the company's Corps de Ballet in 2010 and was promoted to Soloist in 2014. In 2011, Yuri Possokhov (Choreographer In Residence) invited Koto to cover the female role for the world premiere of his extraordinarily powerful ballet, RAkU. In hindsight and considering the profound intensity of the part (danced by Yuan Yuan Tan and Lorena Feijóo), it was a spectacular vote of confidence for the young ballerina. "I was shocked," said Koto.

"It was a big deal for me! Yuri picked me for the third cast. When you're new to the company and also third cast, usually you won't perform it. You are learning it for just in case and for your experience. It's always good to be in the studio with the amazing principal dancers here. There is something about Yuri's movement that comes naturally to my body. He is Russian [trained at Moscow Ballet Academy], so I know where it's coming from. I was comfortable doing RAkU, but Yuri's movement is not classical ballet. He would push me a lot and be really hard on me trying to explain it. I did one performance the first year and two when it was brought back. The first year, I was young and fresh - also very nervous. The second time was very interesting. I felt more experienced in my personal life. For sure, my performance was different. The choreography and the music makes you feel alive." 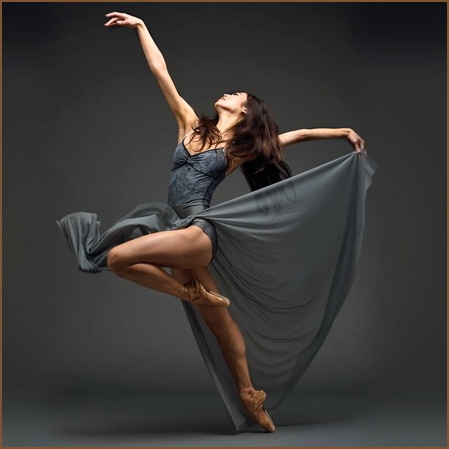 Prior to her first pair of toe shoes, Koto was very much into swimming and with a dream of making it her career. Eventually, a smart coach advised that her body frame was too small, too flexible for professional swimming. But the accumulated training had increased her sense of strength and stamina.

"My mom just took me to a ballet class. I was eleven, which is late for girls. It was a small studio and my teacher thought I was very talented. She started slowly, but then it became very serious and I started liking it. The more I tried, the more I was able to do and I thought it was fun. I started taking two classes a day every day because I had to catch up. My teacher made me stand at the bar for at least three hours and do the exercises. She taught me step by step. I'm very, very thankful for that. I would not be here if she hadn't been my teacher. But I was also lucky enough to have all the physics needed for ballet. I wasn't perfect and I had to work on a lot of things. But it was doable. That's why I made it and just in time." 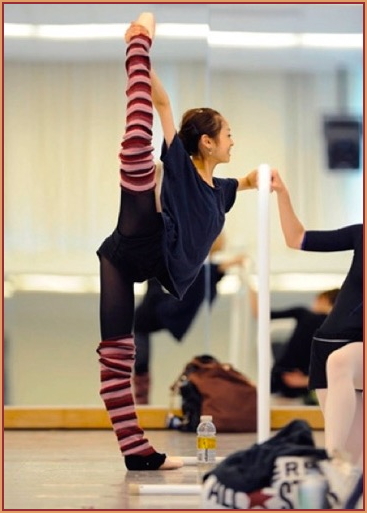 "I went to the Harid Conservatory [Boca Raton, Florida] which is very Russian in its training. I was there for two-and-a-half years. I did the summer audition for the San Francisco Ballet School and was invited into the training program. My teacher, Jean-Yves Esquerre [currently Artistic Director of the National Ballet Academy of Amsterdam], told me things I'd never been told. San Francisco Ballet is unique. They will tell you what works for you rather than forcing you to do things just one way. That is very helpful for me. The company has such a big repertoire. You have to be able to move differently from classical training, but you must have that as a base and have very strong technique."

Koto is scheduled to perform Giselle in Japan this summer. She described the role as being extreme. "It's like having a box - with a list inside. It's a story ballet and you have to portray her personality, but you still have this list that needs to be checked off. I love classical ballet. Giselle is very traditional ballet. Some people prefer the contemporary works. I love them as well, because the dynamics are different."

Her outstanding appearances in classical works at SF Ballet have certainly prepared her for this opportunity. Among them are the pas de cinq and Solo Wilis in Helgi Tomasson's Giselle and the pas de trois in his Swan Lake - which she will repeat this season (Program 6). During the run of Nutcracker she danced the Grand Pas de Deux with Hansuke Yamamoto and Queen of the Snow with Francisco Mungamba as King. Her passion for classical ballet and gorgeous technique was in full view as the First Solo Shade in the ultimately fascinating "Kingdom of the Shades" sequence from La Bayadère. Koto expanded her take on "extreme" to include her part in the riveting and potent trio from Jiří Bubeníček's Fragile Vessels (Program 1) which had its world premiere January 24. Her last minute call to that opening night performance was a bit on the extreme side as well. "I found out about twenty minutes before." 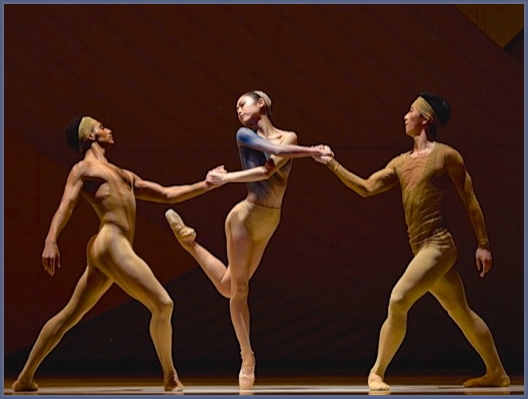 "I was actually not in the first cast for that. It was Mathilde Froustey's part, but she was injured. Helgi came after me, smiling at me, 'Do you know it?' -- Yes, I know this dance and I will try my best. -- I knew the steps and had an idea of it, but the three of us - me, Wei Wang and Francisco Mungamba - had not actually danced it together. So, my first rehearsal was onstage! Fragile Vessels is very sexual, you have to put your own personality into it. This character cannot make a choice. She likes this one, then that one. It's either, 'I'll go back to this one' - or - 'Oh, never mind.' That's how it feels. I don't know if she has more feeling toward one or the other. Here, extreme means you have to be you. Onstage, that's what makes this ballet something special. It reveals your personality. No matter what you try to hide, it just shows. It makes people want to see you more. You've watched the dancers develop. Five years ago I would not have been able to dance something like this. San Francisco Ballet has made me who I am today. So, it was all good and we made it."