On Friday David Plouffe, Barack Obama's campaign manager, pinpointed John McCain's involvement in a deal that could cost Ohio thousands of jobs as a critical moment in the campaign. Plouffe argued that the deal would cost McCain voters in the swing state. The AFL-CIO is trying to prove him right -- they sent a mailer to voters in Ohio that reads, "8,000 Ohio Jobs Lost? Don't Let McCain Get Away With It." On the back, it explains how McCain's campaign manager lobbied for DHL, a foreign firm that bought an American company and now has plans to close its hub in Wilmington, Ohio. The mailer also describes McCain as a "millionaire politician" who could have stopped the deal but didn't. 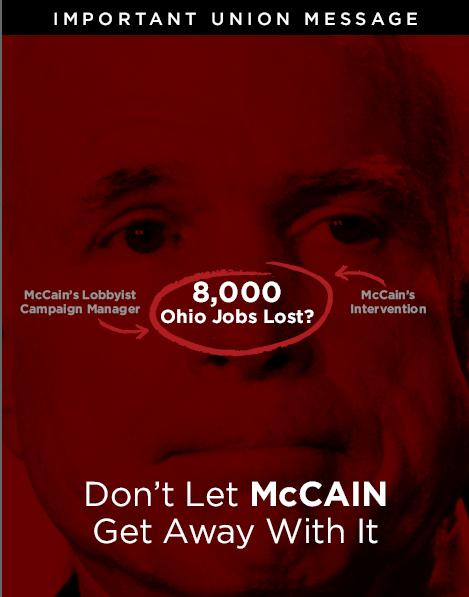 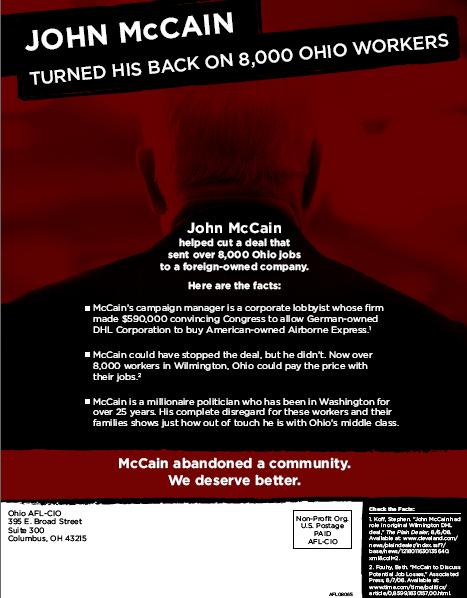