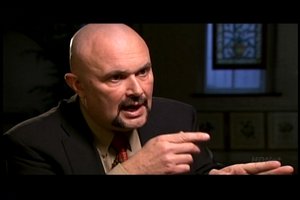 The tragedy in the city of Tucson has an all too familiar ring to it. Once again American's find themselves glued to their television screens for some explanation as to why such a horrible mass killing occurred. Questions roam through our minds: What do we do? How do we get control over the monsters that exist in our society? When and where will it happen again?

Hunter Glass, a security threat group consultant who travels the country giving lectures and providing education to citizens and members of law enforcement, recently expressed his concerns for our country going into 2011:

"Our cities are under siege by criminal gangs and government corruption while thousands of our men and women are fighting to establish peace in other countries."

When viewed in context with the recent shootings in Tucson, Glass's comments seem a bit prophetic.

First of all, people need to understand what constitutes "security threat groups" and "criminal gangs." When we hear these two phrases we automatically think of sophisticated terrorists looking to steal our government secrets or thugs covered in tattoos and conducting drive-by shootings. However, the actual definitions may be much broader in scope. Extremism is the real enemy, and it is born in all sorts of circumstances. Extremists are constantly looking to be fed, and unfortunately with the current political and cultural climate, they don't have to look far.

Let's face it, our society celebrates extremism in some form all of the time. We hail it, we praise it, it is the American way to try and outdo ourselves. Every day the bar is set higher and higher. When our children are raised in front of violent video games, television and movies for entertainment, we will no doubt have a few, if not many, who will grow up perfectly comfortable with the idea of taking aim at the heads of innocent people in the name of their own extremist ideas.

I called Hunter Glass to discuss this tragedy and hear his thoughts. Just as he was telling me that he would not be surprised to learn Jared Lee Loughner was a member of a sovereign citizen movement or possessed those types of ideologies, information came forth that Loughner indeed may be a member of The American Renaissance, a group focused on white supremacy. The group has denied any known connection to Loughner, but at this writing officials have not confirmed it one way or the other.

As far back as 2002, The American Renaissance was publishing articles demonstrating their disgust with both Democrats and Republicans. Their feelings were expressed in an article titled "AR's Contribution to Our Movement" by Samuel Francis.

"The Democratic Party is even more tightly controlled by and dependent on minorities than ever. The Republican Party is even more frightened of racial (and even of simple cultural) honesty than it was in the days of George Bush I."

Whoa. These people must have passed a brick when President Obama was elected, and judging by their condemnation of both parties, they probably lost all hope for any kind of savior.

Even without an official connection to this group or others like it, Loughner could very well be what Glass calls "a lone wolf." A lone wolf constantly seeks validation for his twisted views by exploring different group's ideologies and plans. Some of the groups may be mainstream, some are no doubt fringe. But a lone wolf samples them all and moves on when they don't satisfy all of his needs, taking whatever knowledge he can and forcing it to fit the puzzle in his mind.

When a person like Loughner sees normal everyday people exercising their rights to protest and criticize our government, what he really sees is suffering lambs that need a martyr for their cause. He sees himself as being the only one strong enough to take matters into his own hands.

Very early on, speculation began to circulate about the correlation between the shootings and Sarah Palin's "crosshairs" map. Sarah Palin's crosshairs map was not an actual call to bring about death and destruction. To make her a scapegoat is unfair. That being said, the crosshairs map is a literal illustration of the dangerous level of ignorance that exists within our country concerning extremism. Borderline inflammatory speech coming from elected officials and people in the public eye is like a trail of breadcrumbs for people like Loughner to follow. In Sarah Palin's world, those crosshairs represent a nonviolent political message, but for the Jared Lee Loughners of the world, it could mean aim your gun and shoot.

Even as I write this post, new information is emerging about Loughner and his motives. However, we cannot afford to fall into the familiar trap of chalking up his actions to the fact that he is mentally unstable and slip back into our comfort zones, assuming there is no further danger now that he is caught.

There are no doubt many more lone wolves roaming around our country.