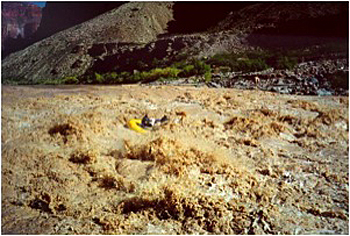 Although the books from the peripatetic Bruce Chatwin were labeled travel tomes, they were rather, it might be held, collections of compelling narratives, storytelling finely crafted and rendered, more literature than travel brochure copy.

This week my old friend Peter Guber has published a new book, Tell To Win (Crown Publishing), which describes, from personal experience, the power of storytelling in business and life. It will likely end up in the Business Sections, or the Self-Help shelves, of the remaining brick and mortar bookstores, but I think it actually belongs somewhere else: The Travel bookshelf.

Travel is, more than anything, about storytelling, putting the participant in the middle of an unfolding drama, becoming the protagonist in a classic quest, with a well-defined arc of beginning, middle and dénouement. The best travel features the best personal narratives, an innocent in a new land, making discoveries along the way, and winning the day by achieving the goal of the last day on the itinerary, returning with new insights, unearthed lessons, and altered character. It's about transformation, not transportation. And, of course, it is the post-passage fodder of Facebook, cocktails and slide shows, retelling the stories from the road to a rapt audience. Traveling is collecting stories with the teller as hero, and then sweeping the audience into the saga. With Peter Guber's inquiry, it is also about building relationships, business and otherwise, through spellbinding plot points that draw listeners in, as though sharing the same trek, train or raft into the realms of adventure. 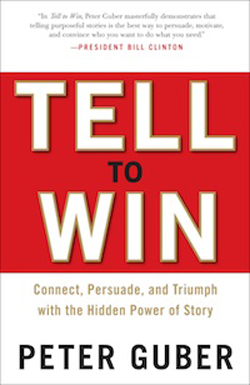 And how does Peter decode this? By traveling. He takes us around the world on his quest, from Papua New Guinea to Rwanda, from Thailand to Cuba, from India to Argentina, from Hawaii to the Grand Canyon, and plucking ripe lessons, and story sockets, at each stop.

Peter Guber produced the trip as he might a movie, with no detail left unexamined, and with touches that transcended the trip to a higher story, including a private chef, gourmet fare more Spago Beverly Hills than the Colorado River, and a dedicated masseuse, who was by design a staunch lesbian, so as not to ill-tempt the very straight all-male crew.

Every night the masseuse would provide two hour-long sessions after dinner, and a few days into the trip it was my turn, but after Pierce Brosnan, a man so good-looking he absorbs the campfire light rather than reflect it.

Pierce disappeared behind the tamarisk for his session at about 7:00, and about an hour later I wandered over and sat in the sand in front of the trees awaiting my turn. I waited for about 30 minutes, until 8:30, and yelled through the trees, "Everything all right?"

"Yup...be patient," was the reply from the masseuse.

So, I waited another 30 minutes, until 9:00 pm, and it was beginning to get dark. The sessions were to last an hour, but this was now two hours since Pierce disappeared. "Ahem....anything I can do to help?"

Another 20 minutes later Pierce finally staggered out from behind the trees, looking rather relaxed and blissed. "Your turn," he winked.

When I rounded the trees to the massage mat, and took my place, I asked the masseuse how the session with James Bond went.

"He was amazing. Enough to turn a girl straight." 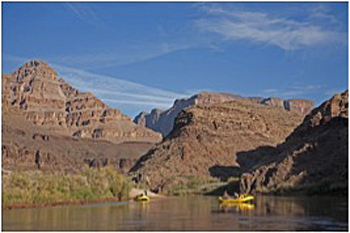 Peter also includes his own tellings from the Colorado trip, and so herein, with permission, is an excerpt from Tell To Win:

As we came ashore on the third day, Dennis Miller cocked his ear to a muffled roar in the distance. "Listen," he said. "I didn't know trains ran through here!"

This was just the opening Richard Bangs had been looking for. "Let me show this train." He led us up the side of the canyon to a precipice overlooking the infamous Lava Falls, a class 10 rapid and the source of the thunderous roar. The river here dropped thirty-seven feet in just a few hundred yards, making this the fiercest white water in the canyon. The locomotive roar made the group go dead silent, and then Steve Bornstein said, "I sorta wanna go home now"--only half joking.

"There's no way out but through," Richard said, and with that he had our full and sober attention. "Risk can be transformative, but only if you survive it."

Yes, that was just the thought that had been running loops in my own head. I was grateful when Richard volunteered, "I'm in the risk management business."

He continued, "The reason I named my adventure company after Sobek, the ancient deity that protects boats crossing the Nile, was this story. Listen!

"Three thousand years ago, the first king of Egypt--a notorious asshole--was screwing around during a hunting party and so pissed off his dogs that they turned on him. The pack chased him all the way to the Nile, which was infested with crocodiles. One of these huge reptiles lay sunning itself on the bank. It offered to ferry the king across the river, and he was so desperate he agreed. To his surprise, the croc actually did take him safely across, but then his savior revealed that he was Sobek, the crocodile spirit. In return for saving the king's life, Sobek demanded some serious change. The king had to wise up and lead his people to treat the river and all its creatures with due respect. As long as humans paid homage, their boats would be granted safe passage."

At this point in the story Richard glanced down at Lava Falls and grimly raised his voice. "Only once, about two thousand years later, did a military flotilla forget to appease Sobek. During that crossing the river claimed a thousand lives."

"So now there are crocs in the Colorado?" Pierce asked, attempting levity.

"No. But these falls will tear you to pieces just like the crocodiles if you don't respect them." Encoded in these words was the message that nature can be ferocious. To survive and advance, you need to honor the environment.

A hush fell over the group as we trudged back to camp. Bangs had delivered his message where it counted, and for the first time we worked together to plan the next day's strategy. We got to sleep early, and the next morning everyone was quiet and focused as we loaded in and began the slow drift toward the precipice.

Soon, with the increasing volume of the falls, our adrenaline began pumping. As we neared the edge, Gerry Schwartz yelled out, "OK, crocs, here we come!" And with that the rapids gripped us, yanking our three boats forward and down. We rowed in frantic unison to avoid the razor-sharp rocks to the right. The boats tipped up, nearly vertical, then slammed on their sides into a quiet eddy before plunging into the river-wide trough that shot us back out like a slingshot. An extra inch to the right would spell disaster, but we paddled and leaned together as if our lives depended on it---which we knew from Sobek they did!

Richard was absolutely right. The exhilaration was so intense that afterward, we all felt transformed. 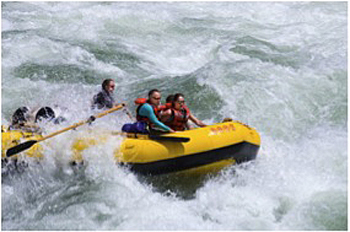 Thinking back on that river trip five years later, I can still recall every beat of Richard's Sobek legend. I remember the way we all had to lean in to hear Richard's voice over the noise of the falls, the way we hung on his words to find out what happened next. In retrospect, I realize our transformation actually began the moment he said "story." That word was like a bell that compelled us to listen up. We'd all been conditioned since childhood to expect that a story would deliver a mental reward, and this expectation held us captive.

But what exactly made the Sobek legend a "story?" Would it have qualified if Richard hadn't mentioned the king? If he'd delivered an hour-long discourse on crocodiles and Egyptian belief in deities or dissected Sobek's strategy for changing the king's behavior? Would it still have been a story if Sobek had been an ordinary croc that ate the king?

I realized that the story began with the challenge to the king's life that sent him in search of safety. The middle of the story forced him to struggle with three seemingly impossible choices--trusting a crocodile, throwing himself without any protection into the river, or facing his own bloodthirsty dogs. And the ending resolved the king's struggle by transforming him from the kind of guy who could piss off his own dogs, into an upstanding keeper of the river code, which his descendants would follow from that day forward.

The way Richard Bangs told us the legend of Sobek showed us that stories don't have to be long or involved. But they do have to surprise us. Bangs grabbed our attention with a totally unpredictable man-befriends-croc story. This surprising tale got through to us just the way he needed it to--not like a barking dog or a threatening croc, but like a Trojan horse.

That's not exactly how I remember it, but as I have learned through the years, never let the facts get in the way of a good story.