She had been leaving messages of varying degrees of urgency on my answering machine for three decades, but this one from Phoebe Snow sounded particularly worrisome. "Something bad happened, and I'm not sure how to deal with it. Please call me a.s.a.p." I couldn't imagine what was wrong. Previously, I would have assumed some new problem had developed with Phoebe's beloved, disabled daughter, but Valerie Rose had passed away two years earlier, so this was a mystery.

My longtime tradition was never to return a call from Phoebe until I had a free hour; short conversations were not part of this singer's repertoire. But this sounded dire, so I called immediately and asked what was wrong. "Here's the background," she began. "I got a call from a local magazine saying they were doing profiles of musicians who live here in Bergen County, New Jersey. I agreed to an interview, which I did over the phone, and they sent a photographer and makeup artist for the picture, and it was all very nice".

"Sounds great", I said. "What could be bad about that?" "Well," Phoebe continued, "the magazine just hit the stands, and it turns out it's an article about African-American greats in the music industry who have homes here! I'm in there with Stevie Wonder, George Benson, and P. Diddy. The magazine is already getting emails from people asking why I'm trying to pass myself off as black. I had no idea; they never told me what the theme was!"

She was truly upset, but I burst out laughing. Although Phoebe embraced Buddhism in her later years, she was as Jewish as a knish, and despite the fact that we often commiserated about our respective "Jew-fros," she was quite Caucasian. Many fans had thought she might be African-American, and I suggested a simple statement of explanation would suffice. Phoebe did that, but went one step further: she announced plans to take a DNA test to see if perhaps there really was some African connection.

The test never happened, as Phoebe suffered a stroke some months later that ultimately led to her death last week. As a friend of more than 30 years, I've gotten some comfort from the obituaries that shower extravagant praise on her glorious voice and speak of her unparalleled devotion to her daughter. But none of the articles can convey what a wild ride it was to be her buddy. She was fascinating and frustrating and wise and wacky, and above all, hilariously funny.

Although some may view her life as tragic, my strongest memory will always be how much we laughed together.

I first met Phoebe in 1977, when she participated in a telethon to benefit the foundation that grew out of Geraldo Rivera's expose of the Willowbrook mental institution. She had given birth in 1975 to Valerie, who was severely brain damaged and physically disabled, and wasn't expected to survive for long. Despite advice that the infant be institutionalized, Phoebe wouldn't hear of it, and spent the next 31 years being, quite simply, the Mother of all Mothers.

In 1980, for the first time, Phoebe felt comfortable enough to speak publicly about her little girl, and a mutual friend arranged an interview. I was news director of a rock radio station at the time, and although we were ostensibly scheduled to discuss her latest album, most of the conversation was about Valerie. "She is, without a doubt, the strongest, bravest person I've ever seen", Phoebe told me. "She fights for every gain". As for anyone who pitied Phoebe's situation, they needn't have bothered. "I don't think I would have been able to learn half the things I do today, and live my life as well as I do, without what I've learned from brain-injured and retarded people". 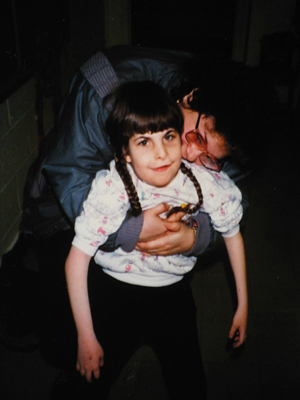 Our friendship began during that heartfelt chat. We would talk for hours, on the phone or in person, about everything and everyone. Phoebe was a gossiper par excellence, and nothing delighted her more than sharing the latest rumors about affairs and sexual orientations and scandals. We discussed low-carb diets and low self-esteem and religion and recovered memory (a phenomenon she investigated during an intense and deeply odd friendship with Roseanne Barr).

The fact that she possessed a magnificent singing voice took a back seat in our relationship, although it would surface from time to time. While driving through New York once, Phoebe revealed she'd been taking opera lessons, and broke into an aria. I had to pull over and pay full attention to the impressive free concert taking place in my Toyota Camry.

In 1994, I began working at CNBC in Fort Lee, New Jersey, just a few blocks from Phoebe and Valerie's modest but comfortable apartment. For 15 years, we hit most of the town's eateries, but her favorite was always the local diner, where she was treated as a celebrity. Her focus on Valerie had caused her career to fade, and she often would say "When I was famous..." I once took her on a tour of the TV network and introduced her to one of our anchors, saying "This is my friend, Phoebe Snow." When he responded "THE Phoebe Snow?" she was thrilled.

A high note came in 2000, when our mutual friend, Bernard Carabello, told us his 50th birthday wish was to meet Bill Clinton. Bernard, who'd survived growing up in Willowbrook, is now a widely-respected advocate for the disabled. Phoebe had become a favorite of the president's after performing at several Democrat fundraisers, and I was senior producer of "Rivera Live", a program on which Geraldo nightly expressed his support for Clinton during the impeachment saga.

Between us, we managed to arrange a private meeting with Clinton before an event in Manhattan. It went perfectly, with the president spending a good 15 minutes chatting with the three of us; it was clear he was a fan of Phoebe's.

As I drove her home, she said, "You know, one of those fundraisers where I sang was in a private home, and when I was chatting with Clinton after my performance, I could swear he was hitting on me. I also have a feeling he may think I'm African-American."

"Uh, Phoebe," I commented, "do you not remember that he sort of has a well-documented thing for somewhat zaftig Jewish girls?" She laughed all the way across the George Washington Bridge.

Throughout it all, there was Valerie. She was 12 years old in 1987, when Phoebe brought me to see how her daughter was doing in school. We arrived mid-afternoon, and the principal fetched Valerie from her class. When the girl who was predicted to live her life in a vegetative state... and certainly never walk... saw her mom from down the hall, she virtually flew to greet her. I took a picture of Phoebe encircling Valerie with a hug that epitomized what Phoebe once called their "exquisite and divine love". 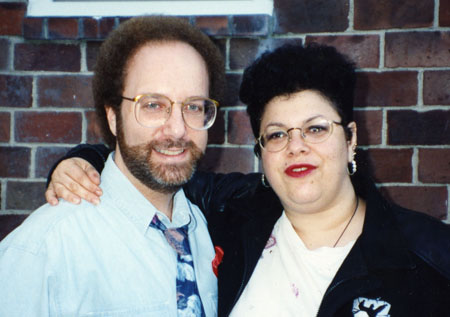 Six years later, I threw a summer party at my home, and hired a clown/magician to entertain my friends' children. Valerie, 18 at the time, was as enthralled as the 5-year-olds. At one point, her home health care aide brought her to the bathroom, then came to Phoebe and whispered there had been a major mishap. Phoebe quietly asked me for some materials, disappeared for 20 minutes, then returned to the backyard with Valerie to enjoy the rest of the party. This was her life, and she never complained.

After Valerie's sudden death in 2007, one morning while eating breakfast, Phoebe was inconsolable and began to slide into depression. But friends like Linda Ronstadt insisted she resume her long-stalled career, and by 2009, she had. She began touring, there was a new CD, and she even sang at Howard Stern's wedding. I attended one concert and brought my cousin, a lifelong fan, to Phoebe's dressing room to meet her. She was as funny and gracious as always, although she complained of a kind of exhaustion that I think was as much emotional as physical.

It was the last time I saw her. In January, 2010, she suffered a stroke and never recovered. There were to be no more messages, urgent or otherwise, on my answering machine to return. But since I still use that device, I realized I could create my own little memorial to her. Many years ago, she recorded an outgoing message for me, making up a cute little song on the spur of the moment. It says: "Hi. This is Phoebe Snow, as Steve's answering machine.

And if he doesn't call you, he'll turn into a cucumber!"

It's quintessential Phoebe, and although I hadn't used it in decades, it's back on the machine now, and will stay there for a while. As for my magical friendship with Phoebe Snow, that pleasant melody will linger in my mind forever.