I belong to the minority of people who actually know the correct pronunciation of "Abbottabad," unlike President Obama, or Jon Stewart because I grew up there. While I have always taken interest in socio-political issues in Pakistan, this time it was a little surreal.

Walk into an average household in Pakistan in the late afternoon and its not unusual to find middle aged men gathered over tea and biscuits discussing politics with a healthy dose of lambasting America. Its also not uncommon to find them charmed by the likes of Angelina Jolie or the prospects of sending their children for higher education to America.

Why do Pakistanis have such mixed opinions about America? On the one hand, they love American pop culture, jeans, and Hollywood. On the other, the percentage of people that view the United States as favorable is lower in Pakistan than in Egypt, Lebanon, or in the Palestinian territories.

So it's no wonder that the Western world struggles to understand Pakistanis. I sometimes wonder if we Pakistanis even understand ourselves. In this section, we will use the powerful combination of citizen journalism and social media to explore these questions, and others.

As a member of the HuffPost Tech Team, I approached the editorial side after the event in Abbottabad. I felt there was a strong need to explore the diversity of viewpoints among Pakistanis to make sense of the complex and vulnerable relationship between Americans and Pakistanis. I felt that an honest and open social dialogue was crucial.

We have been gathering opinions from Pakistanis on a range of issues via Skype, email, and personal interviews on the streets. This series, Voices of Pakistan, will pull together their responses to our questions, as well as commentaries from a diverse group of writers and bloggers.

The first thing to know about Pakistanis is that they are not a monolithic group, and questions like, "What do Pakistanis think?" will never have a single right answer. 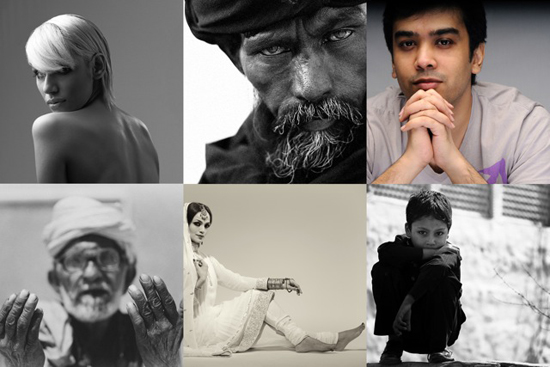 These photos were generously contributed by Fayyaz for "Voices of Pakistan". Fayyaz is a professional photographer based in Pakistan who started as Computer Engineer and worked as a corporate manager before pursuing his passion full time.

Like any country with hundreds of millions of people, Pakistan is heterogeneous, varied, and complex, comprising multiple ethnicities, languages, and cultures. While the Islamic religion unites the majority of Pakistanis, it also divides them at the sectarian level, often violently.

There are too many people suffering in Pakistan because of extremism, illiteracy, and poverty. I worry about the country I grew up in. I would like to see a shift in the focus of the media from the stereotypes to the more positive aspects of Pakistanis that can be tapped and utilized as a tool to drive social change. We have developed this forum as a place where Pakistanis can be heard speaking for themselves. Resolution will come, but not without a diagnosis.

Below are some of the preliminary responses we have gathered to our questions:

The first question we asked Pakistanis was "What would you like America and the rest of the world to know about Pakistan that you feel they don't right now?"

Azhar Ali, 65, retired professor believes that the US should have attempted to understand the dynamics of the Pakistani nation and its people instead of focusing on the Pakistan military.

"Ignoring the aspirations of throbbing nation of 180 million people for so long has wounded the Pakistani nation psyche irreparably and the military is no more all powerful due to self inflicted serious wounds."

Arsalan believes that its the paradoxical nature of the nation that makes it hard to understand.

"Not all of us want to kill you or rob you but a few of us might. We're a land of paradoxes in so many ways that its almost farcical, a land of rebels and conformists, philanthropists and con artists, murderers and poets."

Many others who responded were concerned by Western media's portrayal of Pakistan.

"I think Americans think that we are all stereotypes," said Syed Harris Hassan, 22, a university student in Islamabad. "They think that all the people in Pakistan are extremists, intolerant, unaccepting and support terrorism."

Hassan, like others, said that the majority of Pakistanis aren't extremists and "we hate terrorists just like everyone else does."

"The people of Pakistan suffer hugely from illiteracy corruption violence and poverty. Most people do back breaking work all day just to put food on the table for their families." said Rabia Sultan, a 30-year-old cardiologist from Karachi who currently lives in New York.

We also heard responses like "Americans have done enough" and "Stay out of our country."

Below are some responses from Pakistanis including Sohaib Athar (aka @ReallyVirtual) who was very kind to let us use his cafe to conduct interviews.

"What Americans don't understand about Pakistan is getting their way always through powerful Pakistan military is not the best approach. Whenever they were in a spot the military helped them in working out a quick fix while the nation looked on disinterestedly. Ignoring the aspirations of throbbing nation of 180 million people for so long has wounded the Pakistani nation psyche irreparably and the military is no more all powerful due to self inflicted serious wounds. The strategy would have worked well for the Americans, had it been an insignificant state geopolitical in the deep of Africa. But underrating a vibrant nation of sixty percent youth had been a capital sin. Now the Americans are running between the threatening pillar of Pakistani nation and threatened Pakistan Military post to get their nuts out of the fire. Result is not difficult to imagine."

~ Azhar Ali, 65, lives in Islamabad and is a retired professor.

"Not all of us want to kill you or rob you but a few of us might. We're a land of paradoxes in so many ways that its almost farcical, a land of rebels and conformists, philanthropists and con artists, murderers and poets. Pakistan is the best and worst of humanity existing side by side ripping apart everything in the middle Most of us live in remote and disconnected villages and wouldn't know Osama Bin Laden from Justin Bieber and are too hungry to care.

Time is not money in Pakistan its time. We have plenty of time but no money. We all live in a state of permanent confusion, anarchy and fear, terrible things happen around us every day. Yet strangely enough we seem to bundle along and miraculously and almost stubbornly manage to retain some hope."

~ Arsalan Khan, 24, lives in Karachi and is a University Student.

"I think Americans think that we are all stereotypes. They think that all the people in Pakistan are extremists, intolerant, unaccepting and support terrorism. I want to let them know that the general people in Pakistan live their lives as do people in United States. We love peace, we like freedom, we are terrified when there is a suicide blast, and we hate terrorists just like everyone else does. There is a particular group which believes in extremism and is intolerant towards other religions and cultures, but they are not in the majority."

~ Syed Harris Hassan, 22, lives in Islamabad and is a University Student.

"The people of Pakistan suffer hugely from illiteracy corruption violence and poverty. Most people do back breaking work all day just to put food on the table for their families. They often live incredibly sad lives with great dignity. In spite of this religious fanaticism and mass violence in Pakistan did not find roots till the soviet invasion of Afghanistan.

I'd also like to remind people that a country that can barely feed its own people is the 5th largest army in the whole world . This is because for most of its existence Pakistan has been America's military ally run by military dictators. If there hadn't been this huge military collaboration then perhaps Pakistan would probably have a smaller military and better education and human rights today."

~ Rabia Sultan, 30, was born in Karachi currently living in New York City, where she is a cardiologist in Brooklyn.

"Pakistanis have never voted for religious parties' en masse at the most their vote bank is 4-6%, BUT 4-6% of 180 million are still a lot of people and when fraction of that segment turn up in streets to burn American flag, although it makes for good t.v, but it doesn't really make the whole country nuts.

It's a misnomer that Pakistan is an extremist country. It's a country which has had the rule of one institution and one intuition only for the past 52 years. It has had facade of democratic governments but at NO POINT civilians made defense policy OR foreign policy or even economic policy. Whenever civilians have tried to take the reins, they have either been hanged, forced to exile or shot dead in broad-daylight.

Americans should also know that Pakistan doesn't need to be an inherent beggar. It has enough agricultural growth, industrial infrastructure, natural resources and the human-material to stand on its own feet. Our tax to GDP ratio is at a meager 7%. Like the rest of the civilized world if its around 17-19%, it wont solve all our problems, but it will be a start. We currently don't tax our biggest industry which is agriculture, if we start taxing just big farmers who are literally millionaires in American sense, PLUS we start taxing real estate (anything bigger than 1500 sq. yards), And bring the stock exchange earnings under tax bracket, we wont need IMF anymore. There is a corruption of at least a billion dollars every month at the top/governmental level. A big problem is economy and inflation which fans extremism. When people don't have a job, no light at the end of the tunnel, brothers/sisters/parents blowing up in pieces either through a drone or by military gunship helicopter OR by a suicide bomber, world is a living hell, THEN paradise and 72 virgins sounds mighty fine. The rush is not to arrive in paradise; the rush is to check out from the hell that we have collectively created for them.

But here is the silver lining. For the first time in the history of Pakistan, majority of Pakistanis (read punjabis) have come to this conclusion that there is no way forward for Pakistan but civilian supremacy/democracy."

~ Ahmer, 36, grew up in Karachi is now living in Pennsylvania and works as a Tech Consultant.

Here are some of the highlights from our video interviews: