What if there were a basic literacy beyond reading, writing, and arithmetic that we missed, or that wasn't necessary until this moment in our history?

What if that new literacy were the organizing principle between STEM (Science, Technology, Engineering, and Math) and SEL (social, emotional learning)?

In this newly posted TEDtalk I begin to outline our thinking about this new literacy and share a few early experiments.

Post Script -- On a personal note, luck versus literacy.

In compiling this TEDTalk on how to innovate education I wandered down pathways in my memory that I had erased from my map of childhood, or just didn't want to revisit very often. I was trying to think about what helped me when I was young. I was thinking about how I could relate to the challenges the least among us face as they try to strive and learn in an education system that has stumbled badly.

I'll preface this by saying the next few paragraphs are a bit graphic. They are however nothing like what some kids face today. They are only small bits of an otherwise wondrous childhood growing up in an inner city neighborhood, attending a public school, in the 1970's. 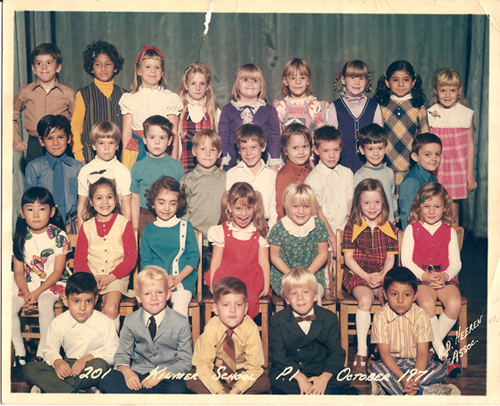 While I'm not smiling in this picture (I wasn't happy with my haircut), I was lucky beyond measure.

In third grade there were 970 murders in my city.

By seventh, one of my classmates walks through a gangway a few blocks from my house (close to my school) and is shot dead for flashing the wrong gang sign in a senseless act that will be repeated countless times in alleys and streets in hallways and in homes across the country.

We had metal detectors at all the doors of our high school and city police officers at every entrance; fully loaded guns on their belts.

My next door neighbor's son (a friend I remember teaching to ride a unicycle to during sweltering summer days gone by) is stabbed through the back on the corner of our block by a drug addled maniac who roams the neighborhood one cold winter day, putting people in the hospital in a path of destruction only lately pieced together by family members sitting in lonely emergency room waiting areas.

My friend lives and winces and groans as we try to make him smile when he returns with stitches down his back and up his chest. His attitude positive, but changed forever.

A girl is raped in the community garden at the end of our street.

I am beaten occasionally by roaming bands of gargantuan teens (methinks at times they are the damned holier than thou parochial kids and their misaligned days off, looking for public school trash). Thankfully enough, most times they just knock the wind out of my sails and slow me down a bit as I run/limp/gasp homeward. I would see them later at Sunday service, halos firmly floating over their heads.

I don't want to paint some dark scene of inner city despair. These were isolated incidences spread across my youth. They were dark punctuations in a bright childhood. 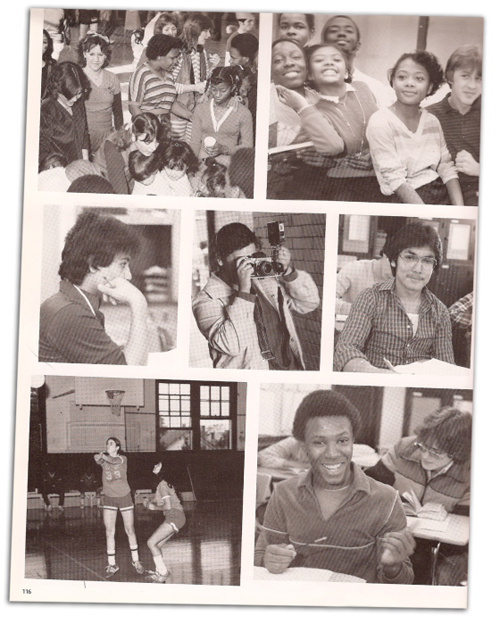 We were living the American Dream. We laughed and played and were none the wiser. We didn't know any better and assumed that this was just the way the world worked.

I was lucky though, beyond my wildest imagination. Other classmates faced far more challenging times than I through the years. Some overdosing, others falling into selling drugs, others picking up the pieces of their family as they went through crushing divorces, others tending newborns as they took their SATs.

I was lucky, maybe Warren Buffett would quip that I won the "Ovarian Lottery." My mom was a scientist and school teacher, my dad a mechanic and maker and tinkerer of things great and small, the alleys were filled with raw materials just begging to be placed in my basement laboratory. 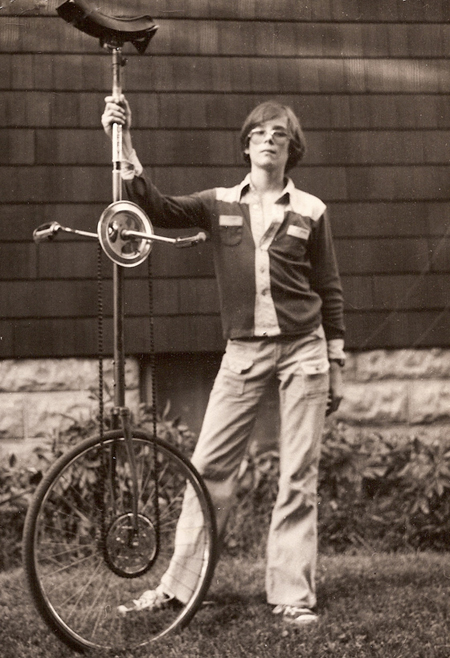 Sometimes those scraps from the alley became dangerous prototypes and I ended up with broken limbs, but I had teachers who encouraged me to unmake, remake, invent, and dream big dreams.

I was surrounded by amazing friends who watched out for me. Who protected me from my awkward stumbles. Who picked me up and poked fun when I had something or another blow up in my face. Who helped me figure out how to be literate in what I would find fluency in, later in life. 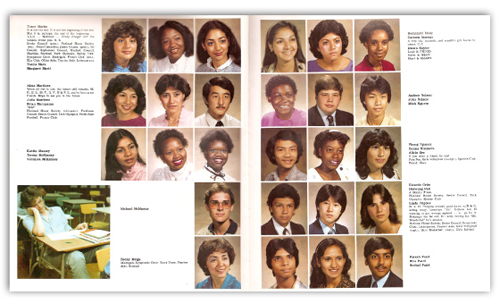 None of them--my family, my teachers, my friends--had the words, but what they helped me find was something called "Design."

I learned that rather than being a passive observer consuming all that was dished out, I could make. I could take that thing and fix it, take it apart and make it better. I could change things. Making, particularly making things to fix other people's challenges, to fix the way the world worked at least in some small way, to experiment and fail and try again, became my ticket out of the inner city.

Herb Simon, the Nobel winning Economist, once noted that design was "the systematic attempt to change the future." So in reflection I decided to frame my talk from that perspective. I (we at MAYA and LUMA Institute) think we can radically innovate education in a way that helps our least supported members of society leapfrog over the mainstream. Using a new literacy of human-centered design that is just as important in this century as reading, writing, and arithmetic was in the last century.

I want to note that the single most important thing we can do for education reform is find, grow, and reward great teachers. My sister now teaches math and science to a classroom packed with 45 kids in the same school system that I grew up in. The stories I hear break my heart but also make it sing. Make no mistakes, finding, growing, and rewarding great teachers has to be our first priority.

Beyond teachers, we need to examine the basics that we are teaching and consider the requirements of the exponentially changing world our children will inherit. We need to help our teachers understand and embrace what will be, what business and society needs from our children moving forward. 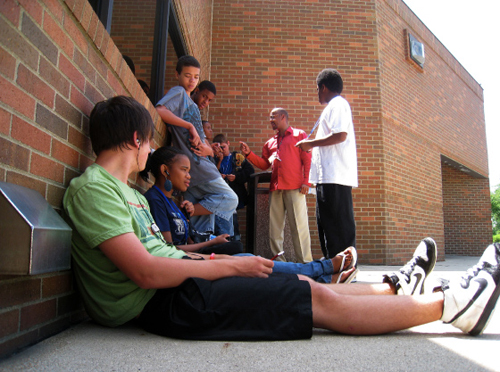 I'm not sure these kids can all count on being as lucky as I was. I am sure they have incredible potential. But luck isn't a strategy to help them find it.