After Obama was elected, Deb (movie title & print designer extraordinaire, my co-conspirator and wife) & I thought we were experiencing a little shift in the Zeitgeist -- worldwide. Obama not being the change, but, let's say, a symbol of it.

Also, quite honestly, the Karmic residue of painting portraits of bad guys for 24 years had become scar tissue that dulled my right hand's will to practice my peculiar,
minor form of pictorial character assassination. I took some time off. Yup. I foolishly thought I might be "safe" for a while. Ha-ha! The mortgage & investment bankers blew that thought out my... well, you get the idea. Still the hardest thing for me to overcome was my distaste for slashing back into it. But then Debbie got a bad case of Rupert Murdochitis.

Bad. Real bad. She was reading The Guardian on-line. Just about stalking the dude. Pointing her beautiful left index finger at me every morning afternoon and night. Wagglin' it at me.

Then Boner, er, John Boehner, stepped out of his tanning machine long enough to pull a butcher's knife on the federal budget; his idea of our government's responsibility to the health & welfare of its citizens (us) begins and ends with WEALTHY people. (And corporations are people, don't ya know -- verrry rich ones!) ARRRRGH!

Before I knew it, I'd I pulled something myself: a couple of one-nighters. Suddenly (with the help of many), I had 2 new posters -- and myself -- back on the streets again!*

One more little problem: in 2005 when we put up "Patriot Inaction," about Dubya's do-nothing re: Hurricane Katrina, we'd been 86ed from our favorite guerrillas' meeting place, Canter's Deli -- just too many angry guerrillas disruptin' the soothing matzo balloon. It had to be Canter's.... so I made nice and we cherry-picked the massive old guerrilla volunteer list, with some unintentional, but way welcome international flavor this time (Paris seems like a nice place to leave, don't it? Well, it for sure sent us some nice peeps and we thank you!).

Made it back to my happy place: 'THE PIT" -- a corner cul de sac in the grand old joint. By 10:30pm, the "Bunnies" (I call them that -- don't ask!), came hopping, rolling, tipping on in -- about 50 of 'em -- all shapes and sizes, colors and relations, ages and under ages. We had a rocking, yet manageable bustle of krewes, ready for some serious set-trippin' in Lalaland -- once, no -- twice -- again! GAME ON! They were -- as you can see -- terrific, better than me, as ever, and more creative than ever. A fine humbling to be back, however much it hurts -- which is the point, now, isn't it?! 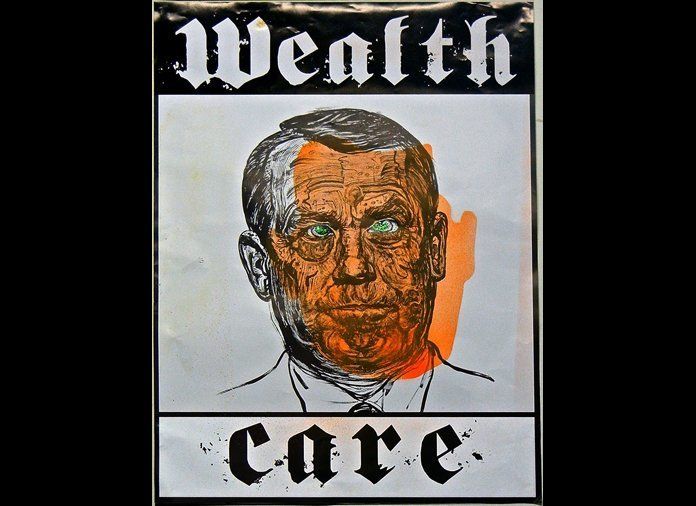