The President's Plan For AIDS Relief, PEPFAR, constituted the largest international health initiative to combat a specific disease. I hoped it would serve as a medical version of the Marshall Plan. This is my country's pledge to the people of Africa and the people of Uganda...you are not alone in this fight. America has decided to act.

Readers might be surprised to learn that this passage is taken from former president George W. Bush's book, Decision Points. He is describing a $15 billion 2003 program that is now part of the Global Health Initiative. A bi-partisan Congressional vote renewed PEPFAR funding in 2008 with $48 billion.

Supporters of PEPFAR suggest that President Barack Obama will "flatline" the program due to his focus on funding Obama Care and solving the current American debt crisis.

Obama's budget also proposes a 50-million-dollar cut to the Global Fund and a 5.0-million-dollar increase for bilateral programmes addressing TB, one of the leading killers of people with HIV/AIDS. 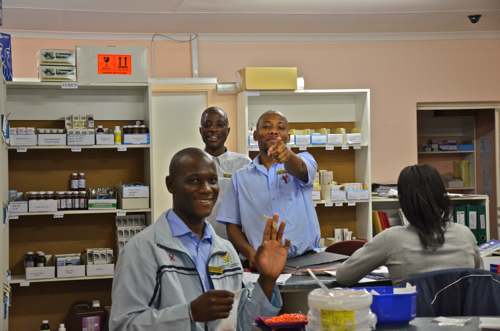 As Congress faced off regarding Obama Care in August 2010, Senator Richard Luger (R-IN) warned of the consequences of reduced PEPFAR funding.

In its first five years, the program, referred to as the President's Emergency Plan for AIDS Relief or PEPFAR, supported treatment to more than 2 million people, care to more than 10 million people, including more than 4 million orphans and vulnerable children, and prevention of mother-to-child treatment services during nearly 16 million pregnancies...I would ask that the goals and accomplishments of the U.S. global AIDS program not be put at risk by health program expansion efforts.

Is Obama neglecting worldwide human rights issues, as critics charge? In August 2010, The U.N. General Assembly issued a non-binding resolution declaring access to safe, clean drinking water and sanitation to be a "'human right' in a resolution that the United States refused to support. This non-action on the part of the Obama administration raised eyebrows as Haiti faces an unprecedented cholera epidemic that could be averted by providing the basic human right of clean water.

In today's political climate where both rich and poor are being pitted against each other in a scramble for dollars to shore up a disastrous economy, a legitimate question might be: "Why worry about HIV in Africa when home-grown social programs are being used as political bargaining chips by both the left and the right?"

Bush was attacked by both the left and the right for promoting either a perceived fundamentalism agenda or one of sexual promiscuity. The ABC's (abstinence, be faithful and condoms) of HIV prevention provided more than enough fuel for arguments for and against the program--arguments that smacked more of political dilettantism than critical thinking. Fortuitously for HIV victims, in 2003 the PEPFAR legislation, sponsored by Henry Hyde (R, IL) and the late Thomas Lantos (D, CA) made it through the House of Representatives 375-41. This was also a time of a struggling US economy, when citizens were not only concerned about spending $15 billion, but would need to know their tax dollars were being spent wisely.

In a prescient warning, Bush wrote that he was concerned about PEPFAR ending up "hamstrung by bureaucracy and competing interests," as government agencies struggled for control of the money. His 2003 State of the Union address termed PEPFAR " a work of mercy beyond all current international efforts to help the people of Africa." Members of both parties rose in applause for the plan.

UNAIDS Executive Director, Michel Sidibé says "South Africa and India, the countries with the largest numbers of people living with HIV in their respective continents, are turning around the AIDS epidemic through bold actions and smart choices," but warns that the world is likely to witness "our worst nightmare" if funding for HIV/AIDS medicines falls short of sustaining those already on anti-retroviral medicines.

Deep in Masoyi Tribal and Northern Nzikazi Areas of Mpumalanga Province, South Africa, the non-denominational Christian ACTS clinic labors under the watchful eyes of the rock formation, Legogote, the "sleeping lion." Negotiating the winding highway around the "Homeland Valley," one remembers that, under apartheid, blacks were not considered citizens of South Africa. Forced instead to become "citizens" of independent homelands, they were allowed to work in South Africa as "foreigners" ---migrants on temporary work permits.

This is an area like many others in this beautiful land ravaged by poverty, HIV/AIDS and TB. The legacy of apartheid remains, evidenced in the shanty structures that overlook stunning vistas into the Kruger National Park. But no one here spends much time with eyes turned toward the horizon. Mind, body, and spirit are focused on the daily struggle to stay alive, while HIV/AIDS as well as emerging strains of virulent forms of tuberculosis stalk the living and devour the dying. The Masoyi tribal area has a population of 250,000, poor infrastructure, poverty, unemployment and a high incidence of HIV infecting 38% of the sexually active female population.

According to PEPFAR statistics, South Africa represents a tiny 0.7% of the world's population but is responsible for 17% of its HIV prevalence. This represents roughly 5.7 million people living with HIV. PEPFAR estimates that South Africa has the fourth highest incidence of TB - approximately 31% of all TB in Africa occurs in South Africa.

Legogote watches while ACTS operates on the frontline, seeing close to 4,000 patients a month and operating an eleven-bed community in-patient hospice 24/7. A primary care nurse, Gundula Koethnig, and her community care assistant, fittingly named, "Promise," travel back and forth through the Valley and see patients who are too ill and unable to visit the clinic.

At ACTS, PEPFAR funding supports a program that treats HIV infected men and women; and children infected with HIV related illnesses. This includes TB as well as cervical cancers. Pregnant mothers infected with HIV are able to deliver babies born free of HIV due to the commitment, time, and effort of the staff. ACTS provides psychosocial support and occupational therapy as well as support groups and counseling.

Even though President Obama is attempting to move PEPFAR away from its mandate of "emergency funding," the emergency remains with 7,400 new HIV infections globally PER DAY.

Leonard Brand, the Operations Manager for ACTS, is facing a PEPFAR funding shortfall in October 2012. The emergency is all too real for the residents of the Masoyi tribal area. 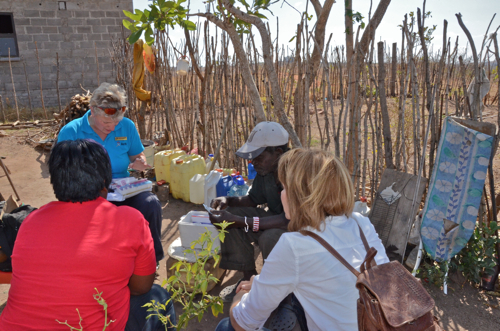 We visited with Brand, Koethnig, and the ACTS staff in late August. It was our second visit in three years and it was obvious that USAID PEPFAR funding was not being squandered as we have witnessed with other NGO programs in Congo, Haiti and Rwanda in recent years.

The complex had expanded with a new Mother and Child unit, a colposcopy unit, digital X-ray, and a well functioning TB unit. There were many new staff members, some of whom were former patients. Training staff and other health care workers is part of the ACTS mission, and ACTS has a pharmacy that prepares local students in a 2 year course to become licensed pharmacists, of which there is a shortfall in South Africa.

Approximately 190 mothers have received anti-retroviral treatment during their pregnancies and have achieved a 98.8% HIV negative rate in infants. This is comparable to first world results.

Brand seemed pleasantly surprised that a writer from the States would take an active interest in ACTS, not realizing that in ten years of travel and research, not one USAID program had made a positive impression until our visit to ACTS three years ago. The current visit would cement our impression that this was a program that put American taxpayers' monies to good and just use. Americans are a generous lot. They just don't want to see their dollars squandered, I told Brand.

Brand explained that Right To Care in Johannesburg administers the PEPFAR funding including all audits.

Brand said that they had received word that they might only know follow up funding for 2012/2013 after June 2012. Funding is a huge concern and "we cannot afford to have a wait- and- see attitude, but must proactively tie up further income streams and funding opportunities, he said.

A pharma company, GlaxoSmithKline (GSK), "dissolved their department that did their donations and handled social responsibility. They were the people that donated the money to buy the ACTS property 10 years back and gave us of R500 000.00 ($71, 244) per year," Brand says.

Funding from National Lottery South Africa, once a most welcome source of funding. has also dried up, despite a proposal in the pipeline and that leaves PEPFAR carrying the bulk. It has been noticed that various corporate and philanthropic societies have restructured their funding focus away from the treatment of HIV/AIDS and palliative care and onto other areas, and this is of great concern to ACTS.

It is a guess, but one would have to assume that Americans would welcome the good news that USAID funding can work. PEPFAR is certainly a program worth saving.

This is an opportunity to do good work in the world--a moral mandate that requires America to set priorities in the continuing emergency that HIV and the related resistant tuberculosis epidemic represent.

The sleeping lion is watching.

All photos by G. Nienaber
The full and extended article is available at the LAPROGRESSIVE