This is part of our new series "Gen: Change," in partnership with Youth Service America, featuring stories from the 25 most influential and powerful young people in the world. Click here to read more about Ghalib and his amazing story.

Three years ago, I had no idea how we serve this planet -- this universe and the creatures within it. This was just because I was quite young, or maybe I had no interest to find out more about it. But in 2010, due to some personal matters, I had to divert my mind to avoid depression. I decided to find out -- to investigate how one actually serves. What is service and much more? I was just 15 then.

It was my summer vacation and I had plenty of time to research some major masters of service to humanity like Mother Teresa, and how could I forget Abdul Sattar Edhi, the noblest person I have learned about? He's a great person to learn from. I saw his videos and interviews. I read articles about him and got to learn a lot about him. At the end of this, I was very inspired by his work for humanity. This gave me an urge to help the people around me. I would help them in their daily problems (financial or whatever) as I tried my best to serve people.

There was still something inside which made me want to help people in any way I could, but I never found an opportunity. Then, in August 2010, the disastrous floods hit Pakistan, killing thousands of people and making millions of them homeless. I saw the news on TV and it made me sad. I thought that it was my time to prove myself, to make my dream come true and to help people. I had a cause and motivation but now I lacked a team. I talked to my former teacher about this and she suggested I form a platform where people who want to help could join, either by volunteering or donating. I liked the idea. I planned about an organization which would be run by some skilled students under me. I named the organization "Rescue Pakistan Youth Foundation."

Being young and alone, I had to think of ways to get across the message. Now the only tools I had were my cellphone, my laptop and the Internet. I had to use all that way in the best way possible to get the work started. The first thing I did was use Facebook to get the message across. I had friends who ran several Facebook fan pages, some of which had thousands of fans. I asked them to get my message across and they helped me a lot. I shared my contact information so that those who were interested could contact me to donate or volunteer. This worked out way better than I thought. I had hundreds of donors and volunteers. This was the first step towards the real success, and it gave me courage and motivation to work more.

With a good number of volunteers, I planned to collect funds by sending volunteers door to door, which further helped us in our collection and helped us gather few more volunteers. After this all I linked up with many companies abroad to donate the money via our organization and most of them agreed and chose to donate to our organization as we were the first one to ask them about it and had a compelling donation appeal letter. Later on, I used the formula of Unity is Strength and called up a Skype meeting with many of the founders of different little groups working on the same cause. I proposed that if we all unite together, we can work in a much better and more efficient way, so that there would be a proper check on the usage of the money. People would get the food packs and help, when otherwise, if different groups worked in same area this might have caused a big confusion. This way we collectively raised a huge sum of money, it was all our team work which helped us do it. That was in 2010. Even in 2012, the NGO is still running, but now it works on projects, choosing a project to work on and grabbing another one when completed. 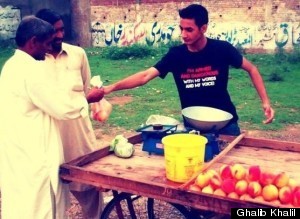