As a touring rock band, you dream of playing music every night for the
rest of your life and hope that you can make a living at it. The only
issue is, these days, no one buys records and people seem like they
don't care like they used to.

We have been a band for more than eight years. We have seen managers, band
mates, publicists, record labels and mentors come and go. We have had
people tell us that it was done and time to throw in the towel long
ago, but we didn't listen. There was something built inside us that
told us to keep going. We weren't sure what it was, but we knew more
than anything else in our lives that THIS was not "done."

Around late December, The Real L Word contacted us about being on
the show. This seemed completely surreal at the time. Like someone was playing a
weird lesbian trick on us. Did we have aspirations to become the next
celesbian reality stars? Hell no! It didn't even cross our minds.
Were we up for anything? Always! 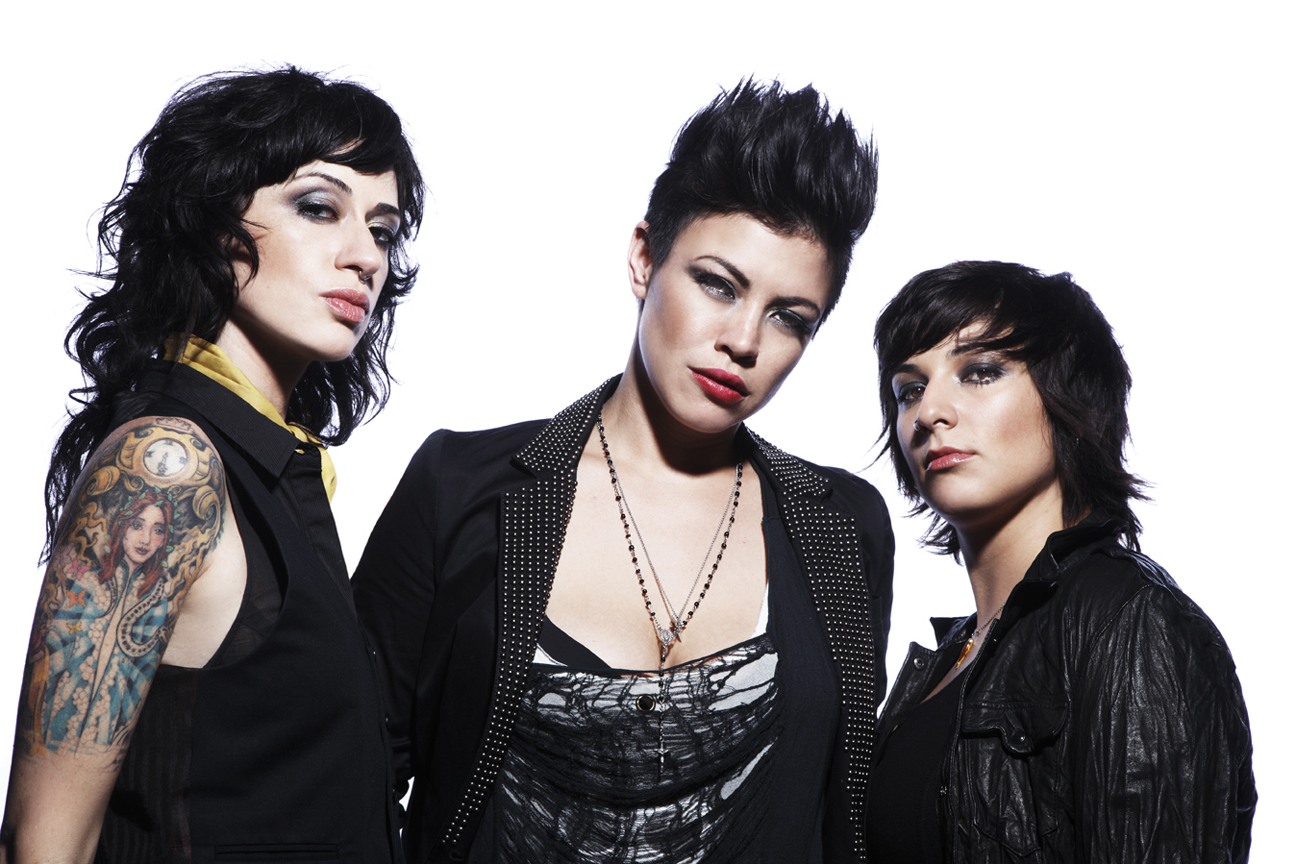 So let's fast forward to nine months later. The entirety of the third
season has aired and we are on tour, doing what we know best. This
tour has had everyone in anticipation of some kind of bigger and
better change. We have definitely seen a change for the positive. We
pull up to cities that we have never set foot in, like Birmingham,
Alabama and the room is full with people shouting our names.

Walking into a full room of people who are there, waiting to hear your
music has to be one of the most rewarding feelings in life for a young
musician. It's the moment you have always been waiting for. The only
difference with our current situation is that we are banking on the
fact that they are actually there to listen and not to ask questions
about what kind of birth control Romi Klinger uses.

However, I was taught not to bite the hand that feeds you. I walk out
on stage every night extremely grateful. I walk out there and remember
the nights when we played to seven people and didn't know whether we would
be invited back. These fans are excited, supportive and here to have a good time. So if they
listen to a few songs and also want to know if Lauren and I "scissor"
I don't give a shit.

When you expose yourself on reality television you have to be ready
for the positive and the negative. What I learned most was how to
accept the negative. Let's be real, most artists are sensitive souls.
They reveal their most inner experiences to the general public and
when their work is torn apart, it can leave a lasting burn. Reality TV
has definitely groomed me to take a punch or two. Not only were we
exposing our music to the masses for judgment, but our personal
stories that created that music. It was difficult at times to accept
that some people thought I was a "douchbag, asshole who made
shitty music" but I wasn't going to complain, because this is what I
signed up for, and every night that I walk out on that stage makes
every punch worth it.

The Real L Word has given us a tremendous platform to share our music.
We are reaching people in places that we never would have imagined.
The show has changed the game for our band. We are not only a rock
band, but also a defined personality. People come to shows and don't
just want to hear our song "Liar, Liar," but they want to see Laura's
boobs, watch keyboards break and see me live out the role of "The
Dictator." We also really want people to know: While we're proud to
represent the LGBT Community, we also hope people don't define our
music or us by our sexuality. At the end of the day, if we get to
play music in a room full of smiling faces, we are happy. This
experience has only helped us to do what we love and we love it for
that.

As a special exclusive, hear the first single, "Crying," from Hunter
Valentine's upcoming album Collide & Conquer due out October 23rd
via Megaforce/Sony: