The problem we all face when encountering a new work of art, is one of comprehension. Anyone can find themselves at something of a loss when facing a painting or sculpture that is fresh out of an artist's studio. Even Sir Nicholas Serota, the internationally respected boss of Britain's Tate Gallery empire, once told me that he can be a little "daunted" when seeing a new work for the first time. "I often don't know what to think," he said. "I can find it very intimidating." That is quite an admission by a man who is a world authority on modern and contemporary art. What chance for the rest of us?

Well, some I'd say. Because I don't think the real issue is about judging whether or not a brand-new piece of contemporary art is good or bad--time will undertake that job on our behalf. It is more a question of understanding where and why it fits into the modern art story.

This willing confession of ignorance is not due to a lack of intelligence or cultural awareness. I have heard it said by famous writers, successful movie directors, high-flying politicians and scholarly university academics. Of course they are all, without exception, wrong. They do know about art. What they really mean is that they know nothing about modern art. Actually, what they really, really mean is that they might know something about modern art--that Andy Warhol made an artwork containing some Campbell's Soup cans for example--but they don't get it. They can't understand why something that they perceive a child might be able to do is apparently a masterpiece. They suspect, in their heart of hearts, that it's a sham, but now that fashions have changed, find that it is not socially acceptable to say so.

I don't think it's a sham. Modern art (spanning roughly the period from the 1860s to the 1970s), and contemporary art (generally considered to be art produced by still living artists) is not a long-running gag being played by a few insiders on a gullible public. The truth is that the exceptional works of art created today, and over the last century, represents some of Man's greatest achievements in the modern era.

Will Gompertz is the author of the new book What Are You Looking At?: The Surprising, Shocking, and Sometimes Strange Story of 150 Years of Modern Art. 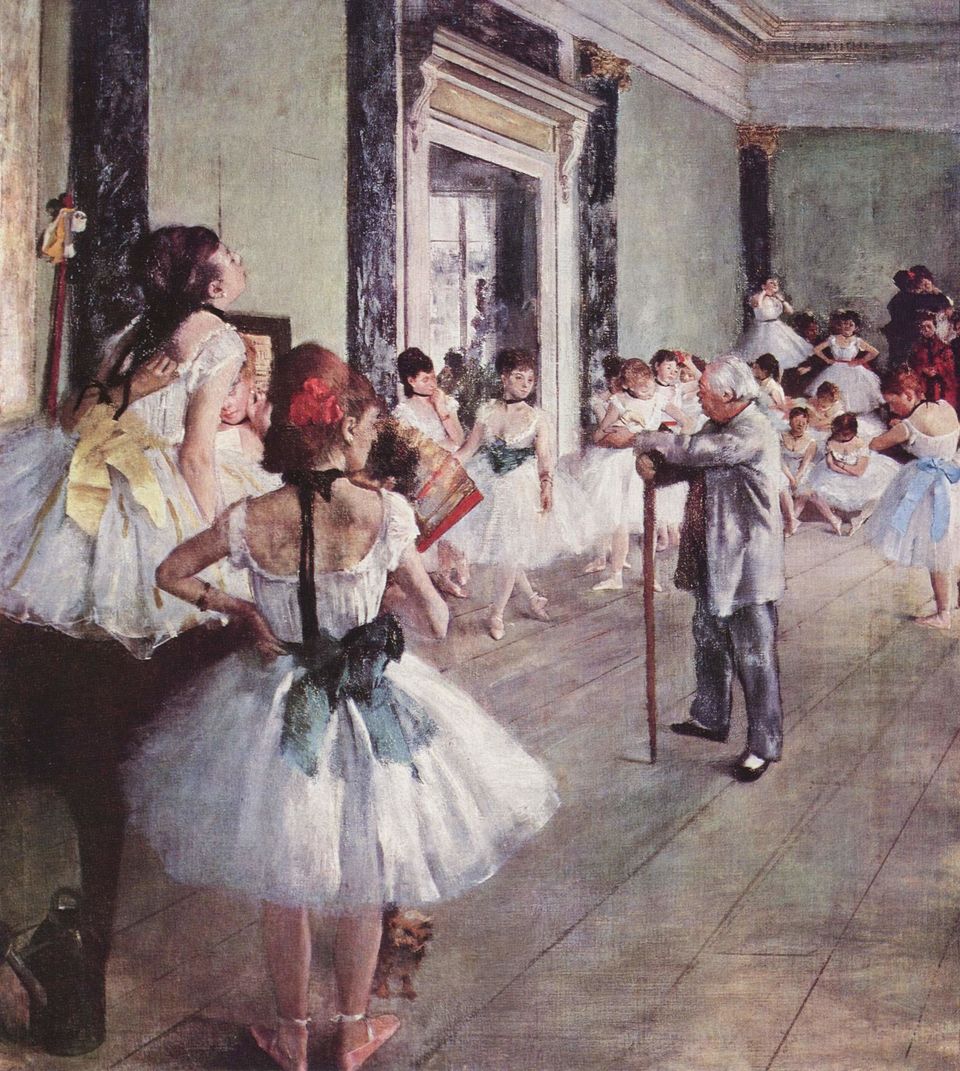 1 / 7
Edgar Degas “The Dance Class”
For those of who have worked backstage in a theatre and watched ballet dancers rehearse, this is a wonderfully accurate and evocative painting. It captures the feline nature of ballerinas, at once lazy and distant, while at the same time portraying a poised physicality that is both sensuous and powerful. Degas’s intention was to communicate to us that what we are seeing is a fleeting moment that he has frozen in time.