TO HAVE AND HAVE ANOTHER is a cocktail lover's guide to the life and works of Ernest Hemingway. Just as those drinks add depth, character and nuance to the scenes he was describing, they also add to the biography of one you might call, with apologies to Dos Equis, the original World's Most Interesting Man.

I remember my first Hemingway drink: I was reading Islands in the Stream, and I was on Sanibel Island, Florida. I had coconuts, I had limes, I had gin, and I had bitters, so I made a Green Isaac's Special. I then re-read that scene where David fights the sailfish. Damn, that was a good drink. That's when I began collecting drink references, excerpts, anecdotes, and more.

A high school graduate, Hemingway attended "the university of the world." From the battlefield to the bullfight, from Paris to Venice to Madrid to Kilimanjaro to Key West to Cuba, Hemingway lived globally but ate and drank locally, to get the flavor of the place. "Don't bother with churches, government buildings or city squares, if you want to know about a culture, spend a night in its bars," he's quoted as saying.

A wine aficionado calls it terroir, the flavor of the region. Hemingway's descriptive style offers that additional perspective, allowing the reader another way to become immersed in the scene. As a history buff, I wanted to know more, the geographical, cultural and historical context. As a food and drink enthusiast, I also wanted to know how to make them, taste them for myself.

In The Sun Also Rises, Jake Barnes has a Jack Rose while waiting in vain for Brett. In A Farewell to Arms, Frederic Henry has a couple of "cool and clean" Martinis; they made him "feel civilized." And in For Whom the Bell Tolls, it is the ritual of dripped absinthe that gives Robert Jordan's temporary solace from the rigors of war: "One cup of it took the place of the evening papers, of all the old evenings in cafés, of all chestnut trees that would be in bloom now in this month.... of all the things he had enjoyed and forgotten and that came back to him when he tasted that opaque, bitter, tongue-numbing, brain-warming, stomach-warming, idea-changing liquid alchemy."

I wanted to know more about that Jack Rose, to drink a Martini and feel those same feelings, to experience the ritual of absinthe, to put myself in those scenes, if only for a moment.

I somewhat soberly note that Hemingway drank too much, likely shortening his life. His was a life full of pain, both emotional and physical, and alcohol was often his anesthetic. Hemingway "explained the nights of drinking as a necessary counterforce to the daily bouts of writing which left him as whipped, wrung out, and empty as a used dishrag." It was a "release," "the irresponsibility that comes after the terrible responsibility of writing." I don't celebrate his excesses, or apologize for his flaws. TO HAVE AND HAVE ANOTHER is meant as a celebration of both his life and his writing. It's not about how much he drank, but what he was drinking, and how he wrote about it. I hope my book will enhance your enjoyment of Hemingway, and allow you to embrace the terroir and taste the scene. Cheers! 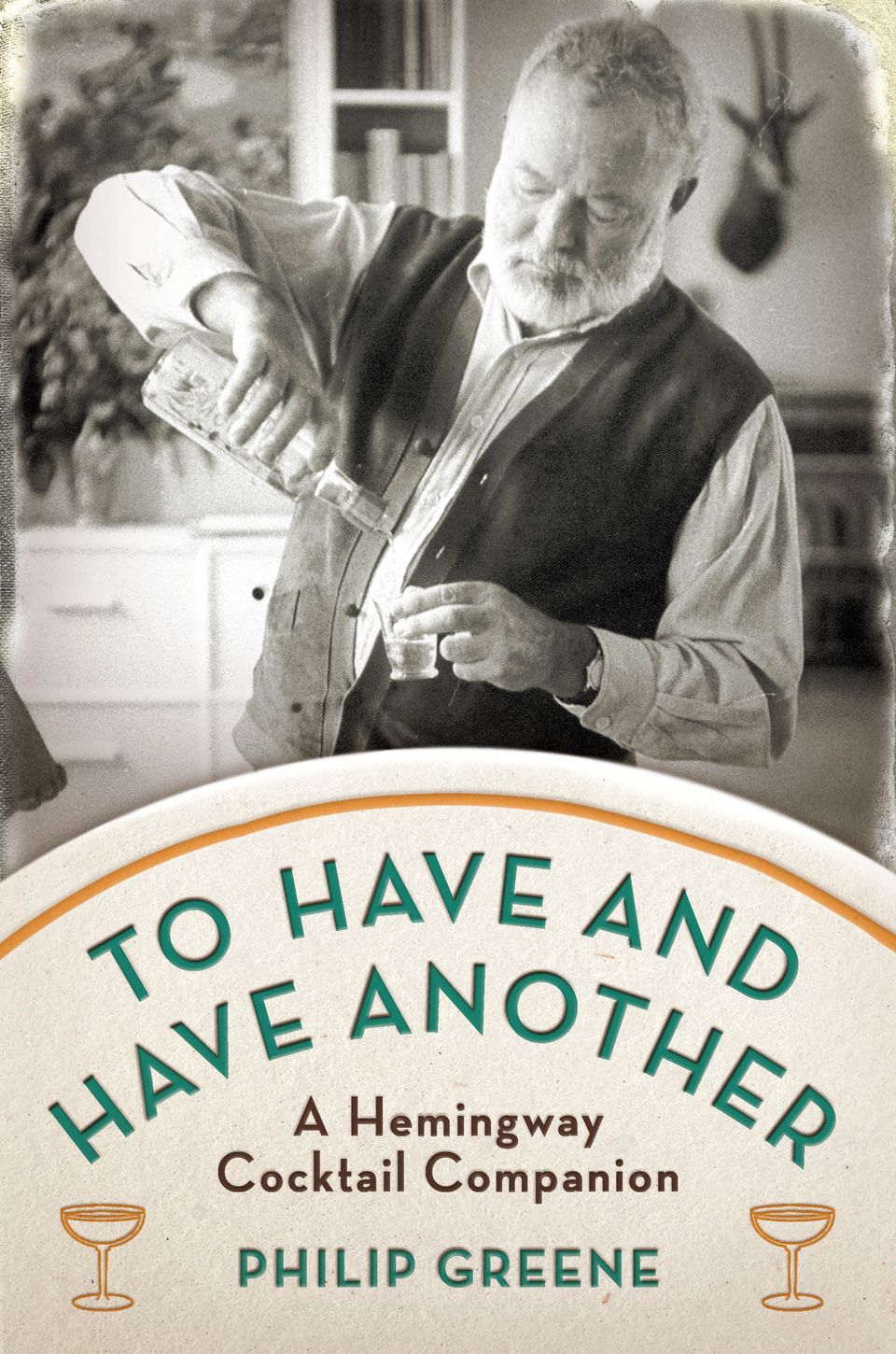 1 / 10
The Martini
1 ¾ oz dry London style gin 1/8 oz French dry vermouth Stir well in a mixing glass with plenty of ice, strain into a chilled cocktail glass. Garnish with a couple of frozen Spanish cocktail onions, or a chilled garlic onion. Hemingway sometimes garnished his Martini with thinly sliced onion. He liked them dry, and bloody <em>cold</em>. In a 1947 letter to his publisher, Charles Scribner, he describes his <em>modus operandi:</em> “We have real Gordon’s Gin at 50 bucks a case and real Noilly Prat and have found a way of making ice in the deep-freeze in tennis ball tubes that comes out 15 degrees below zero and with the glasses frozen too makes the coldest martini in the world. Just enough vermouth to cover the bottom of the glass, ounce 3/4 of gin, and the Spanish cocktail onions very crisp and also 15 degrees below zero when they go in the glass.”